The ride took place on 10 September with the aim was to help raise awareness of the risks of suicide. It lasted a little longer than planned, 39 miles in total as they encountered a few diversions on the way.

The group set off and finished at Woodside Ferry Terminal and took approximately five hours to complete. Participants included public health workers as well as staff and service users from a number of charities and social enterprises including the Spider Project, HYPE CCC, The Open Door Centre and many others. 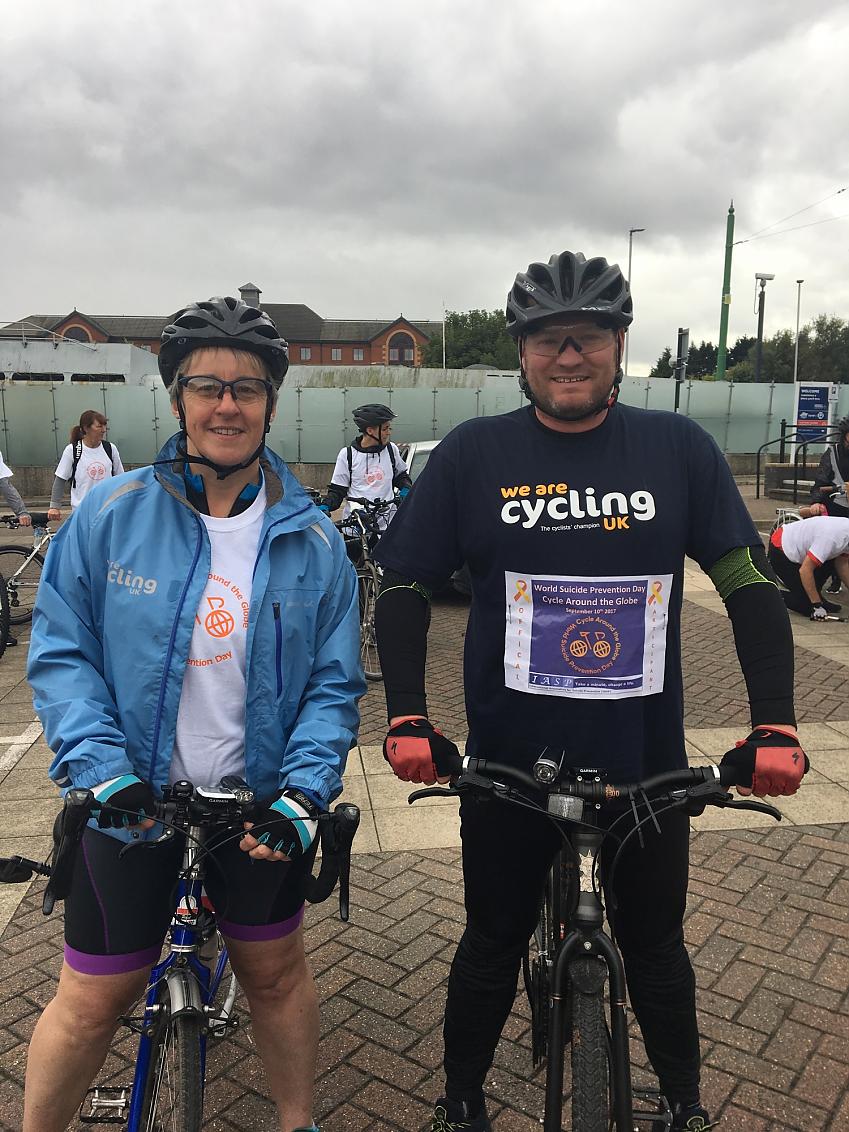 Chris Alston said: "Most people are now aware about the benefits cycling has on physical health as it improves cardiovascular fitness, reduces body fat and builds strength, however it also has a positive impact on mental wellbeing.

"Cycling is a low-cost activity that enables people to exercise outdoors on a regular basis and can play a key part of any recovery programme aimed at combating depression, anxiety and stress.

It’s been a pleasure to pledge our support to a great cause and it was fantastic to see so many new and experienced cyclists joining forces to spread the message that it’s OK not to be OK.

"I’d like to thank everyone involved and particularly those members of the public who braved the rain to support us along the way.”

Mel Bowen who runs the Spider Project, a mental health and addiction recovery project said: “Cycling is such a natural, communal pastime, it’s a great antidote to poor mental health and a perfect method to bring people together to get a message out there.”

Thank you to everyone who took part! If you fancy going for a friendly ride in your local area, why not try out our county guides planner for ideas of where to go.

Wirral Wheelers ride for a good cause View

Cycling lives up to the HYPE for new employee Ed View