My Ride to Work: Ian Taylor

My Ride to Work: Ian Taylor

Our Cycle To Work Day series continues with Ian Taylor (our IT guru) reflecting on his rides to and from work.

I initially started to cycle eighteen years ago, just to get to and fro work as we didn't have a car. I had a 6am start and lived seven miles from work, so the only option I had was my old Nigel Dean bike from when I was a teenager. Since then (barring niggling injuries), I have cycled nearly every day either to work, the shops, for days out or on longer-reaching cycle holidays. Cycling has become a big, and happy, part of my life.

My current cycle into work starts its first half of the journey on a busy main road, which is quite wide and straight, so there is plenty of space for people to comfortably pass me in their cars. Just before I reach Guildford town centre, I cut down to a towpath so that I miss a major junction (and traffic lights) in the rush-hour jams of Guildford centre. 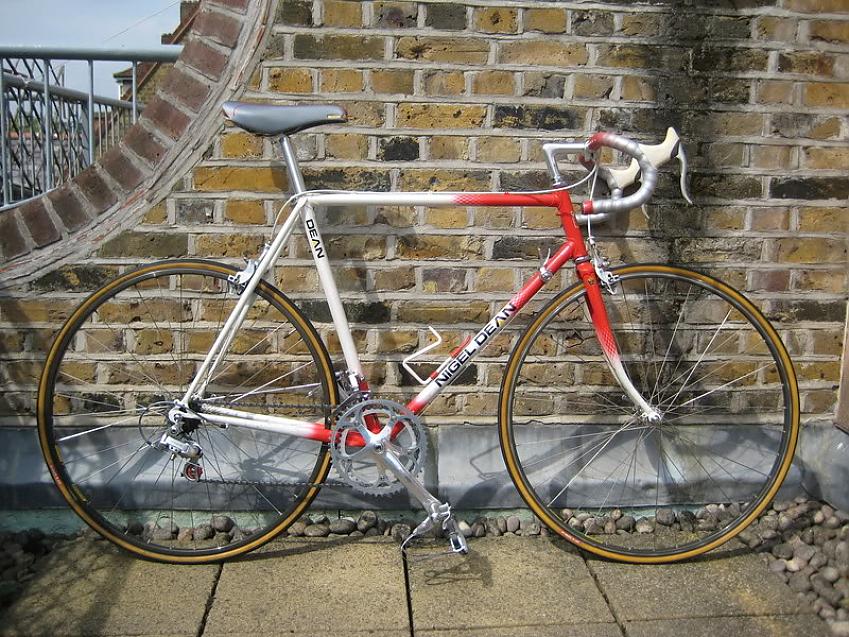 This route away from the busiest of roads takes me up to an inaccurately named “Wooden” bridge (it’s made of concrete). The final stretch is the worst bit of my cycle with small, poorly surfaced and busy roads, meaning I'm feeling the 'squeeze' often, as I get closer to the office. At least by then, I can grab a warm cuppa and crack on with the day. What I really like about cycling every day is that, being a keen home baker, I don't have to worry so much about what I eat, and can enjoy my homemade fare.

What I really like about cycling every day is that, being a keen home baker, I don't have to worry so much about what I eat, and can enjoy my homemade fare."

My route is not all that inspiring but, at 25-30 minutes of cycling, it is nearly as quick as the same journey in the car and sometimes it's much quicker when Guildford is in gridlock. Just the six miles each way is enough to keep some kind of fitness up and strength in my legs, so that when I go out for longer rides or tours it’s never too strenuous (I cycled over 150 miles recently, enjoying one day joining the Great Tour 2015, which is riding around the whole of the British coastline).

Cycle To Work Day 2015 takes place on 3 September. You can pledge your involvement for a chance to win some great prizes, so join the tens of thousands of people who will be cycling to work?