How cycling can tackle health inequalities

How cycling can tackle health inequalities

A new report shows that health inequality in Scotland is getting worse. Evidence from Cycling UK projects tells us that cycling can address many of the health issues that disproportionately impacts people in the most deprived areas. Donna Nicholas, Cycling UK’s Research and Evaluation Manager for Scotland, explains.

Last week the Scottish Government published its annual monitoring of health inequalities. That is, the difference between the most and least deprived areas in Scotland for various health indicators.

The report did not make easy reading. The gap in premature mortality rates (deaths occurring before the age of 75) between most and least deprived areas has increased to its highest point in 10 years.

People are now four times more likely to die early in the most deprived areas, compared to the least.

Not only that, people in the most deprived areas experience more years of poor health too – poor mental health including stress, depression and anxiety; mobility issues and chronic conditions such as diabetes, cancer and heart disease.

According to The Equality Trust, if we halved inequality in the UK, mental illness would reduce by two thirds and obesity and related conditions such as diabetes, cancers and heart disease would halve.

Cycling UK runs a range of projects across Scotland which help address many of the impacts of multiple deprivation on people’s physical health and mental wellbeing.

Many participants talk to us about how cycling impacts their lives and particularly their health. Here are some of areas in which cycling has a key role to play, and feedback from our riders on how cycling has helped to change their lives:

Cycling is a form of aerobic exercise, which can reduce your levels of cortisol, the ‘stress hormone’. It also stimulates the release of endorphins, the ‘feel good hormones’ which can reduce anxiety and make you happier.

Cycling also promotes mindfulness - you focus on the sensations of the present moment instead of being caught up in potentially negative thoughts.

"I've always struggled with depressive episodes and anxiety and then with the physical problems I've had, that's just made it kind of worse.  And I can't really put into words how different I feel [since cycling]. My mental health is much better. I'm actually at the point where I'm thinking, ‘I don't know if I need to be on medication anymore. It has just been amazing." – Female participant from our WheelNess project in Inverness.

"If you're on a bike, just that pure air… in your hair… under your helmet, it does take your mind off what’s bothering you, your whole mind process changes.  So, yeah, it's definitely from the mental health point of view, very beneficial as well." – Angela, participant with MS, WheelNess. 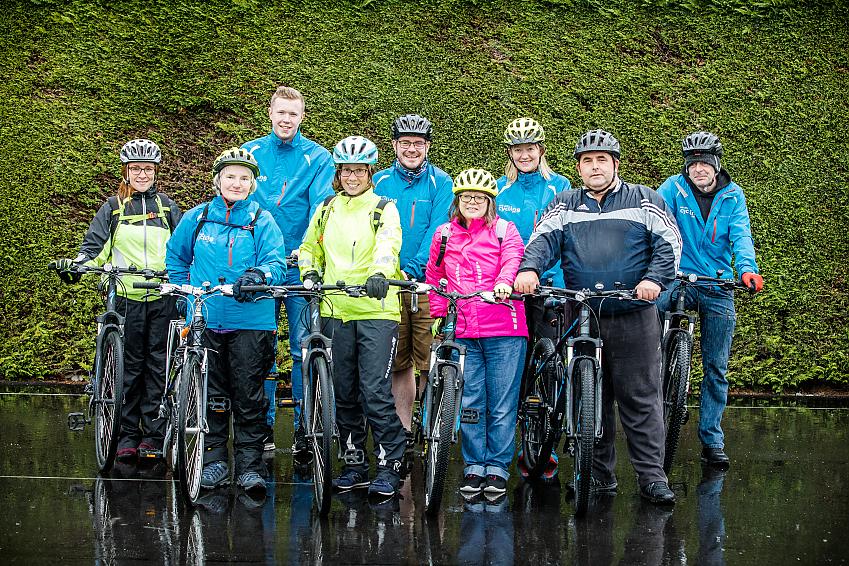 The cycling is brilliant just with confidence, everyday confidence. The confidence to get out and do it, to cycle, to put aside the fear, you could say. – Jim, participant with anxiety disorder and chronic pain from Health Revolutions project in Edinburgh and the Lothians.

“The best thing about getting the bike is that I’ve got freedom!” – Jamie – received a bike at a Big Bike Revival event in Renfrewshire. 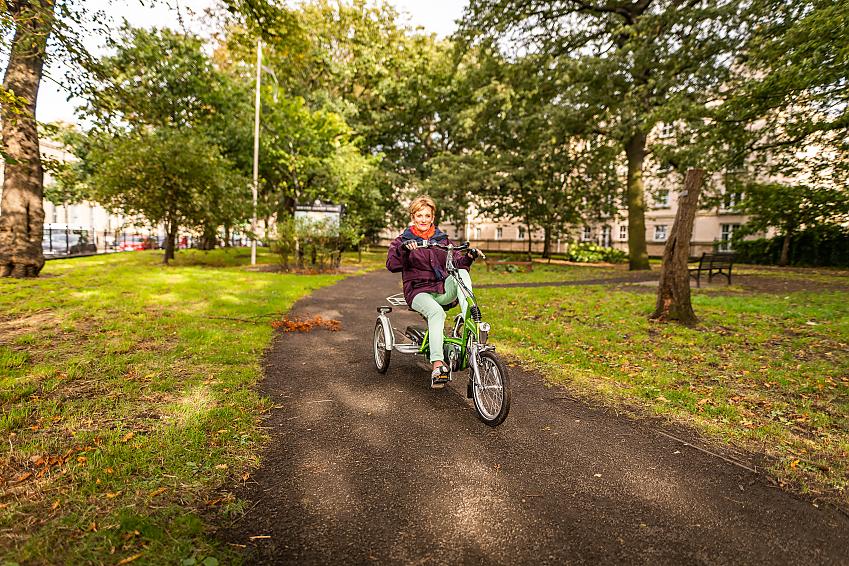 "I just feel as if I’m part of the world again, doing normal things. I’m included."

Cycling is a good way to control your weight because it raises your metabolic rate, builds muscle tone and burns body fat. Research suggests we should be burning about 2,000 calories a week through exercise. Steady cycling burns about 300 calories per hour.

"I've lost weight without really changing my diet… I have actually lost a stone so far… My bum's a bit higher up than it used to be!” – WheelNess participant, four months after starting to cycle.

"The cycling’s helping a lot with the weight." – Jim, Health Revolutions. 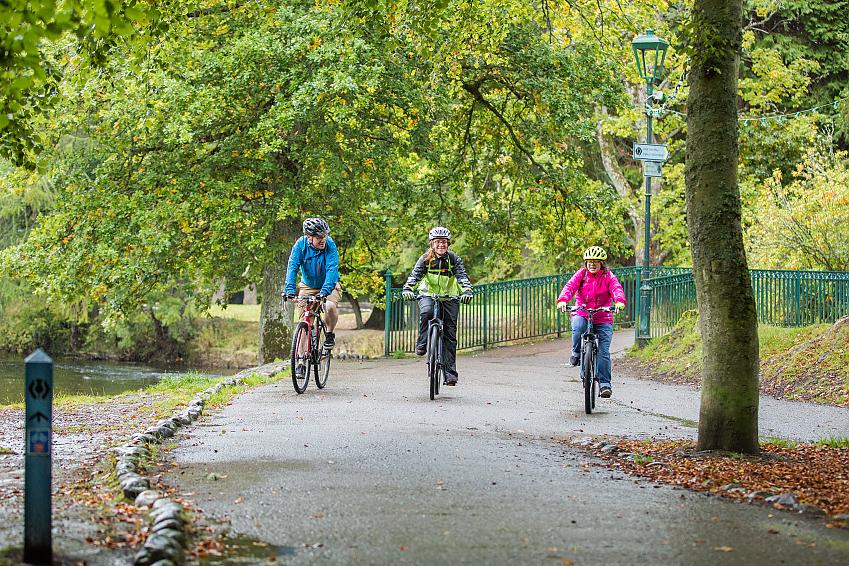 A WheelNess group ride in Inverness

Cycling strengthens your heart muscles and lung capacity and reduces the level of fat in your blood. A Danish study conducted over 14 years with 30,000 people aged 20 to 93 years found that regular cycling protected people from heart disease.

Further, researchers from the University of Glasgow (2019) studied over 260,000 individuals over the course of five years and found that cycling to work can cut a riders’ risk of developing heart disease or cancer in half.

“There’s the physical benefits. There’s the fact that I am moving. I’m moving my muscles; I’m getting my heart rate up. I am exercising in a way that I cannot manage unless I maybe went to a gym or something like that which is really, really boring!” – Susan, Edinburgh ABC.

"I’d rather go on a cycle – getting all the workout I need but you’re outside, you’re seeing things and you’re moving, it’s just brilliant. That is a tonic in itself. It’s good for the mind, and physical exertion for the body.” – Stuart, Edinburgh Handcycling Experience.

Research in Finland found that people who cycled for 30+ minutes per day had a 40% lower risk of developing Type 2 diabetes.

I've not been for an official check with the doctor yet, but from testing my own blood sugars, they're at non-Diabetic levels now. And I'm fairly sure when I get checked I might be told that actually, I don't have Diabetes anymore.

"I've not been for an official check with the doctor yet, but from testing my own blood sugars, they're at non-Diabetic levels now. And I'm fairly sure when I get checked I might be told that actually, I don't have Diabetes anymore." WheelNess participant, four months after starting cycling.

Of course, there are myriad other factors that impact on people’s health. But our projects show that cycling – being active, breathing fresh air, accessing the outdoors, reducing loneliness and isolation – has a big role to play 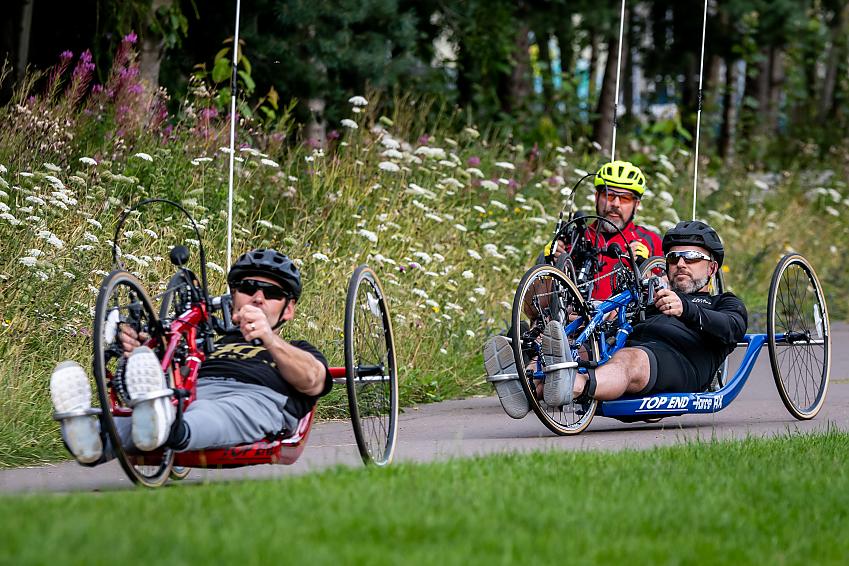