'Exceptional hardship': Why it's time to close the driving ban loophole

Phone use while driving is incredibly dangerous, and a common trigger for 'totting up' disqualifications
By Keir Gallagher
Friday, 6 August 2021

'Exceptional hardship': Why it's time to close the driving ban loophole

Cycling UK has published a report detailing the human cost of the 'exceptional hardship' loophole, allowing drivers to avoid bans despite accruing 12 penalty points. Keir Gallagher reflects on why it's time to fix the law and start changing attitudes towards dangerous driving

Enjoying an evening ride with a colleague earlier this week, we found ourselves waiting patiently at a level crossing for a train to pass one way, then the other. As we waited behind the automatic barriers, brought down well in advance of the approaching trains, and staying down well after they’d passed, we couldn’t help but remark on the absurd contrast between the UK’s attitude to safety on the railways, and on the roads.

But how do we tackle this widespread belief that daily deaths and life changing injuries on our roads are just a fact of life? There’s no single solution, that’s for sure, but huge steps could be taken forward by looking at our road justice system, to see if enough is being done to send a message that driving which puts lives at risk is unacceptable. I think you can guess the answer.

Focussing down on just one aspect of this system, Cycling UK’s new report, released this week, examines the ‘exceptional hardship’ loophole which drivers can use to avoid a driving ban despite totting up 12 or more penalty points. The widespread acceptance of these pleas in the courts encapsulates this pervasive view of dangerous driving as ‘just one of those things’, and forgivable, even where a driver has shown repeated disregard for others’ safety. 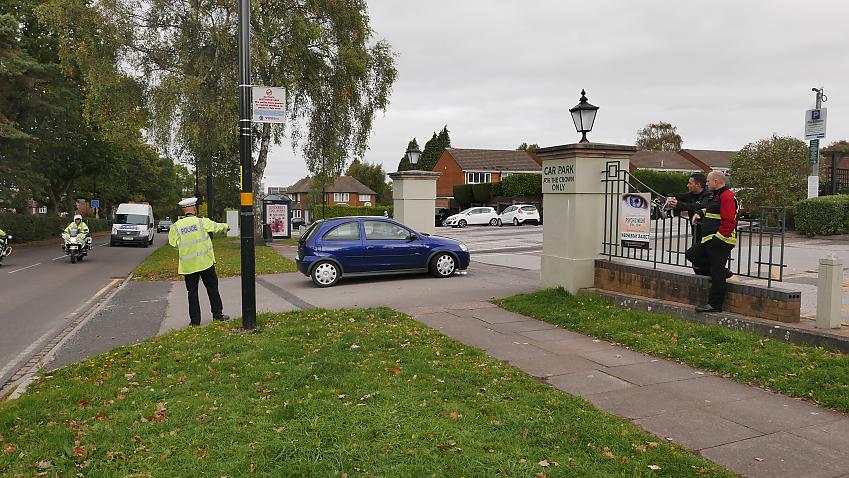 We know that there are over 10,000 drivers who hold valid licences despite having 12 or more penalty points, but this report examines some of the stories behind those numbers for the first time, where drivers have successfully claimed exceptional hardship, often in unexceptional circumstances. Tragically, a number of these drivers have gone on to continue their dangerous behaviour and kill an innocent victim.

Christopher Gard was one such driver. He’d been caught using his mobile phone at the wheel a shocking eight times when he hit the 12 penalty point mark (having twice avoided points by attending a driver awareness course). The magistrates accepted his plea that a driving ban would cause him ‘exceptional hardship’ because it would cause him to lose his living, seemingly ignoring the fact that Gard himself had willingly risked that livelihood – not to mention other people’s lives – by continuing to use his phone at the wheel.

Just over six weeks later, Gard was texting while driving again, when he hit and killed cyclist Lee Martin. 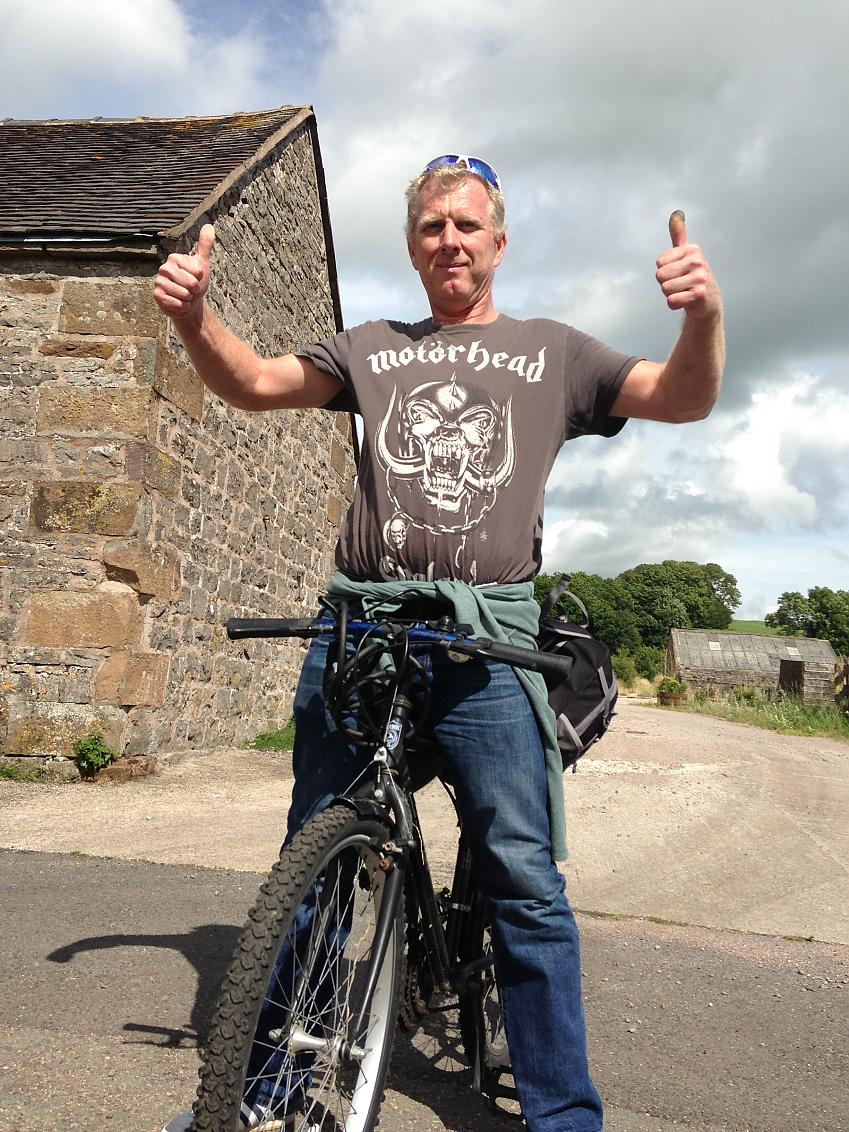 Lee Martin was killed by driver Christopher Gard, after he had avoided a driving ban by pleading 'exceptional hardship'

In 2004, Kurt Sammon mowed down a 13-year-old at 43 mph, before fleeing the scene and dumping his car. He’d been drinking methadone. His victim, Michael Weaver, died from his injuries. Given this history, you would have expected alarm bells to be ringing in magistrates’ heads when he accrued 12 points on his licence in 2018 for using a phone at the wheel.

However, the court accepted his exceptional hardship please. The following year, he jumped a red light and hit 30-year-old Louis McGovern, who died the next day.

The list goes on, and although, thankfully, drivers may not always go on to cause a serious collision, the cases show magistrates time and again prioritising an individual’s right to drive over the risk they have proven themselves to pose to others.

The crux of the problem in legal terms, putting pervasive societal attitude towards road deaths and dangerous driving to one side, is the failure of the law to properly define the term ‘exceptional’, leaving it open to wide interpretation. As the also report highlights, very similar claims about the impact of a driving ban on the defendant’s job or career may see different outcomes, with some magistrates accepting the plea and others denying it, suggesting that the effectiveness of the argument is as important as the actual hardship suffered.

That’s why Cycling UK is calling on parliament and government to close this loophole in England, Wales and Scotland (see info on Northern Ireland), through amendments to the Police, Crime, Sentencing and Courts Bill, by better defining ‘exceptional’ hardship to ensure it really is only used in the most exceptional cases.

Earlier in this month, Ben Bradshaw, MP for Exeter, put forward an amendment to do just that when the Bill was debated in the House of Commons, although it was not pushed to a vote.

Now, as the Bill moves to the Lords, we’re engaging with Peers to ask them to push forward the same amendment, alongside other amendments to fix other aspects of our failing road traffic laws. 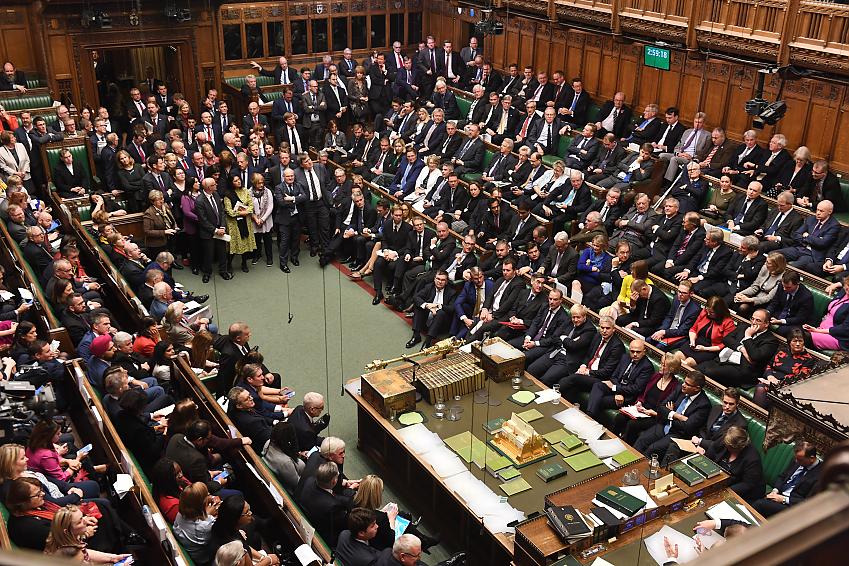 Parliament has the power to fix these failing laws, but we need you to write to your MP.

You can help, by getting our report in front of you MP, and asking them to raise these issues with the Minister for Justice, to keep the pressure on Government to consider these sensible proposals - our online action makes it easy. We’ve seen some MPs suggest claims of exceptional hardship merely represent functioning judicial discretion, but this new report clearly demonstrates that the system is broken, and so even if you’ve already written to your MP, we’d ask you to follow up with them and ask them to look at this report, either using our online action or by sending them the report directly.

Write to your MP to support our campaign

We saw last week the impact we can have when we raise our voices together when the Government announced it would push ahead with changes to make the Highway Code safer for cyclists – lets do the same for our failing road justice laws.

Slowly, but surely, we can make our roads safer, change attitudes, and put an end to the acceptance of deaths and serious injuries on our roads.

Write to your MP to support our campaign

We need our members and supporters to get our new report in front of MPs. Whether you've written to them about this campaign already and would like to send a follow-up email, or would like to write for the first time, our online action makes it easy to write to your MP today.

What about Northern Ireland?

You can keep up to date on all our activity in Northern Ireland on our website or signing up to our monthly UK-wide campaigns newsletter.

Fail to stop law shows no compassion or humanity View