Bringing a section of Northshore to Ride Leicester’s Sky Ride was a fun way to link up two aspects of the CTC at a great city festival. Five miles of closed roads and the chance to ride through the football stadium attracted families from across the region.
The Northshore was well-loved:  it was wonderful to see so many excited faces trying something we don’t otherwise have near the city. Volunteers from local CTC clubs were invaluable – they spoke to well over 1,000 people individually. They gave advice on where to gain confidence riding in traffic when the roads are 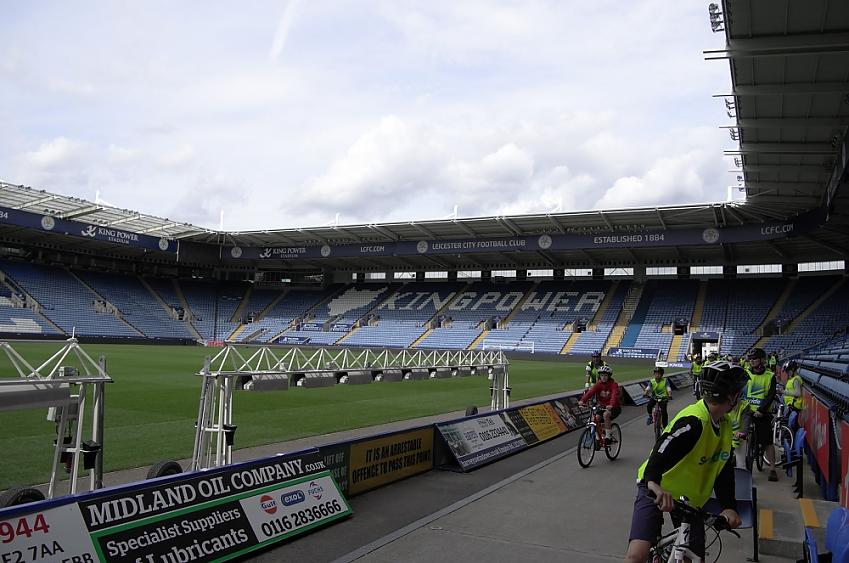 open, where around the county to ride with groups, as well as introductions to mountain biking and maintenance courses.

It was especially nice to see Marcus progress from a young volunteer to working on the day, developing his Skills Instructor (urban) skills. It’s been a busy summer and this was his third event with CTC Cycling Champions Project in the week. 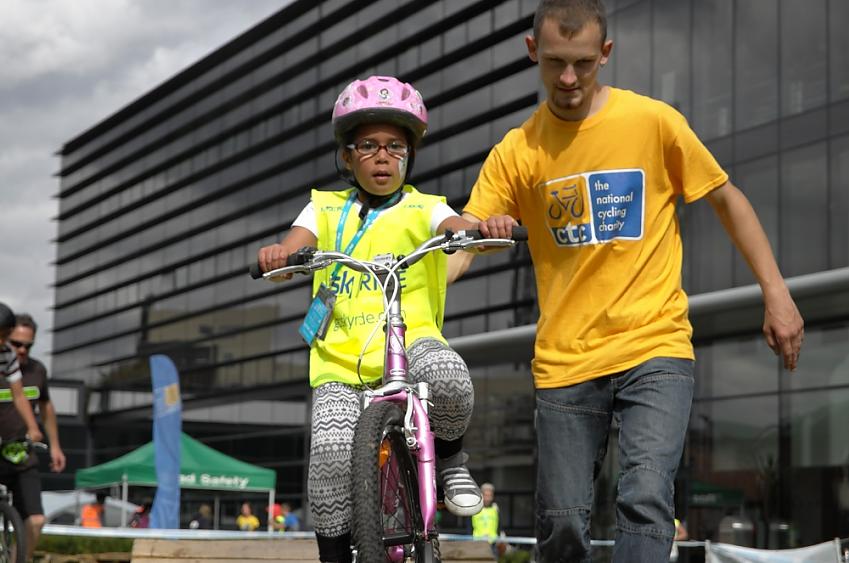 Luke and co from 'Get Out There MTB' were encouraging and welcoming from start to finish, always attentive to all 250 people who queued up to have a go - or two or three - as their skills increased and nerves decreased. We could hear people muttering their 'eyes-ahead' mantra as they continued down the road to the next stop on the route. 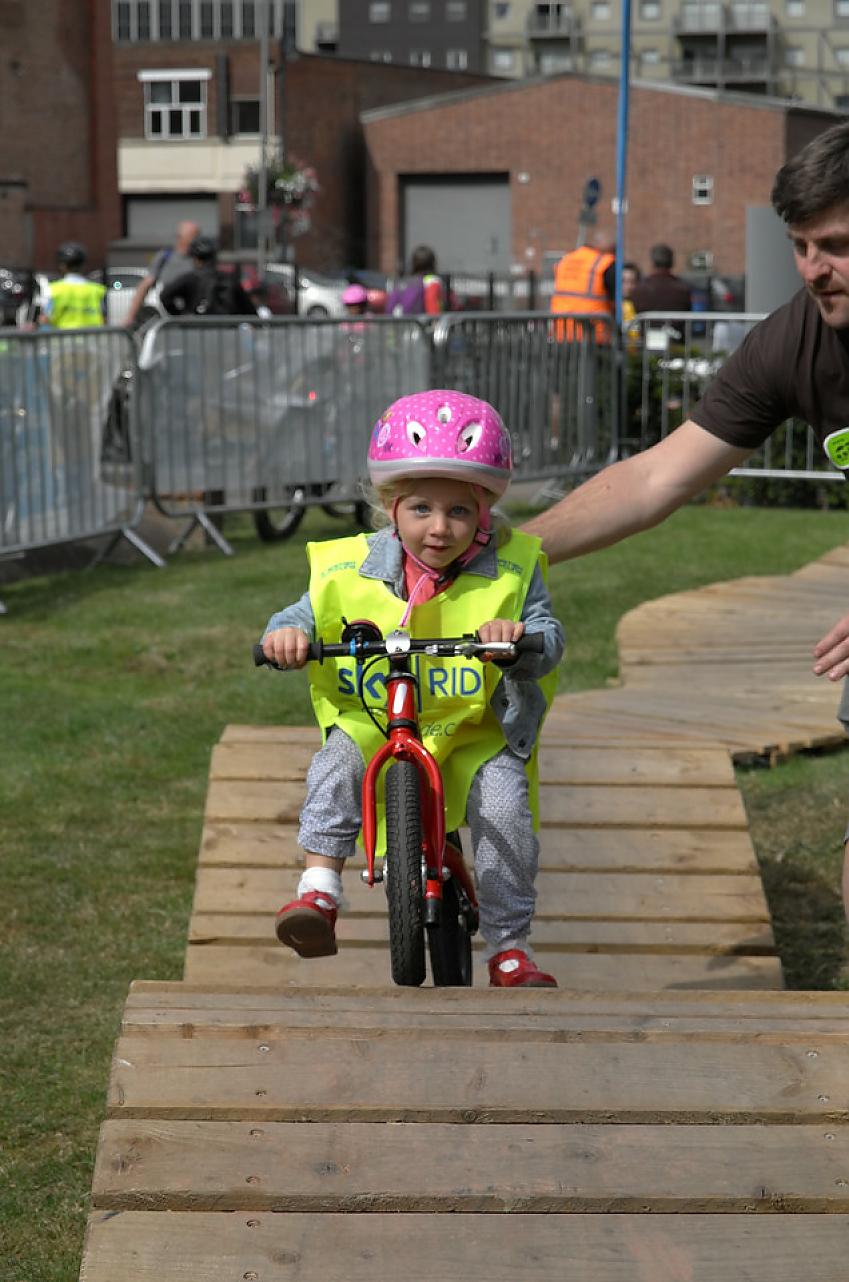 This is the sixth year that we have been part of the Sky Ride in Leicester. I would guess that the numbers attending have nearly doubled from the first event in 2009.  Certainly, the ride gives more access to the city centre nowadays, and it was pleasant to have a route that included the High Street area this year.

We hope that people combine their once-a-year excitement with the advice received on the day and are encouraged to become regular cyclists.  We expect to see an upsurge each year in people who want to increase their skills as cyclists after the event. 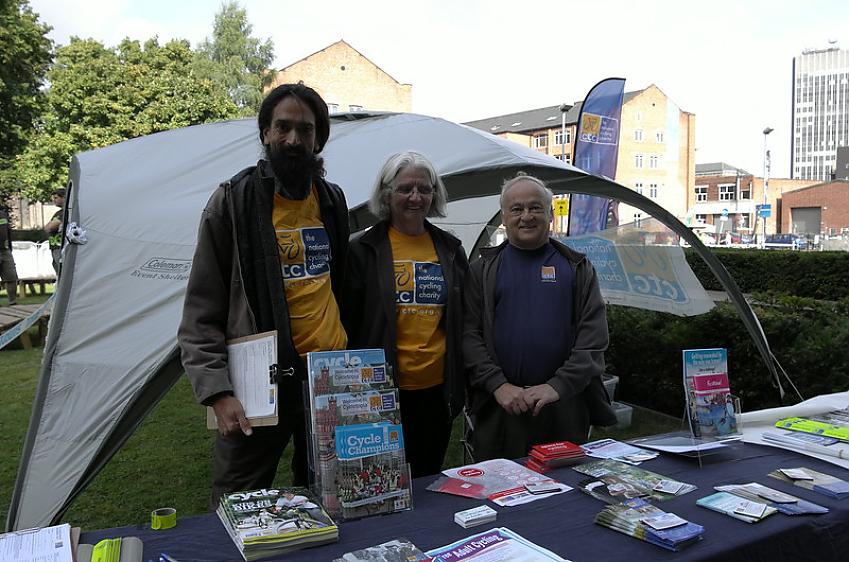