Cycling to school: a 'right' of passage

Cycling to school: a 'right' of passage

The British Journal of Sports Medicine today issued a 'call to action' urging a radically rethink of car-focussed transport investment, while suggesting that cycling and walking to school offer the solution to childhood obesity crisis. Keir Gallagher, Cycling UK's Campaigns Officer, backs their call, while responding to the worrying trend of ‘cycle bans’ implemented recently by some schools.

At the age of around 16, I began cycling to my school in Glasgow, the only pupil at the time to do so. My bicycle offered me both freedom and independence, and I was soon cycling everywhere; to friends’ houses, to the park, into town. I never looked back, and I carried the habit on to London when I moved south for university. Those early commutes set me up for life: my bike remains my go-to transport for almost every journey I make.

As my own experience proved, schools are perfectly positioned to normalise cycling as the first-choice form of transport for children. However, despite this golden opportunity, a letter published today by the British Journal of Sports Medicine (BJSM) highlights a 42-year trend away from active travel and towards car use for school commutes.

The BJSM letter, which was sent to UK transport ministers, quite rightly urges a radical rethinking of transport investment as a key step in tackling childhood obesity, and argues that a “windscreen perspective”, in which transport ministers and highways authorities look at transport development from the perspective of drivers, has steadily increased car usage, which has lead to increased concerns over the safety of walking or cycling to school. 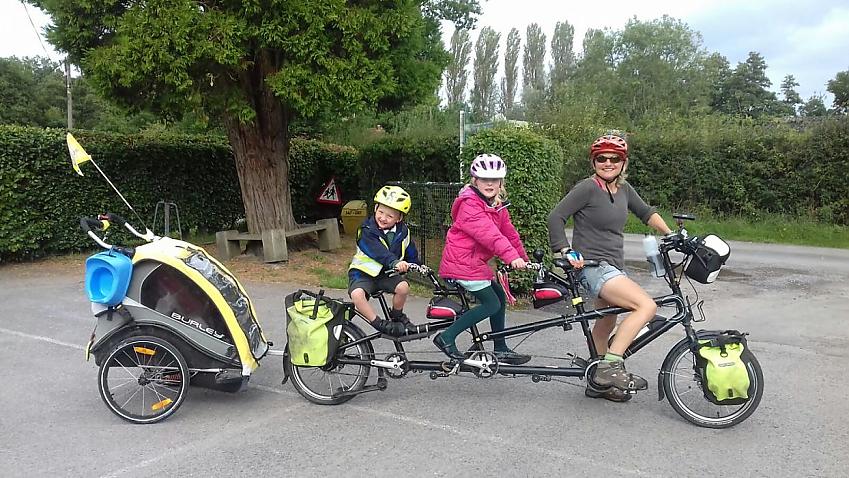 By promoting and supporting active travel, schools can trigger a mini cycling boom in their community

The BJSM are calling for at least 10% of national transport funding to be invested in active travel to combat child obesity, which reflects similar calls for increased funding from Cycling UK. On top of the BJSM's evidence, our own research shows that a boost to cycling levels would benefit children’s physical and mental health, their concentration in the classroom, and offer financial savings for parents, environmental benefits and economic growth to the entire country

With their ability to ingrain habits at an early age, schools may also be part of the solution to overcoming one of the cycling community’s biggest challenges – a lack of diversity. Low cycling levels amongst women, black and ethnic minorities (BME) and low-income groups arises from embedded social and cultural barriers, with BME and low-income group consultations showing that many people from these backgrounds “don’t know anyone who cycles”. Instilling a love for cycling at an early age will help ensure that all children grow up surrounded by cyclists, and this could represent a significant step forward in overcoming this persistent challenge.

However, alongside funding from government, schools need to be more proactive in taking up their responsibilities as educators to help, not hinder, the development of active travel.

One step forward, two steps back

Unfortunately, the safety fears which have built up thanks to the government’s car focussed investment have recently triggered a concerning trend of cycling bans being implemented in some schools in the 2017/18 year.

The policies vary from one school to the next, but a standard example from one school was a threat to confiscate the bicycle of any pupil who left school by bike without a helmet.

Although there’s no doubt the school in question was acting with the best intentions, these policies symbolise one possible end game of the Government’s "windscreen perspective" – a world in which the entire onus for cycling safety is put on cyclists, and one in which cycling is often considered so dangerous that it simply cannot be permitted. Meanwhile, motor vehicles – the source of the danger – are catered to with seemingly endless investment in car friendly infrastructure.

If these policies become more widespread, they could have a devastating impact on the development of a cycling culture in the UK. Their direct impact will be a further decimation of the numbers of children cycling to school, worsening the trend already identified by the BJSM. This will, of course, increase car traffic, contributing further to the source of the danger, as opposed to reducing it.

The indirect impact will be even worse: by reinforcing the idea that cycling is an inherently dangerous activity and putting the onus of safety on pupils, as opposed to motor vehicles and poor road design, these policies further ingrain a subconscious association between cycling and danger which is currently the biggest barrier to cycling in the UK.

As far as helmets are concerned, the reality is that there is no clear evidence to support the safety benefits of helmets – with various studies showing that they are certainly not the magic wand waving a spell of protection over their wearer as sometimes made out to be. This informs Cycling UK’s policy on helmets, which is one of simple choice: parents should be trusted to know what is best for their children. 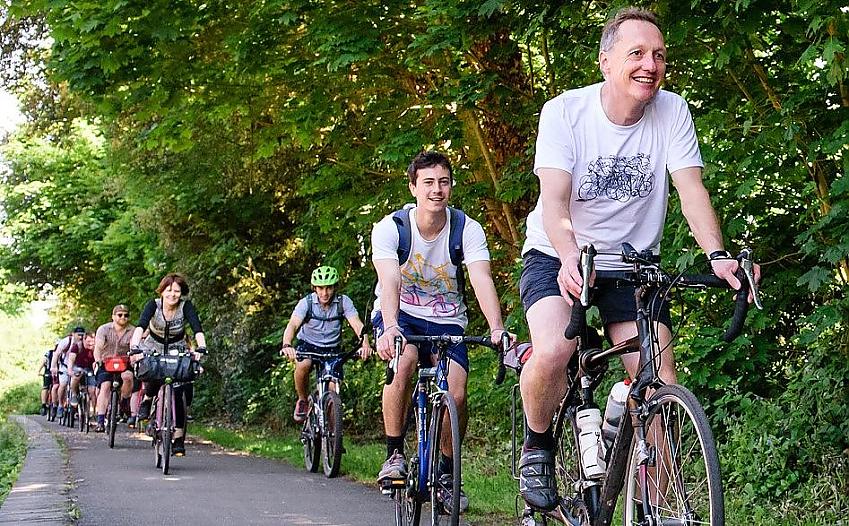 On the other hand, there is certainly clear evidence to show that obligatory helmet rules seriously affect cycling uptake. States and cities which have implemented helmet laws have seen a 30-40 per cent reduction in cycling levels. In Sydney, the introduction of such laws triggered a 90 per cent fall in the number of teenage girls cycling. Here in the UK, only 20 per cent of girls currently meet the government’s physical activity recommendations, but girls who cycle to school regularly are seven times more likely meet those targets.

Mandatory helmet rules within a school community will therefore trigger a significant reduction in cycling levels among young people, while potentially doing nothing to improve the safety of cycling. This is a genuine disaster in terms of public health, not to mention the financial impact it may have on families.

The indirect impact: the "cycling is dangerous" myth ingrained in another generation

These rules also feed into the victim-blaming rhetoric surrounding cycle safety, which actively frustrates attempts to tackle the underlying dangers on our roads.

Of course, cycling carries risks. But so does walking. In fact, for every mile traveled, you’re more likely to be killed as a pedestrian than a cyclist. Yet if a headteacher banned pupils walking to school without a helmet, and threatened to confiscate their shoes should they fail to do so, they would become a laughingstock.

Research has found that where more cyclists are present in an area, injury rates fall. By putting off significant numbers of potential cyclists, schools leave those who continue to cycle at increased risk

In focussing their energy on helmet use, schools mislead children and parents as to the realities of cycle safety, and suggest responsibility lies at the door of cyclists, not the drivers who knock them down. This in turn allows lawmakers and highways authorities to deflect their responsibility to fund safe cycling infrastructure.

This misconception creates a negative feedback loop which will forever restrict the development of a cycling culture: schools put the onus of safety on pupils, no action is taken to tackle dangerous driving or poor road design, avoidable cyclist deaths and serious injuries continue, fuelling the perception of cycling as bring inherently dangerous, leading schools to enforce helmet or Hi-Viz use, restarting the loop.

To compound this, research has found that where more cyclists are present in an area, injury rates generally fall, as drivers become more aware of cyclists and local authorities begin investing in safer infrastructure. By putting off significant numbers of potential cyclists, schools leave those who continue to cycle at increased risk.

What is to be done?

Clearly, this negative, victim focussed approach will actively deter budding cyclists - a tragedy given that schools provide such vast potential for the positive development of cycling in future generations.

As the BJSM rightly notes, there is no single solution to the diminishing uptake of cycling to school. However, there are clear, positive actions which must be taken, and which we know from experience will have an impact.

Firstly, the government must properly fund highway authorities to invest in cycle friendly infrastructure, especially around schools. Where such investment has been made, for example via the Sustainable Travel Towns programme, the results have been clear: school journey car usage fell between 9 and 17 per cent, while active travel was up 2 - 8 per cent. However, while this project was limited to three towns across the country, the government happily pours £15 billion into the national roads programme, for new motorways and A-roads. 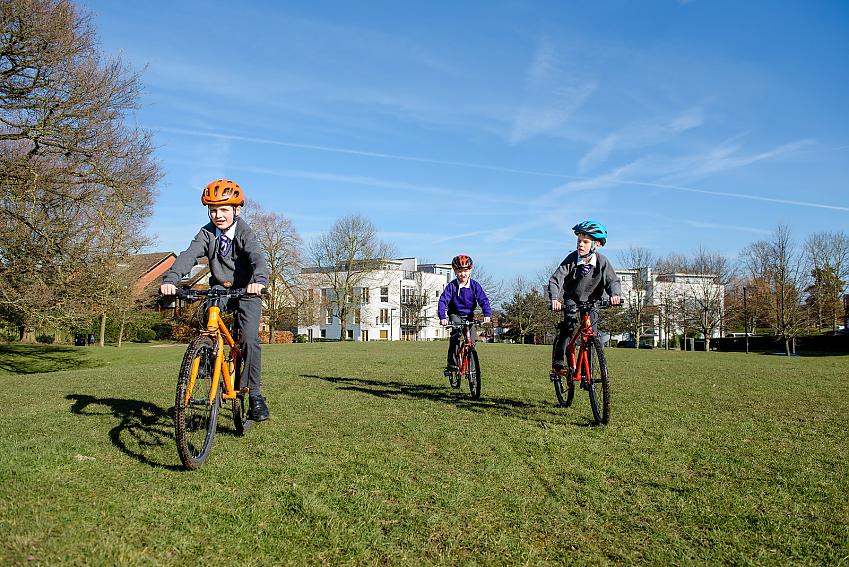 Equally, schools must see themselves as part of the solution, and work to promote cycling, not restrict it. Schools should apply for Bikeability classes to be provided, or support their teachers to become qualified Bikeability instructors (which is possible through the proceeds of the new "Sugar Tax" at primary schools), and can also look to projects such as Play on Pedals for inspiration on cycling development, which saw over 7000 preschool children in Glasgow partake in training days to get them cycling, allowing them to experience first-hand the fun side of cycling.

So, if the government wants to be serious about safe cycling – and to be serious about children’s health – it must abandon its "windscreen perspective" and put forward significant investment into cycle friendly projects across the country, enabling schools to focus on developing children’s love for cycling from a young age, helping them discover a hobby which can offer happiness and good health into adulthood and beyond.

Does your school have anti-cycling policies? 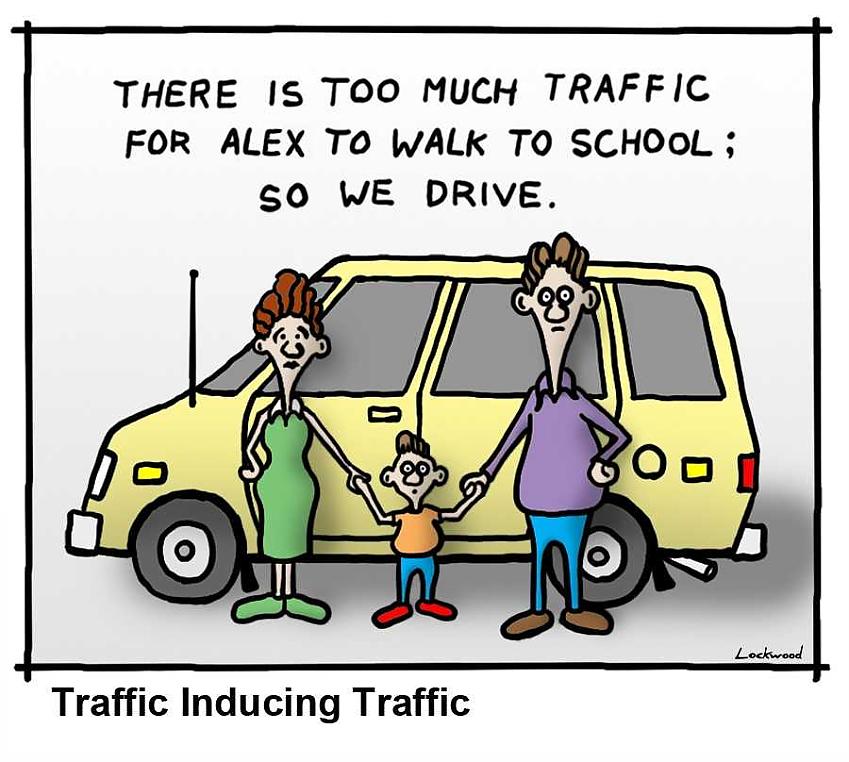