What can an after school Bike Club do if the weather is really bad? A primary school in Hackney has the perfect solution to keep the group meeting and their Bike Club's wheels turning.

As I cycled up the canal towpath network from Canary Wharf to Hackney, to see Southwold en Bici Bike Club in action, the heavens opened giving me a good and proper soaking.

The path got very slippery, I applied my brakes with caution and greatly reduced my speed. I expected that the session would be cancelled due to the exceptionally bad weather.

However, the after-school Bike Club at Southwold School did not let the torrential downpours dampen their spirits, they all wanted to ride.

Their Bike Club Leaders, Kate and Stefan did a dynamic risk assessment and decided an indoor session was their best option.

Two turbo trainers, with pool bikes that their Bike Club grant helped to purchase, were set up and a time keeper was appointed. The young people took it in turns to turbo train for a full five minutes each.

They practised changing gears and pedalling smoothly and moved on to simulating hill climbing, then spinning leisurely over the top and down the other side.

Anyone flagging - five minutes of strenuous exercise on a turbo trainer can seem like a very long time - was cheered on by the rest of the group. 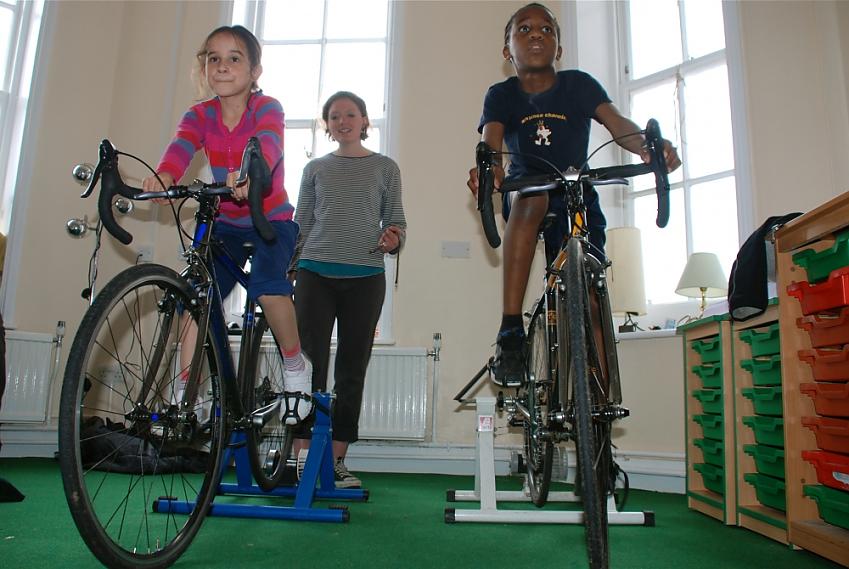 "I like the Bike Club because no one laughs at you or makes fun of you if you make mistakes. Everyone is encouraged to do their very best here"

Since joining Aaron has won some cycle races but he said: "The best thing about Southwold en Bici Bike Club is riding with my friends".

Bose has been a member for two months. She said: "I love learning new things and I can bond with everyone else. When it is not raining badly, we cycle to different places. We are going to see the Olympic Park and will ride there along the Lee Valley"

It was great to chat to all the kids, being social and getting fit were some of the things the group said they loved about being in their Bike Club.

Many of the young people at the school do not own a bike or have anywhere to store one, so the Bike Club has made it possible for them to learn to cycle on the pool bikes, which are good enough quality to race on in the local youth cycling league. 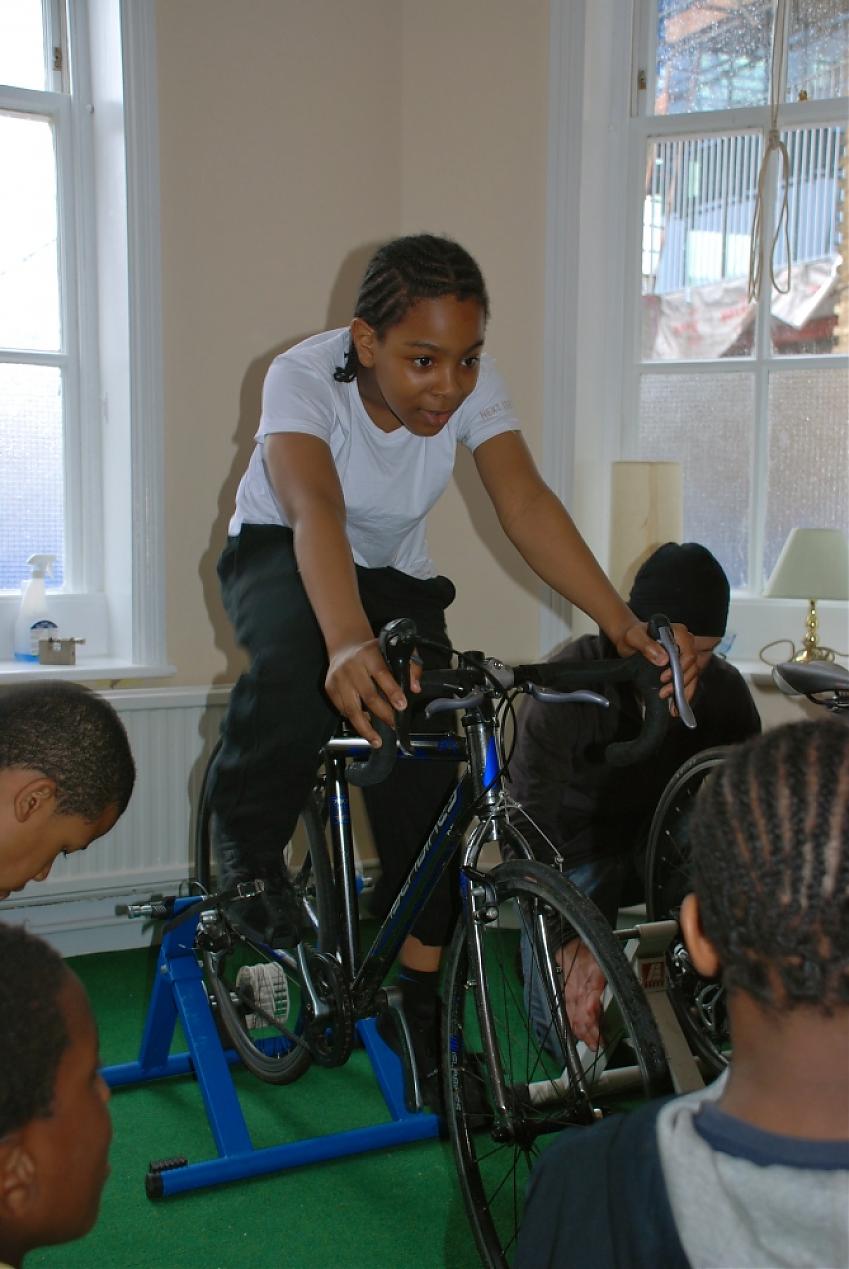 At the end of the session, so much energy was expended on the turbos that the windows in the room steamed up, clear evidence of the hard work the young people had put into their turbo training.

It did not seem to matter that the rain had stopped as the bikes and turbo trainers were packed up and everyone went home. However, it was a welcome ride back across London in the dry for me.

To find out more about Bike Club in London and how we can help cycling initiatives for young people please contact :