Breezing along with Trax

Breezing along with Trax

Trax is a Bike Club operating in a very disadvantaged area of London, near Boadwater Farm. Trax offer a wide range of cycling activities for everyone to enjoy. CTC's Frances Chaloner went to a Trax Breeze Ride for women on a bright autumnal morning.

I attended a Trax Breeze led ride on a Sunday in cold but very bright autumnal day - it was perfect for cycling.

We met up at the Trax containers near at Lordship Rec. This is where the pool bikes that Trax Bike Club members can borrow for sessions are stored.

The pool bikes were purchase with Smarter Travel funding (on road) and a Bike Club grant (off road). They have been very popular and allowed a lot of women to take part in the led rides. 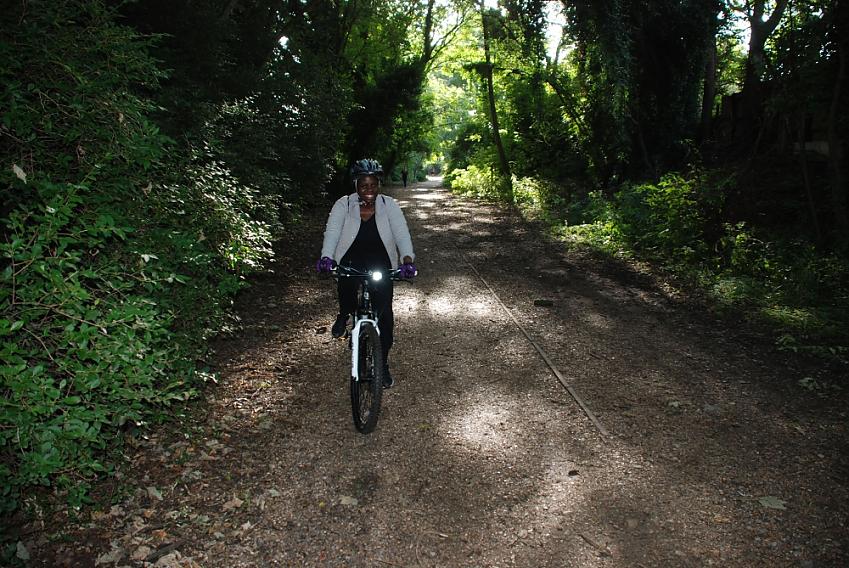 We set off on a route in north London that was completely new to me. It runs from Tottenham, via Finsbury Park, on to  Alexandra Palace,  finishing where we started off at  Lordship Rec. Much of the route was off-road on Parkland Walk which is a disused railway.

It was a very sociable ride attended by women who had been inspired to ride by Marlene Julien, who is a Bike Club leader and set up Trax Breeze rides to encourage more women to take up cycling. 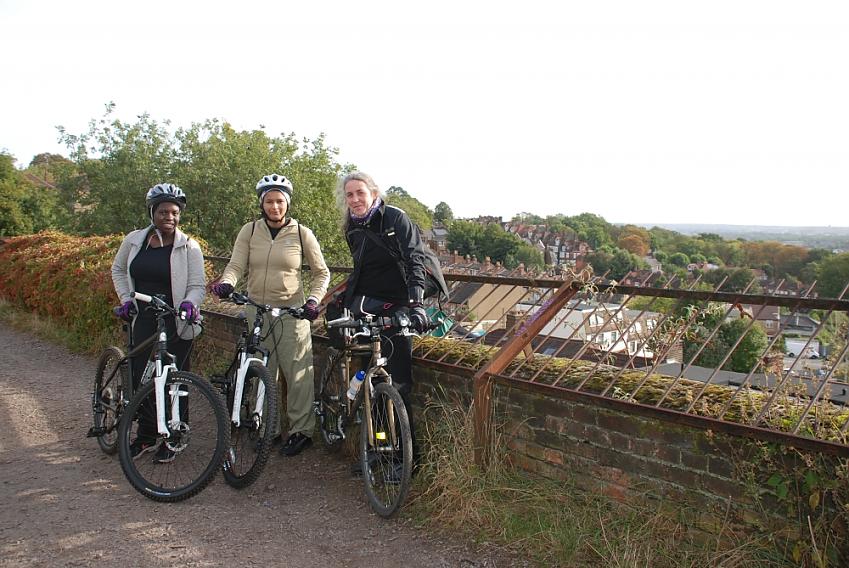 The views right across London from Alexandra Place were spectacular and we all had a great time.

Once we got back, Marlene still had work to do, putting her Dr Bike skills into action. Every Sunday after the ride, she checks all the bikes over and fixes any problems. Thus ensuring the pool bikes are safe and ready for the next Trax members to ride.

Marlene is keen to keep improving the rides: "We are looking for more ride leaders to join us so that we can have a more varied and ambitious timetable”.

Trax were awarded a Bike Club grant of £3000 which they have used towards up-skilling their volunteers to deliver sessions in-house to make the Bike Club fully sustainable, and to purchase pool bikes so that no one without a bike who wants to ride ever gets turned away.

Membership  of the Bike Club is free and members can borrow a pool bike to take part in all Trax sessions. Trax are based in Tottenham at Lordship Recreation at the Loop, a purpose built off-road cycle track.

To find out more about Trax women's sessions email mj@thetrax.co.uk.