It’s testament to how far the conversation around overtaking cyclists has come in the past few years, that we’re increasingly seeing local authorities and police independently seeking out and trialling new ways to encourage drivers to pass safety.

It’s great to see the latest of these interventions appearing in Snowdonia, with new signs erected last week reminding drivers to give cyclists 1.5m space when overtaking.

It’s not the first time we’ve seen such signage: Cumbria Police developed something similar – although a little less permanent - a couple of years ago.

When I was cycling around the Lake District back in 2018, I have to admit it was really heartening to swing round a corner and see a clear sign asking drivers to “pass cyclists safety”, with a recommended 1.5m space between cyclist and car. 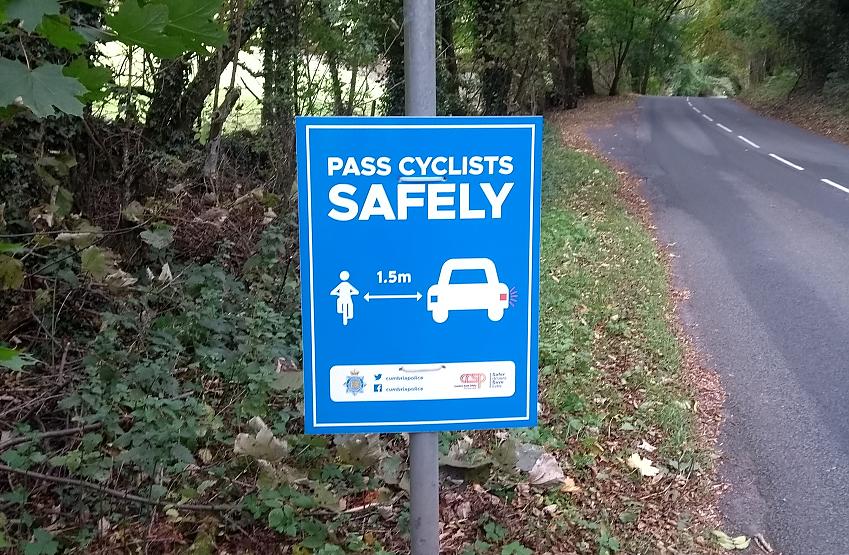 Of course, over the course of a long weekend’s ride, not every single driver heeded that advice (although most did), and I don’t think anyone would want to suggest that these signs alone will put an end to close passing.

However, from our extensive work with police forces running Too Close For Comfort operations, we know that the vast majority of close passes aren’t malicious, and that many drivers have simply never considered that an overtake which feels safe from the driver’s seat may feel incredibly intimidating for someone on a bike.

Given that, every intervention which helps drivers reflect on their overtaking habits has to be positive. For some, that will happen when they’re pulled over by police during a close pass operation and given on-the-spot training with one of our Close Pass Mats or via our VR film. For others, it might be at a local authority event, where mats often feature, or even at a motoring event like the British Grand Prix. For more still, that understanding could come from their driving instructor or their employer, or just from a conversation with friends in the pub or when our film is shared on social media. 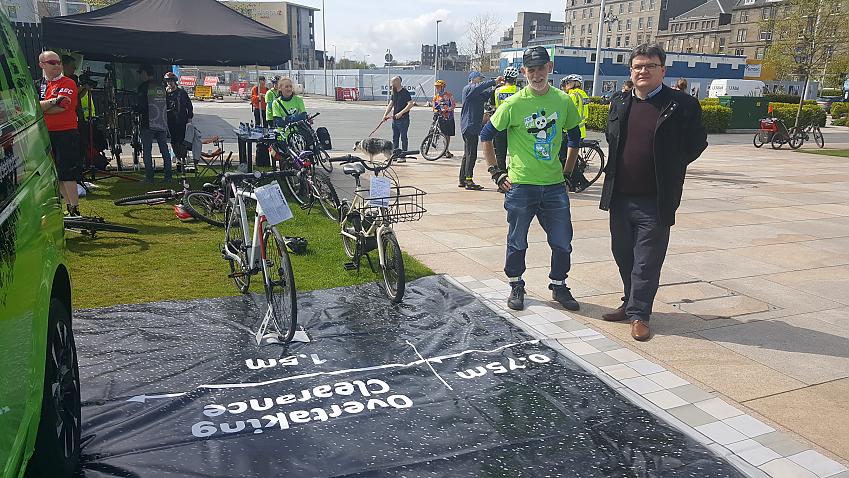 In that context, these signs add another string to the bow of those of us hoping to tackle, and one day end, close passing. Most drivers who see these signs will reflect on their own overtaking, and if similar signs become widespread, the consensus around providing cyclists with a minimum of 1.5m passing space will grow.

The new signs are really simple and it’s great that they’re to the point. Had we designed the signs ourselves, we may have made a couple of tweaks – perhaps suggesting that drivers be recommended to leave a ‘min’ of 1.5m – as we’ve always suggested that this should increase in poor conditions, or at certain speeds. However, that’s not to detract at all from Gwynedd Council and GoSafe Wales’ hard work and determination in getting these out there.

We know they’re open to feedback and that conversations are ongoing between GoSafe Wales (who also run the wonderful Operation Snap), Road Safety Wales and the Welsh Government about getting more signs up across the country, so future versions may be on the horizon. 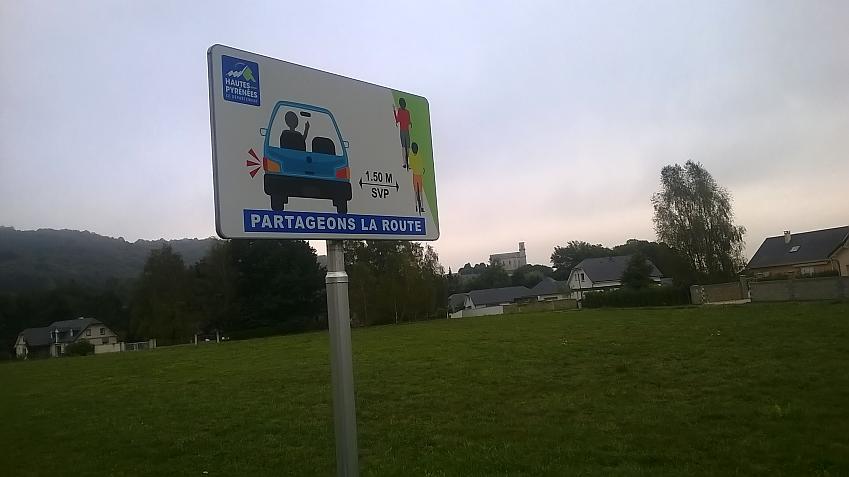 The question now, is whether we can secure similar signage across the whole of the UK – as is common in much of France. One key barrier to that is The Highway Code which, as it currently stands, contains very vague guidance on safe overtaking distances. For some time, we’ve been calling on the Government to review The Highway Code and set a minimum guideline safe passing distance, amongst other changes.

The good news is that the Government has committed to carrying out this review, and when they do, we’ll be calling on our members and supporters across the country to support a new rule on overtaking cyclists.

Once that happens, there’ll be an even stronger case for asking other councils to put up similar signage throughout Great Britain. If we can also get the The Highway Code for Northern Ireland updated, we could see these signs across the UK.

In the meantime, while we’re seeing many new cyclists on the roads, you can do your bit to spread the message to your friends, family and colleagues by sharing our Too Close For Comfort film.

And, if anyone is planning a post-lockdown ride in Snowdonia, we’d love to hear if you think the signs have made a difference, and we’ll pass any thoughts onto the Council and GoSafe Wales.

Campaign win: Too Close for Comfort reaches £15k target in 8 days View
Cycling UK continues to support the UK to cycle
This remains true during this difficult period with the ongoing threat of coronavirus Covid-19
Read our latest advice on cycling