So called "left hook" collisions are just one dangerous issue to be addressed by the Highway Code changes
By Keir Gallagher
Wednesday, 4 August 2021

The Government will push ahead with a host of changes making the Highway Code safer for cycling. Keir Gallagher thanks Cycling UK members and supporters who made it happen

Last summer, an incredible 16,500 people from across England, Scotland, and Wales came together to support Cycling UK’s response to the Government’s Highway Code Review – making it one of our most successful campaigns ever in terms of public support.

Last week, we got a first glimpse of the incredible impact we can achieve when we raise our voices together in this way, when the Department for Transport (DfT) set out the executive summary of it’s response to the Review, and committed to pushing ahead with all of Cycling UK's key asks.

However, before examining the Government’s latest announcement, it’s worth reminding ourselves how we reached this point, and what the DfT originally proposed when they launched the consultation last summer. 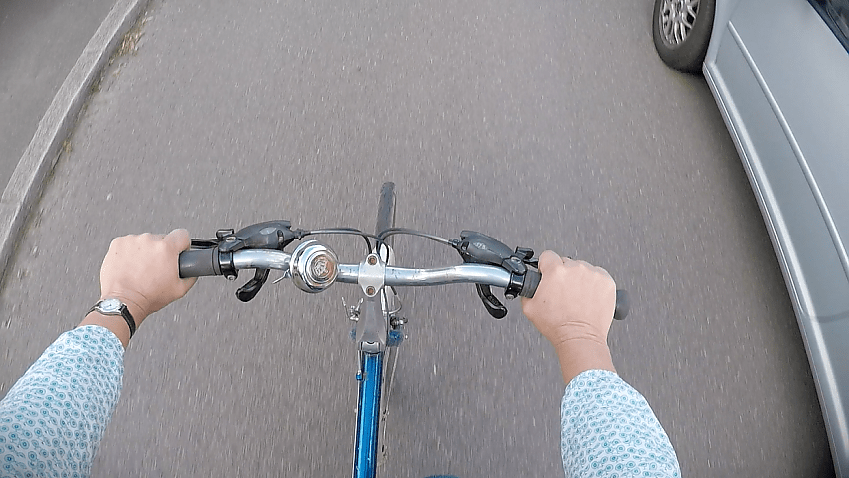 Cycling UK – along with other partners such as British Cycling and Living Streets – has been calling for a review of the Highway Code for years, highlighting many rules and language which failed to effectively protect vulnerable road users, especially in respect of dangerous overtaking, and around junctions, where nearly three-quarters of collisions involving cyclists occur.

In 2018, we responded to the Government’s Cycle Safety Review with 13 key recommendations, one of which was a review of the Highway Code. In November 2018, the Government committed to carrying out that review.

Between then and the launch of the Highway Code Review in July last year, Cycling UK worked closely with the DfT and active travel experts to put forward proposed changes to better protect cyclists and pedestrians, and to improve road safety for all. The results of this were shown at the launch of the Review, when a really positive set of revisions were put forward for consultation, including:

Because of this pre-consultation engagement with the DfT, we were able to focus our energy during the review on setting out the positive case for these important changes, as opposed to having to argue against proposed changes. Indeed, some of the proposals represented a fairly radical step forward which we’ve been making the case for for some time – particularly the principle of a ‘hierarchy of responsibility’ recognising that those driving more dangerous vehicles carry a greater responsibility to protect others' safety. 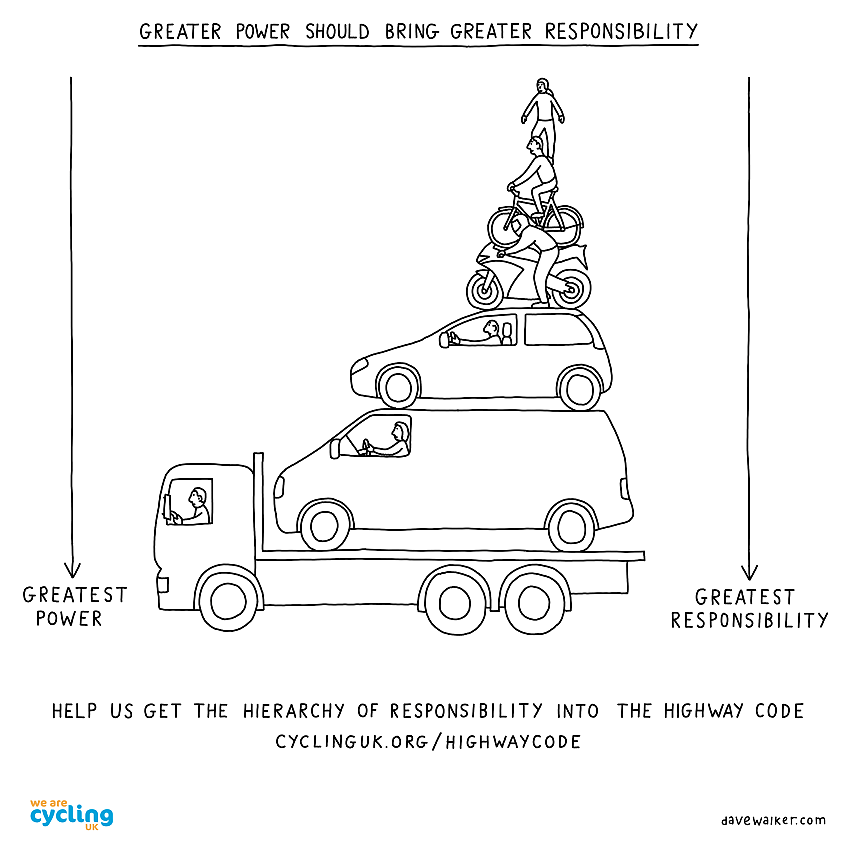 But although the proposals were positive, the launch of the Review was the first time they were really put to the test in the public eye. This is where our members and supporters rallied together to provide the public backing needed to turn potential into reality.

Although we’re still waiting to see the full consultation response – and the final wording of the new rules to be set before Parliament – the executive summary indicates that every single proposal to make cycling safer saw support from a majority of respondants, and the DfT has indicated that they “will be seeking to introduce all the amendments as outlined in the consultation, but with changes to the text where a significant concern has been identified.”

Of the 21,000 total responses, 79% agreed with the introduction of the ‘hierarchy of road users’, while almost 90% of respondents agreed with changes giving cyclists right of way when going ahead at junctions, a proposal which Cycling UK explained in simple terms with a short film during the campaign, and which will help tackle so called ‘left hook’ collisions. 86% agreed with new minimum guideline safe overtaking distances for cyclists.

These are hugely significant figures, and have enabled the DfT to push ahead with these important changes in the face of some opposition from a vocal minority. This result is testament to the impact of we can all have when we come together to push for safer roads and safer cycling.

Of course, we also have to recognise that without our members, there would have been no campaign from Cycling UK in the first place – indeed, there would be no Cycling UK campaigns team. So, if you’re not a member, but want to see us continue campaigning for safer roads for cycling, please consider joining Cycling UK today.

This campaign for a safer Highway Code is far from over and by joining Cycling UK you’ll be strengthening our voice as we engage with the DfT to ensure that the final wording of the proposed new rules, which are still being examined, aren’t watered down.

We'll be working to ensure the changes move from the rule book to the road by calling on Government to launch a wide-reaching and well communicated public awareness campaign, to explain the new rules to all road users, and help the public understand why they matter.

We can only do that with your support, so thank you, once again, to our members and supporters, we wouldn't be here without you.

What about the Highway Code for Northern Ireland?

How do Cycling UK members enable our campaigning?

Cycling UK’s campaigns team is primarily funded by our members, so whether it’s our campaign to review the Highway Code, our work with police to tackle dangerous overtaking, our campaigning for cycling infrastructure, or any of our other cycle campaigning, it’s only possible thanks to our members.

The best way you can support this work is by joining Cycling UK today, for just £4 a month. And you won't just be supporting our vital campaigns - you'll also have access to a host of other benefits, including third-party liability insurance, discounts and more.

Keep up to date

Stay up to date with the Highway Code - and our other campaigns - by subscribing to our monthly Cycle Campaigning Newsletter.

Why we need the Dutch Reach in the Highway Code View