The best cycling gift I ever received at Christmas

The best cycling gift I ever received at Christmas

Whether it was your first trike, or the cool bicycle that made you the envy of all your teenage friends, many of us can remember the excitement of receiving a cycling gift that made for a special Christmas

We asked some of the Cycling UK staff and supporters to tell us about some of the most memorable Christmas gifts of years gone by, for themselves or for friends and family.

A kind gift for a keyworker 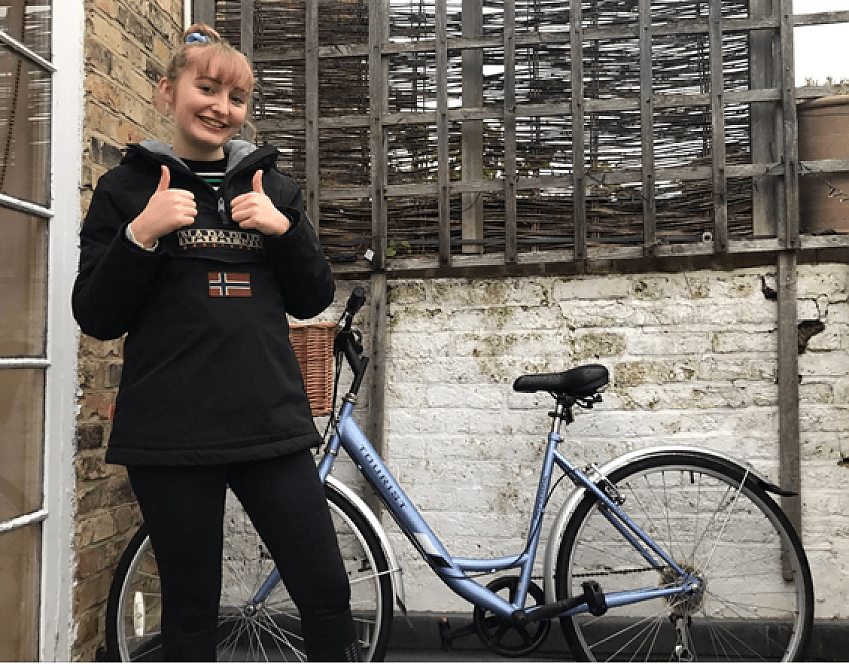 “I’ve actually already had my favourite cycling gift this year and I don’t think anything will ever top it. It was at the end of November, so it was in fact an early Christmas present. I work as a nurse at St Thomas’s Hospital in Central London and had not one, but two bikes stolen this year from outside work. After the first bike was stolen, I wanted to get a new one and after several months I managed to get a brand-new road bike which I was so pleased with. Literally the next day it was stolen and I was heartbroken. To make matters worse, I hadn’t been able to sort out insurance before it was stolen.

"Both my sister and me grew up with Kezia Stewart, who works for Cycling UK and Kezia knew just how much I had loved cycling to work and how it brightened up my day. She wanted to do something to help and unbeknownst to me set about making it happen. She knew a former housemate of hers had left a Dutch-style cruiser bike locked up outside only about five minutes away from where we both live in south London, but it wasn’t being used. Kezia asked if she could fix it up and rehome it, and the owner who had got a new bike by that point, was happy for it to go to a new home. The bike was taken along to one of the Cycle Nation Dr Bike events in Brixton - funded by Cycling UK - and then Kezia pedalled it round to my house as a surprise. I thought she was bringing a cake, I didn’t expect for a moment that I would get a new bike. It was such a great surprise, I loved the bike instantly, decided to call it “Mabel” and bought a wicker basket for it.

"It’s been a tough year working as a nurse through the coronavirus outbreak and being a victim of bike theft twice was so disheartening. This gift didn’t just cheer me up, my whole family were really moved by how generous everyone was. Kezia took a video of me cycling on the bike for the first time and my mum was so happy she cried with joy when she saw it.” Molly, a nurse from London 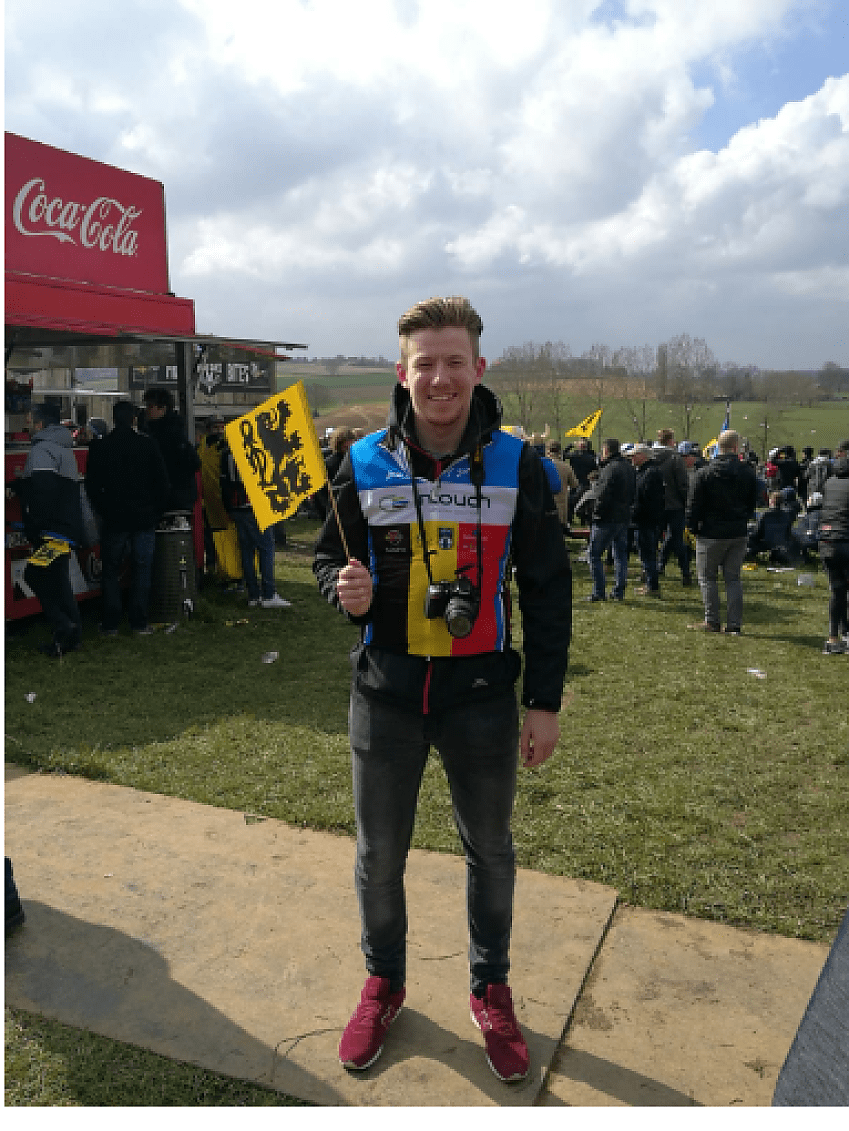 “Over the years, I’ve had so many cycling related Christmas presents and my love for cycling makes me an easy one to buy for.

"My most memorable gift however, was four years ago. A trip to Oudenaarde in Belgium the following spring for the weekend of the Tour of Flanders. Included in that present was an entry to the Tour of Flanders Sportive. The most epic event I’ve ever done on a bike. It was a gruelling 172km, taking in some of the most iconic cobbled sections in European cycling: The Oude Kwaremont, Paterberg and the Koppenberg. Taking part in the sportive was amazing. I wasn’t very fit at the time and remember cycling up the Paterberg, really struggling in the 39-28 gear, when some young Belgian and his dad started shouting my name (it was on the front of the bike). I have to admit the tears started trickling down my face. It’s the closest I’ll ever be to experiencing what it must be like to ride in a professional race, being cheered on from the roadside - best Christmas present ever!" Josh Murray, Cycling UK's engagement officer in Northern Ireland

A bike for life not just for Christmas 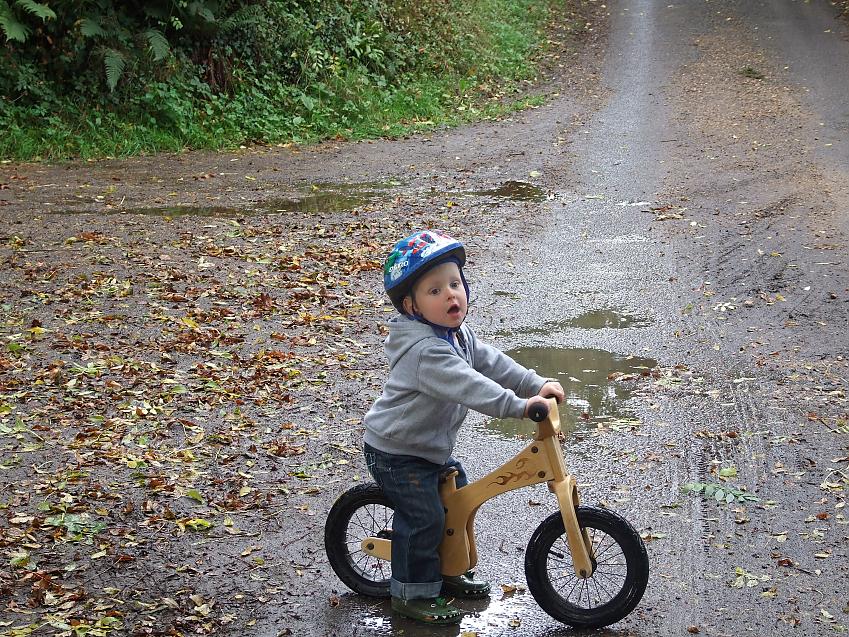 "With two children, I’ve had the benefit of reliving my youth twice, albeit with the all-seeing eye of retrospect. So, when giving a cycling gift to them you know that those wide eyes of joy as they rip off the wrapping are about to be multiplied a hundred-fold in the hours of fun and confidence inspiring adventures soon to come. A cycling jersey transports them to Tour de France imagined glory, a bike computer - the land speed record.

"The other great thing in relieving your cycling youth is that, with the exception of the 1970’s MK1 chopper, kit for kids is way cooler now. The Early Rider balance bike gifted to my then two-year-old was a case in point - looking like something Peter Fonda would have happily cruised along the Big Sur on. It epitomised cool -  a wooden-framed chopper balance bike with flames down the side and leather saddle.

"My son just saw it as a bike - he loved sitting on it and scooting down the pavement – legs in the air and a whopping laugh following astern, but as a parent you get an extra feeling of smugness knowing that you’ve probably just given them the keys to their future – made better that they don’t even know it yet." Matt Mallinder, Cycling UK's director of influence and engagement 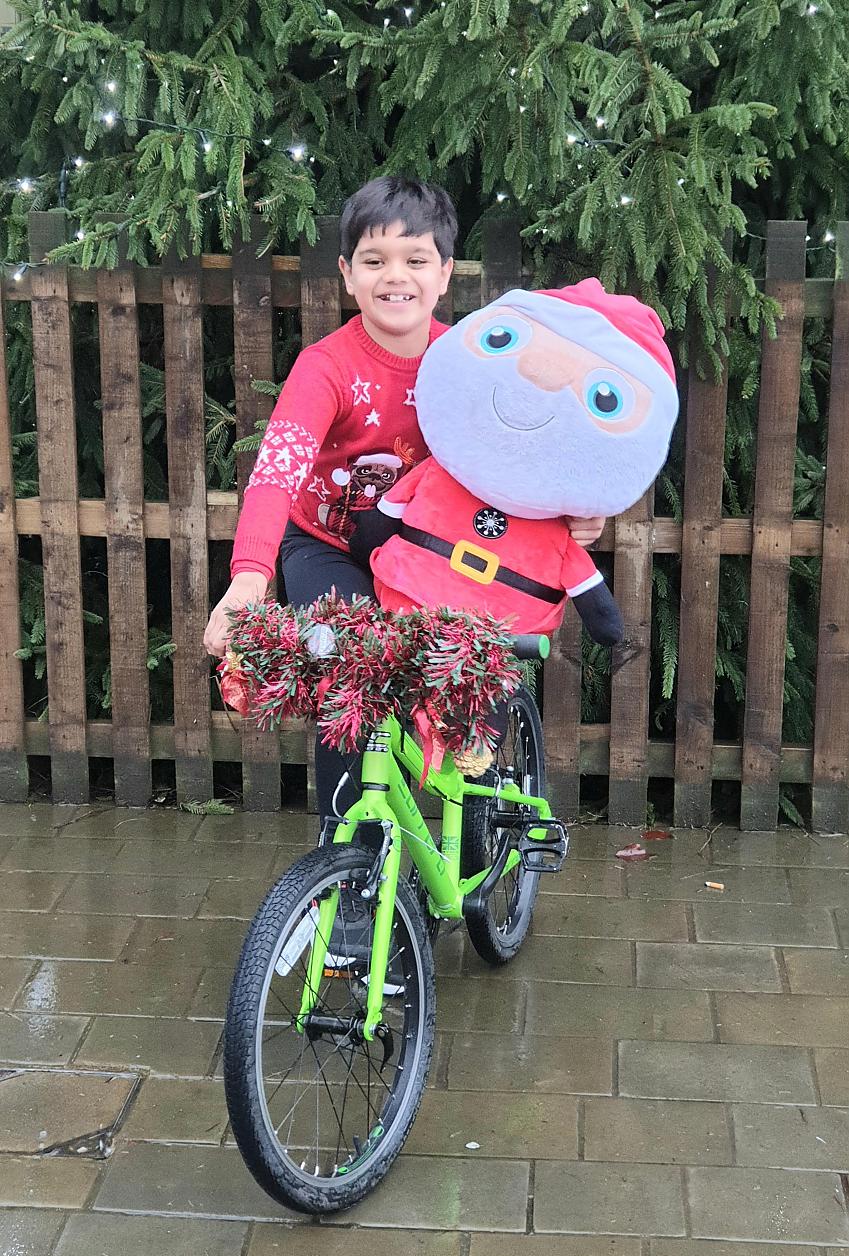 “This year for Christmas I would like more time to be able to ride my bike and some new books to read, too. My two favourite hobbies are cycling and reading, and this summer I managed to read 50 books during lockdown and cycle 50 laps of the Bolton Wanderers Football Club stadium every day for 10 days for charity. I also took part in Cycling UK’s World Biggest Bike Ride in September.

"I don’t remember getting my first ever trike because I was only one year old, but my Mum says that was when I discovered my love of cycling. It was red and I used to love to ride it. Now I have a green bike, but my favourite Christmas jumper is red." Milan Kumar, 8, Bolton 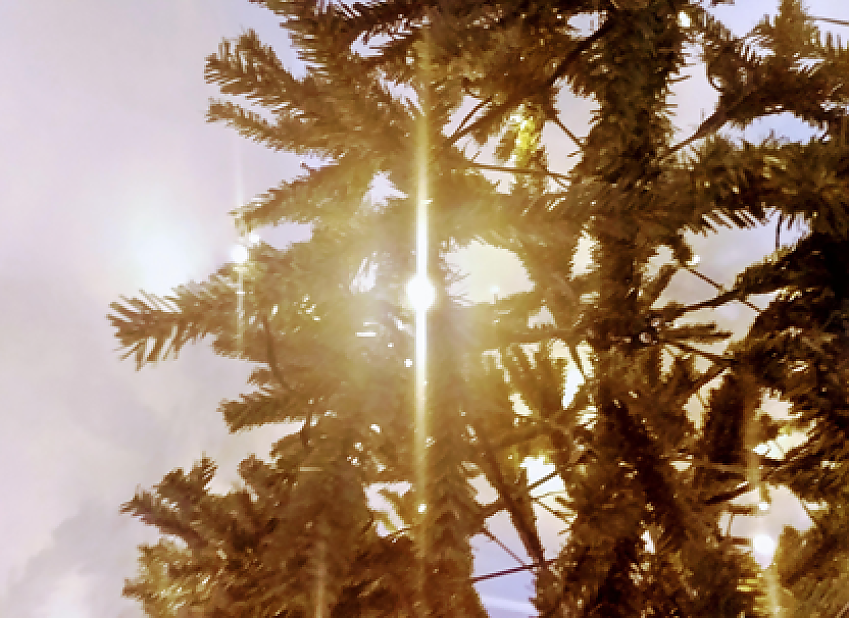 “When it comes to choosing my favourite ever Christmas cycling gift I would have to say my first proper bike: a red Raleigh racer. I think I must have been about eight and I was determined to try to ride it indoors. At first my feet didn’t touch the ground, but I grew into it and me and that bike were inseparable for years. It gave me the freedom to bomb around the estate where I grew up and (crucially) to leave my younger brother behind.” Sarah Mitchell, Cycling UK chief executive

Even if you didn't get your perfect cycling gift under the tree this year, don't be disheartened. Treat yourself. See if you can pick up any New Year bargains, and if you're in the market for a secondhand model, make sure you read Cycling UK's guide to buying a secondhand bike before parting with any of your Christmas cash.

Save, Spend, or Splurge? Bikes View