What will it take to encourage women to cycle more? Or to consider a job in the cycling industry? Our panel of industry experts discussed how the solutions include prioritising cycle lessons for girls, working together across the sector and embedding inclusion and diversity practices

Women have taken to cycling in record numbers since the start of the pandemic, but they are still under-represented in the cycling world. During our Women’s Festival of Cycling we got together with a panel of women from across the industry to discuss what can be done to start creating change.

As the first female chief executive in Cycling UK’s history, Sarah Mitchell is well placed to lead the organisation’s drive to close the gender gap in cycling. She talked about the importance of helping break down the barriers that women experience to unlock their interest in cycling.

Seeing more women on bikes opens up the possibility of vastly increasing the number of cyclists in the UK. We also see this as a really virtuous circle: the more women who ride, the more we hope it will inspire other women to start riding, too

“What’s interesting is that it’s about 50% men and women who take part in our Behaviour Change projects where we take them from a very early stage of cycling. So, it is actually possible for women to be interested in cycling as much as men, if we approach it in the right way.”

With Cycling UK’s aim of getting a million more people cycling, reaching out to women is a key way to achieve this.

“Seeing more women on bikes opens up the possibility of vastly increasing the number of cyclists in the UK. We also see this as a really virtuous circle: the more women who ride, the more we hope it will inspire other women to start riding, too.”

Cycling UK's first female chief executive, Sarah Mitchell believes there is a positive knock-on effect to getting women on bikes

A boost for the industry

Sarah continued with some good news: “The results of a survey we did on women cycling show that 44% of the women new to cycling started during the pandemic. And they were motivated to a large degree by well-being reasons. So, perhaps wanting to get out, get some fresh air, stay healthy. And 31% cycled more for everyday journeys during the pandemic, which is really interesting.”

“There’s a really strong business case for getting more women cycling…it's not just the ethically correct thing to do, but we think there's a real opportunity for the industry to grow the market.”

Inclusion: not just a conversation for women

Aneela McKenna runs a diversity and inclusion consultancy as well as working as a mountain bike guide with various women’s and girls’ groups while running a bike touring business with her husband. She described how she had seen real change in the inclusion agenda.

“I’m working with the industry to help them review their practices around inclusion. In the last ten years I've seen significant change in how we approach the whole inclusion agenda. Ten years ago, we weren't even at the awareness stage, but now we're starting to get to engagement. We still have a long way to go, though.”

Getting men involved too is crucial, according to Aneela: “We need to make sure that it's the responsibility not just of women, but that men are taking responsibility for taking those proactive steps as well.”

“It needs to be embedded into “What are the benefits to business?” and looking at it from the point of view of a potential market that the industry can tap into.” 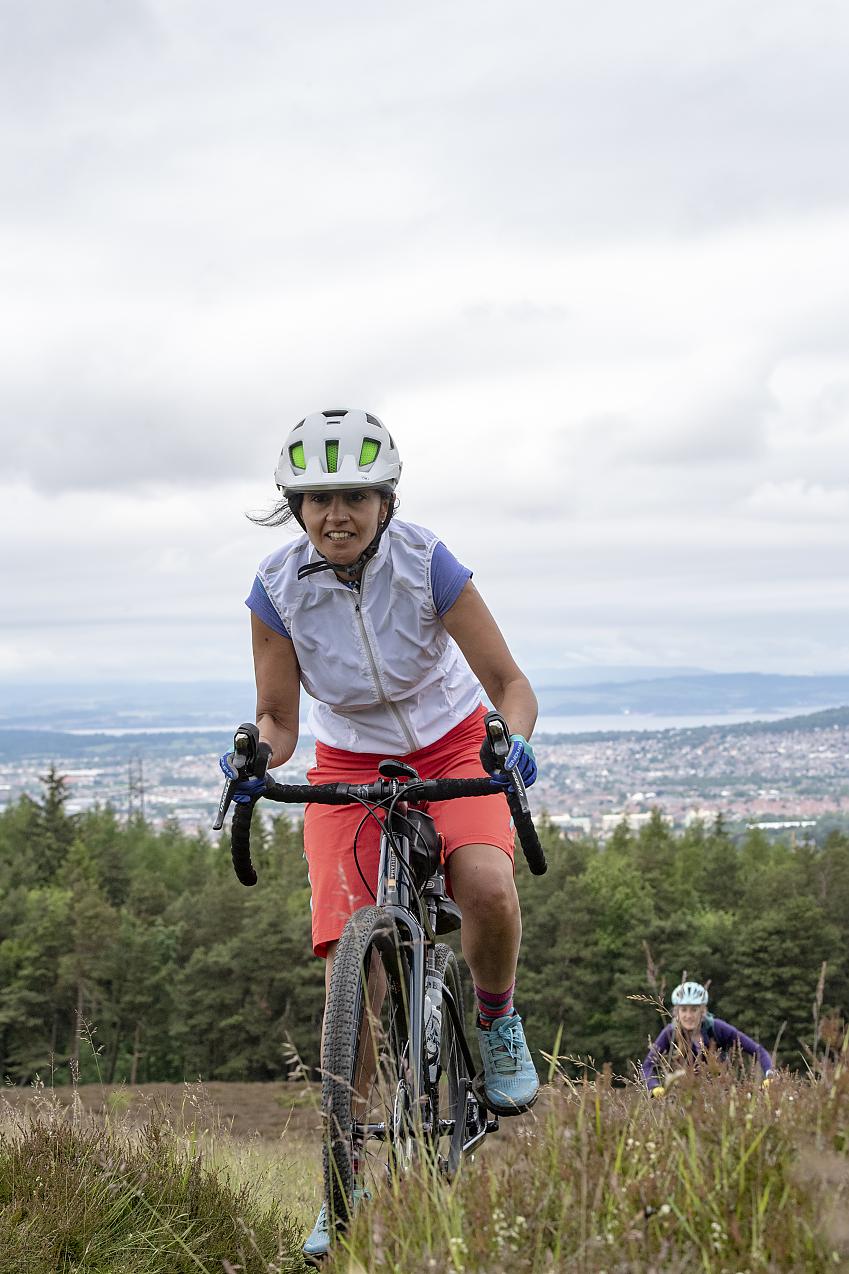 For Aneela, an important issue is involving other groups that are traditionally excluded from cycling:

“If you Google “cycling”, we all know that what comes up will be men cycling. If we look up “women cycling” it will only be white women. I’ve tried to find the history of women of colour in cycling, and it's really, really difficult.”

Women can help to get these other voices heard: “Women coming into the industry can help raise that momentum for other diverse groups. They're working behind the scenes as influencers and they're really making a difference.”

Retaining the interest of new customers

Michelle Jakeway, head of marketing at Raleigh - which sponsors the Women’s Festival of Cycling - talked about the organisation’s success in increasing the diversity of its workforce.

“When I joined Raleigh seven years ago there were very few women in the organisation. Since then, we’ve been really trying to improve inclusion and diversity in our business. Steps like allowing people to work from home have encouraged a real level playing field to come into force in terms of the gender split.”

Michelle explained that the company has been actively marketing towards women and has rebranded to widen its appeal and make the connection to its traditional values:

“We recently re-ran one of our vintage adverts. Raleigh was really instrumental back in the day in terms of getting women on bicycles and it’s something that we've remained very passionate about. We also rebranded Raleigh in 2020 to bring in a much more inclusive approach to our marketing communications, moving away from the more masculine colours and tone of voice.

“Raleigh as a brand has always been about the contagious joy of cycling: regardless of your background, your ability, your gender, your ethnicity, it’s all about the common ground that we all share, which is the love of the bicycle and the freedom that you get from it.” 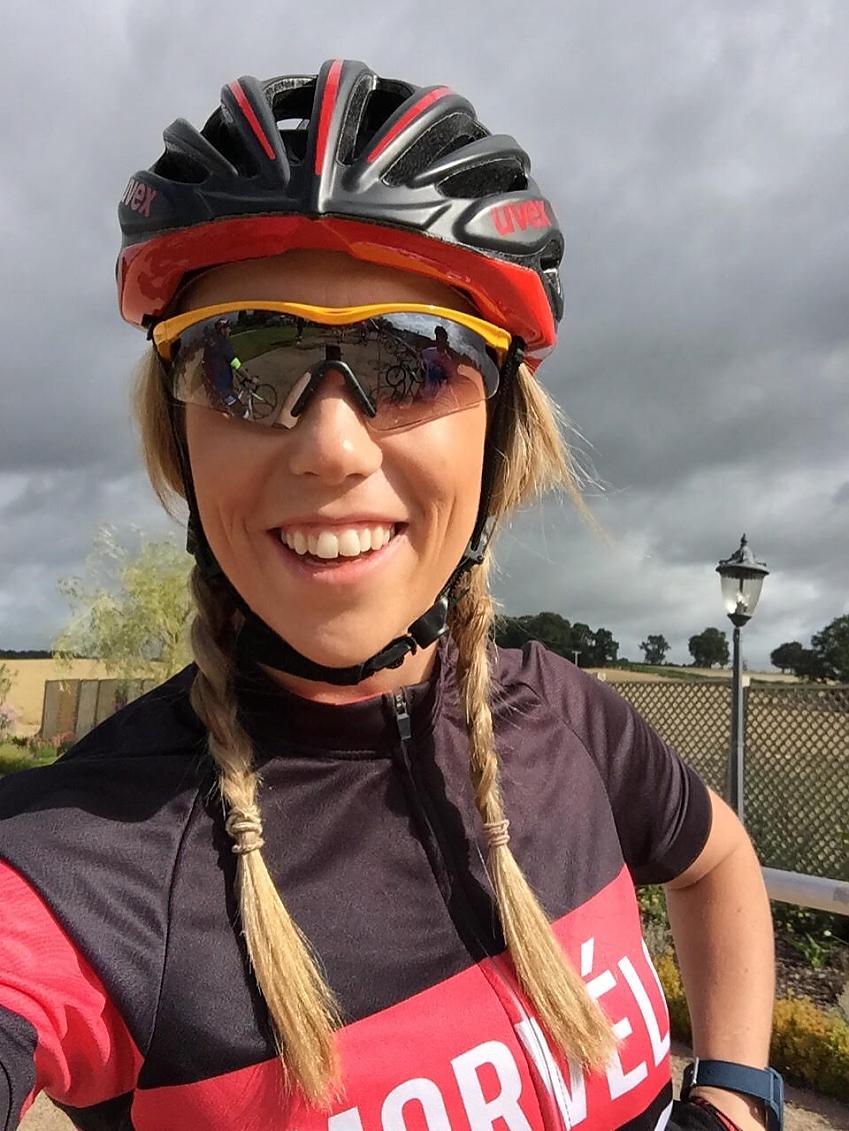 Michelle Jakeway, head of marketing at Raleigh believes it's important to continue efforts to champion women on bicycles

Michelle continued that it’s vital for cycle manufacturers to be part of the change movement: “If you look at the photography and the models that we use, we're really starting to push the boundaries and inspire people of all walks of life to enjoy the bicycle.

“And women are really central to our industry…we can really see the benefits of actually talking to women and encouraging the adoption of cycling - not only for leisure pursuits, but also as a viable form of transport.”

The explosion in cycling levels during the pandemic has opened up a new market for cycling businesses, Michelle explains: “This new audience are calling themselves “reluctant cyclists” - people that don't actually put themselves into a cycling camp per se, but are enjoying riding for a variety of different health and wellbeing factors.

“It’s so important for us to continue our efforts to champion women on bicycles. We don't want to see the lockdown adopters put the bike in the garage and think, 'you know, this is not for me', for a variety of different reasons.”

The industry working together

Caroline Dawson, director of communications and promotions at Bikeability Trust described the importance of the Bikeability scheme in providing cycle training to children and how it covers more than just the practical skills of cycling.

“It's building their confidence and knowledge so that they have a life skill. And as we’ve discussed, it helps generate that love of cycling. So it's the start of the journey for many, many children.”

As Bikeability is only funded for children, Caroline acknowledged the disconnect between the scheme and the cycle training available to women and teenage girls who haven’t had the chance to learn to ride as a child.

“There is a general issue around girls and especially teenage girls, giving up on sports, which was highlighted by the This Girl Can campaign. If we achieve what the government wants longer term, with every child having the opportunity to do Bikeability, we have to think about how we keep cycling attractive to them.

“I don't think, at the moment we have enough long-term behaviour change evidence to show how we can do that. But I do think it's something that we jointly need to think about as an industry, that we don't lose those people through the teenage years.”

One positive step is that some employers are now offering cycle training to employees as a perk. There is also an opportunity for families to learn to ride together through the Bikeability programme.

“Bikeability currently has funding for 5000 families to be trained together to build their confidence together, and they then start cycling as a as a family. So that could be another route in, particularly for mums to get that cycling training.”

To move forward, a joint campaign to support and champion women in the cycling industry is needed, and Industry partnerships are key to attracting and retaining customers.

Caroline emphasises: “It’s not about what everyone can get from it individually. It's about how we can all work together to support each other. We’ve got a common goal: we all want more women to cycle regularly and for women in cycling to become more normalised, so women think “that's something that I could do”.