Sarah Javaid is the winner of the Exceptional Individual - Cycling Programme category at the 2019 Cycling UK Volunteer Awards. Sarah is the founder of the hugely successful Cycle Sisters, a Walthamstow-based cycle group for Muslim women.

In 2016, Sarah Javaid recognised that there was a need for a cycling group in her local area that catered specifically for the needs of Muslim women. From the humble beginnings of a handful of friends going out for a mid-week ride, Cycle Sisters is now a popular and well-known group with excellent ride attendance, a repertoire of well-thought-out routes and a fantastic, inclusive atmosphere. 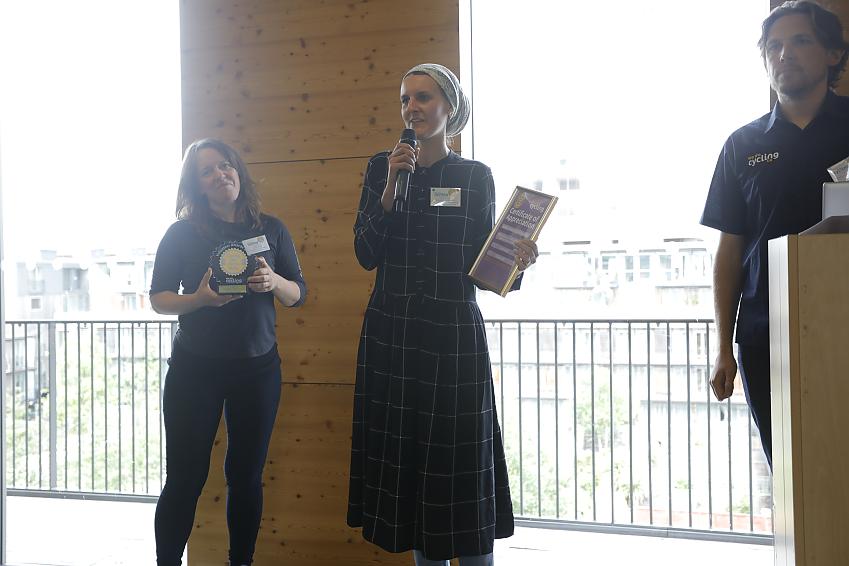 One of the biggest hurdles newcomers to cycling can face is accessing a suitable bicycle. Choosing the right bike and spending hard-earned cash on it can be a very daunting prospect for even experienced cyclists, let alone for those that are new to the world of cycling. To get around this, Sarah established a partnership with Waltham Forest Council to access a fleet of loan bikes. Many of the women taking part have gone on to purchase their own bikes after making use of the loan bikes, having been equipped with the knowledge to get the best bike for their needs. 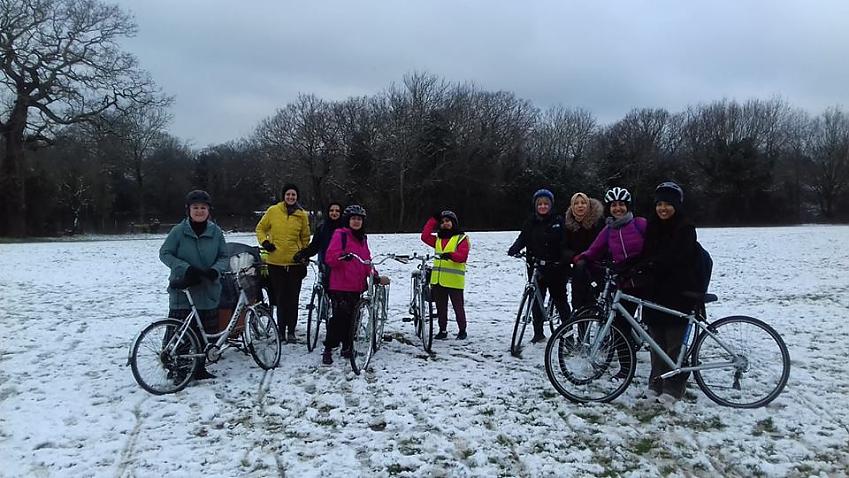 The Cycle Sisters don't let a bit of snow stop them

One of the most encouraging outcomes of Sarah's efforts has been the knock-on effects for the women taking part in Cycle Sisters. Not only did almost all of the group's participants report that they had improved their confidence on a bike as a result of taking part, but 77% of those who take part said that they now cycle independently more often after participating in Cycle Sisters' rides. Due to their increased confidence and skills, almost all said that family and friends have been motivated to cycle or cycle more as a result.

To ensure the long term sustainability of the group, Cycle Sisters actively encourage those taking part to become ride leaders and offer plenty of opportunities for training and support. By recruiting from within the group, ride leaders know how best to support newcomers, as they themselves have gone through a similar experience. This lends itself perfectly to fostering a sense of support and community within the club.

Inspiring cycling groups: Cycle Sisters View
Cycling UK continues to support the UK to cycle
This remains true during this difficult period with the ongoing threat of coronavirus Covid-19
Read our latest advice on cycling
You too can champion cycling in the UK
Give your support today to help Cycling UK’s charitable work tomorrow. We double every pound you give through other sources to help change lives and communities through cycling.
Volunteer now