Travelling with all senses: exploring the world by bike

Travelling with all senses: exploring the world by bike

One of our 100 Women in Cycling 2020, Candy Whittome decided she’d travel the world by bike once she had recovered from cancer treatment. The pandemic threw a spanner in the works, but at 60, she is now resuming her challenge and raising money for Cycling UK

Cycling UK member Candy Whittome, a psychology lecturer based in St Albans, took up cycling in her mid-50s. She hadn’t cycled regularly since her youth, but as she felt the dreaded “middle-age spread” taking hold, she decided something had to be done.

Candy quickly fell in love with being on a bike. However, not long after that, in 2018, she was diagnosed with breast cancer.

It was during her period of convalescence, when an old friend gave her a copy of Anne Mustoe’s book A Bike Ride, that the idea of cycling around the world lodged itself in her head. If Anne, who described herself as an unfit schoolteacher unable mend a puncture when she started, could do it, so could Candy. After all, she’d been on cycle touring holidays with her Breeze group in the past and had come to the conclusion it was the way she liked travelling best.

But then the pandemic hit, putting paid to the big plans, and as it’s dragged on for longer than many would have guessed, Candy’s challenge has been delayed, and then delayed again.

While experiencing these hiccups, a conversation Candy had with an old university friend made her reconsider why she was doing it. The friend, who had himself sailed from New Zealand back to the UK, questioned why circumnavigation was what she was interested in.

On reflection, Candy realised that it wasn’t so important. Her reasons for setting off were not to prove a point to anyone, but rather to explore different continents and see as much of the world as possible, travelling by her favourite method, the bike.

“[Being ill] focuses your mind,” Candy says; not to prove herself to others, but to “do it for the reasons I want to”. For Candy, who has written a book, The Last Hunters, based on her interviews with modern fishermen in Norfolk, those are to “go talk to other people and find out how other countries and people live”.

Candy is interested in getting out of her patterns, and “meeting people that I wouldn’t in my normal course of life”. Her wish to make connections across cultural and class divides is summed up by what she describes as her motto in life: only connect – famous from the epigraph of E M Forster’s Howard’s End. 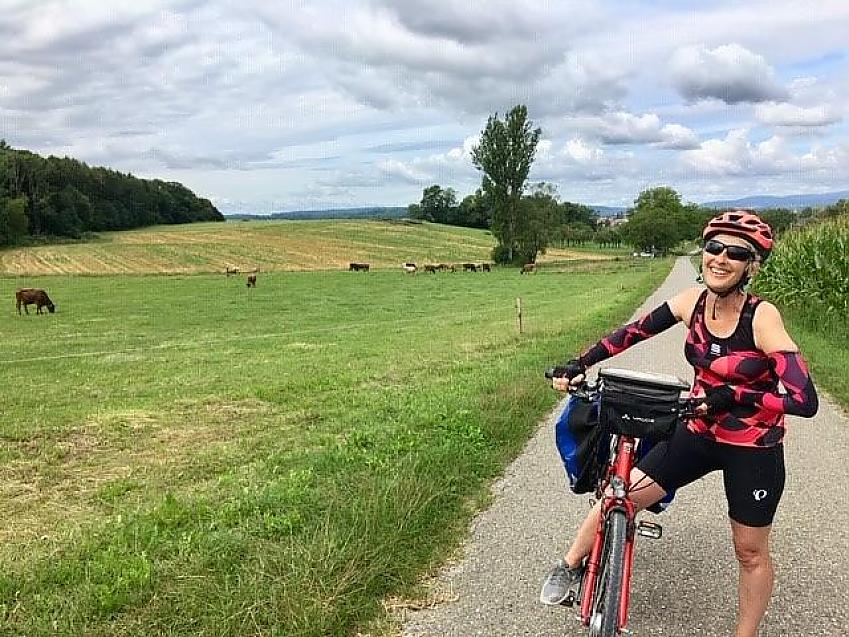 She continues: “I like, in a strange sense, that feeling of being an outsider, so I can sit back and watch, and look and learn. If I get something wrong, in a way I won’t be judged, because how could I know. So I’m completely comfortable to ask anybody.”

Candy’s recalibrated plan is now divided into four sections: cycling east, cycling west, cycling north and cycling south. The first section, cycling east, she already completed in the summer of 2021. Starting in Newhaven in early August, she cycled across Europe, over the Alps and as far as Greece, then cycling some of the way back to fill in gaps where she had had to rely on trains.

Off the beaten track

With the remaining segments, Candy is most excited about places she has yet to visit – “almost any place I haven’t been, and a little bit off the beaten track”. Of the first leg, she says: “I adore Italy, it’s absolutely the most amazing country, but by the time I got to the end of three weeks, I was glad to get to a place I didn’t know, because it’s more challenging.”

It was also during that time that Candy, who values the social aspect of cycling over any kind of competitiveness, learned isolation is for her the biggest challenge, especially during a pandemic. “I can do it for a while, I’m happy with my own company, I read a lot, but too much of that would be not for me.”

When you’re cycling, you’re travelling with all of your senses, you’re not just seeing things through a window, you’re smelling them, you’re hearing them, you’re literally touching them and tasting them

Originally, Candy was looking forward to finishing cycling east in Georgia, which multiple friends had sung the praises of. With ongoing travel restrictions, however, she had to call it a day in Greece.

As the pandemic has already forced her to adapt plans, she is keeping them flexible. If for any reason Candy, who has an elderly dog she can’t leave for too long, has to return to the UK at short notice, she doesn’t want to be stuck in a country due to restrictions.

So what is it about cycling that makes it Candy’s chosen way to travel?

It’s important for Candy to travel in a meaningful way, and enjoying those earlier cycle touring holidays so much made her ask herself how she would travel “if she was Bill Gates”.

“I would not stay in fancy hotels, because you wouldn’t learn anything. When you’re cycling, you’re travelling with all of your senses, you’re not just seeing things through a window, you’re smelling them, you’re hearing them, you’re literally touching them and tasting them. That’s why I love cycle touring, and I want everyone to have that opportunity.”

In addition, being on a bike makes her feel powerful. “As a woman that’s quite a nice feeling because, often you don’t feel powerful – to be honest, I could always pedal my way out of trouble.”

Next up on Candy’s itinerary is cycling west, a segment in Asia. Her original plan was to take the trans-Siberian railway to Vladivostok, cross over to Japan and start cycling there. But yet again, the pandemic is demanding flexibility, with some Asian countries still restricting visitors.

She is now flying to Hanoi, Vietnam, on 21 April to cycle through South East Asia on an expedition bike custom-made by Richard Delacour at Oxford Bike Works. Although she’d like to continue through India all the way to Karachi in Pakistan, she suspects she will not get further than Thailand. But her return flight is open ended: “All subject to change, of course. That is part of the fun.”

Later in the summer, Candy will embark on the third leg, cycling north, where she will explore the Baltic countries, and then the final one in 2023, which will see her heading out from Cairo and seeing how far south she can get.

I wondered why, after surviving cancer, Candy decided to raise money for Cycling UK? She’s not ignoring cancer charities and has left something in her will, but thinks “cancer has quite a high profile”.

“Cycling has changed my life, but cycling in the UK I think is dreadful and I want it to be better.” Candy credits cycling for her quick recovery; it helped her become fitter, and she’s convinced it played an important part in how well she tolerated chemotherapy – and her doctors agree. 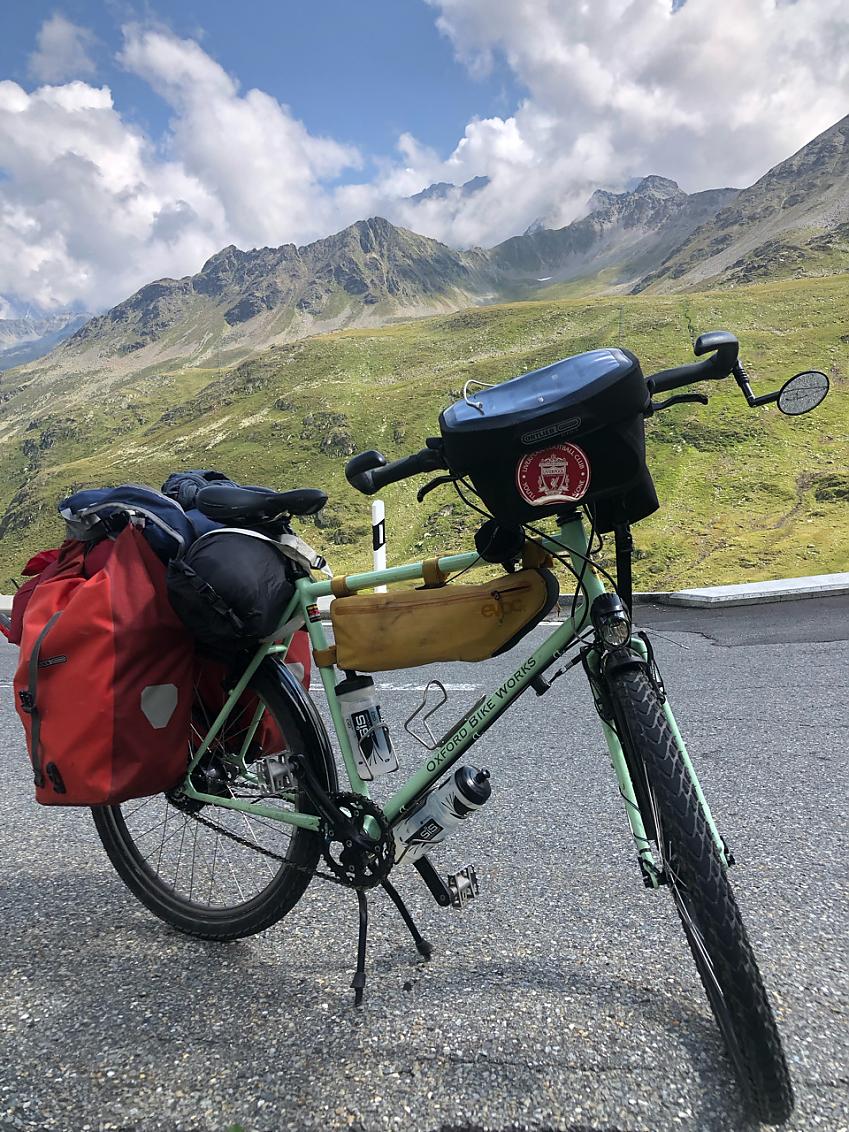 And on the topic of cycling in Britain, Candy believes it’s not safe: “France respects cyclists, Switzerland likes them, Germany I think probably loves them, Italy is predictably unpredictable but generally understands cyclists, whereas I just think England hates cyclists.” Candy wants to help normalise cycling, the way it is in other European countries.

The many delays have given Candy plenty of time to prepare: she has read a lot of books, bought a lot of maps, attended events and squeezed her “life in seven dry bags”. But she hasn’t trained especially, aside from a test tour up the east coast of England to check if she could do it and would in fact enjoy it – because at some point, you just need to go.

I must have sounded surprised, but Candy has thought it through: “You can never train as much as you’re gonna need.” Instead, “just go at your own pace and eventually you find you’re going a bit faster and you’re going a bit further, but again, who cares?” She’s confident: “You have to do it your own way, mine absolutely might not be someone else’s way.” As Anne Mustoe said, you’ll learn on the way.

Candy is setting off for the next two-month segment from Hanoi, Vietnam, 22 April, fundraising for Cycling UK. If you’d like to donate to her fundraising appeal, visit her JustGiving page. 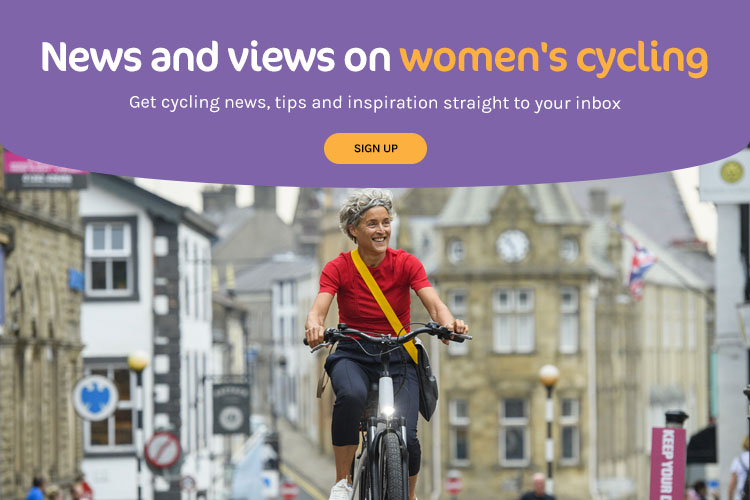 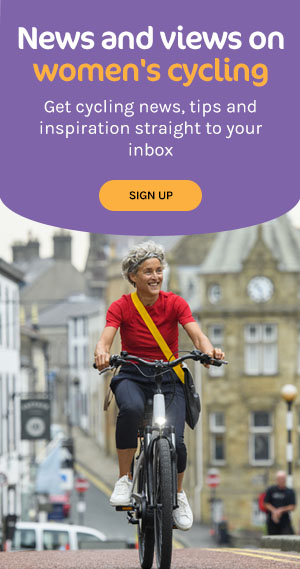