The RoadHawk Ride seems to have something of a cult following amongst cyclists, especially after extensive use in the BBC’s documentary, the 'War on Britain’s Roads'. After two weeks’ use, this is what I thought...

The Ride camera comes very neatly packed into a nice little box filled to the brim with adapters, power cables and varying mounts. It is clearly designed to accompany any mode of transport offering an array of flat stick-on mounts and Velcro grips.

As a cyclist, I was initially puzzled about which mount was meant to be for me. There were no instructions pertaining to this particular part of the gadget, so I tried them all. None fitted my helmet or my bike. The flat sticky mounts were clearly designed for a flat surface like a motorcycle helmet or a car window and were never going to sit well on an air-vented cycling helmet.

I then tried all manner of positions on my handlebars with Velcro, but the angles of the camera were all wrong. I would hazard a guess that sticking a mount to the side of your bike’s head tube would work, but I personally wouldn’t trust the stability of this and wouldn’t want to deface my frame anyway. By coincidence, my helmet had an Exposure Joystick light mount attached which fitted the camera perfectly (see helmet picture). 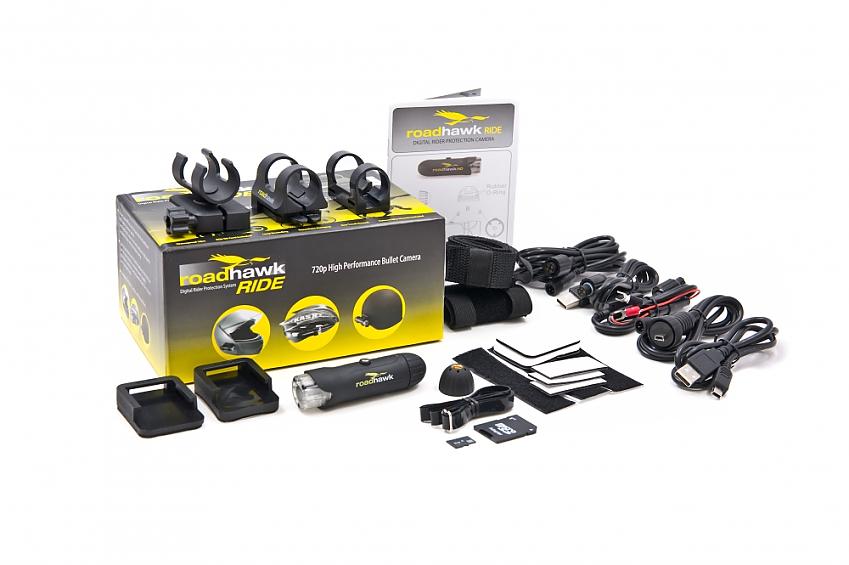 Once mounted, the camera is incredibly light and small. You could forget you were wearing one. It is easy to slip into your pocket once you’ve finished using it, and the USB adapter means that you can charge it up in the office ready for the journey home if needs be. The camera boasts 2 hours memory (8Gb) and 90 minutes battery use, but mine lasted three hours of on-and-off use.

The camera cleverly starts recording over old footage once the memory capacity has been reached. This makes it a very simple commuting tool if you need footage for peace of mind - you simply record and forget about it. This ease of use is probably why they have reached something of a cult status amongst cycle commuters in London, but it could be slightly disconcerting if you wanted it to record your favourite journeys or holiday memories.

There’s no concern in the rain as this camera is 10 metres waterproof. The face of the lens does collect raindrops, but the footage is still watchable if you refrain from wiping it and you would be hard-pressed to find a camera that doesn’t do this anyway.

One slight annoyance is that it doesn’t make any sound, which left me taking my helmet off a lot to check it was still on. It is also slightly disconcerting that you wouldn’t know whether the battery has run out or not either. 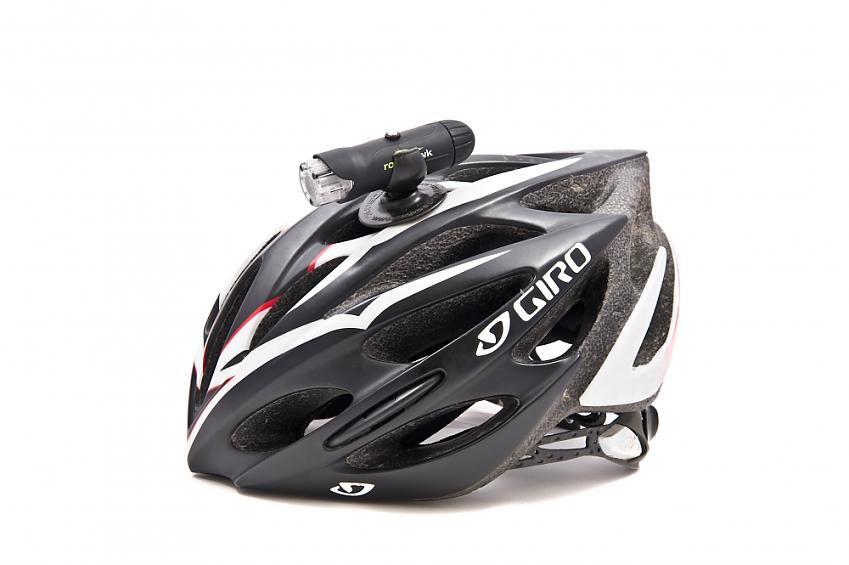 The footage from the camera is fantastic, especially considering how small it is. You are treated to 720p High Definition video, a 135 degree wide angle lens with low light capacity and 30 frames per second. What this means in real terms is that the camera will cover footage from pavement to pavement in smooth, bright, quality video. This is particularly useful if you are using the camera for peace of mind on busy streets. For example, it had no problem capturing the licence plate of a Seat Ibiza that roared past me at great speed round the corner of a country road on Saturday.

The camera is meant to be used much like a USB stick in that no software needs to be downloaded to use it. Unfortunately, it did not seem to load up at all on my work computer and Media Player (the recommended video playback software) on my home computer only played sound and no video. I then downloaded VCL for free from the Internet, which gave me video, but no sound. It could be that my computers are a little archaic, but nonetheless I was a little disappointed. On the plus side, they do offer free video editing software if you fancied making a little montage of your clips.

In summary, I found the camera easy to use, but with a few niggles that could be improved. The mounts are awful for cyclists, but a few extra pounds spend on an alternative, plus possible downloads of extra software, will leave you with a small and light camera that is simple to use with fantastic video quality. It may seem like a pricey investment at around £149, but it is, in my opinion, the best 'bullet camera' on the market at present if you feel the investment is worth it.