The quiet roads of the past few months have enabled many families to get out cycling, but this will end without protected cycle routes
By Keir Gallagher
28 May 2020 - 4:01pm

With some schools in England reopening next week, Campaigns Manager Keir Gallagher discusses why English councils are presented with an unmissable opportunity when it comes to enabling children to cycle to school - and parents can get their councils moving.

Are you a parent or carer? Write to your council to ask for space to cycle to school.

Cycling and walking advocates have often maintained a simple maxim when asked how to get more kids cycling to school: create safe, protected space for cycling, and people – children included – will use it.

The evidence has always been there, but so too have the same excuses been rolled out to meet it.

The Netherlands triggered a sustained cycling boom by making protected cycle paths beside roads as natural a feature as pavements. ‘The Netherlands is different’, we were told, ‘that simply wouldn’t work here’.

Ok, we said, how about in Seville, where a network of cycle lanes triggered an 11-fold increase in cycling? Well, ‘Seville is different’, of course, ‘it’s warm, sunny and flat’, ‘it just wouldn’t work in England’.

But then it happened in London. The response? Oh yes, of course: ‘London is different’, came the cry.

Of course, there are undoubtedly differences between these cities and countries when it comes to cycling, but those differences aren’t down to weather patterns or some historic decision about street width, they are differences in the two most vital components needed to get people cycling: political will and a closely associated question of funding. 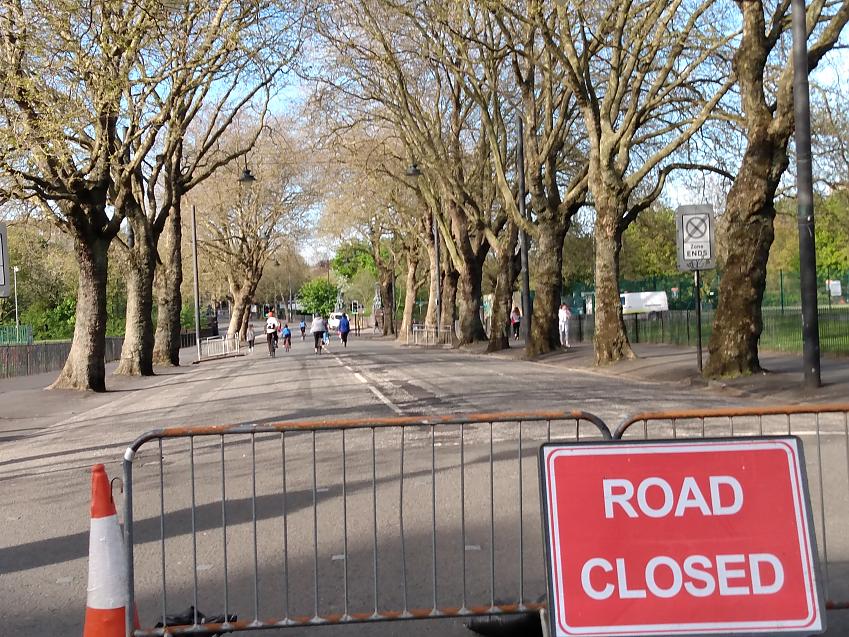 Some councils have created space for distancing by closing roads, but now we need wider networks to help children get to school

If the coronavirus lockdown of the past few months has proven anything, it’s that the ‘such a place is different’ argument can no longer hold.

Throughout England (and the rest of the world), quiet, low traffic roads – the simplest form of ‘safe space’ – have led a boom in cycling, especially amongst families and children.

Bike trips are skyrocketing in many areas, bike shops are reporting an inability to keep up with demand, and a recent poll found cycling to be the most popular outdoor family activity during lockdown.

We know children want to cycle to school and that their parents want them to be able to, but we also know that 59% of people feel the roads are too dangerous to cycle on.

Who would let their son or daughter cycle on a road they consider too dangerous for themselves?

What everyone who’s been out cycling during lockdown also knows is that a return to busy roads and congested traffic will trigger a similarly steep decline in cycling, and that there has therefore never been a better or more urgent moment to cement cycling and walking as the primary modes of transport for local journeys – and there’s no better way to do that than by getting young generations to embrace it on their commute to and from school.

Promisingly, after sustained campaigning by Cycling UK and a wide range of other active travel groups, the need to act urgently to maintain this momentum has been recognised by many – both politicians and the public - with the Government putting forward £225m of emergency funding (20% of which will be available immediately, the rest over summer) to help English local authorities rapidly create ‘pop-up’ along key corridors, with a larger £2bn cycling fund also announced - more details on that due in June.

This is fantastic to see, but unfortunately it only represents a minority of English councils, and we are rapidly approaching the tipping point of no return, where lockdown mentality is left behind and old habits – namely jumping in the car without a thought – are rapidly picked up.

Compounded by the risks of public transport during a pandemic, we are therefore approaching the moment of truth as to whether this cycling boom will be maintained, and no more so than in the context of schools, many of which will begin a phased reopening on Monday, 1 June. 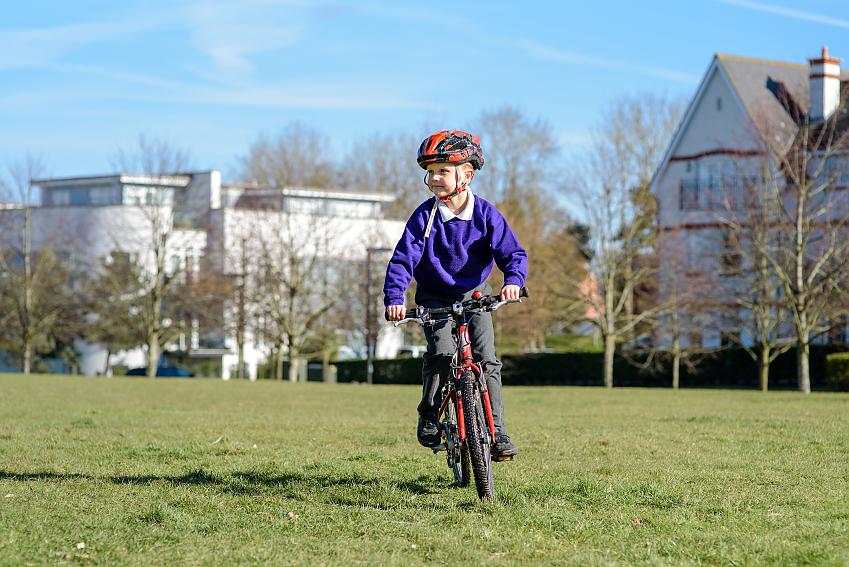 This will be the first test of whether local authorities really are committed to saying goodbye to the car for most local journeys, and want to move towards a safer and healthier alternative.

If we are to maintain the momentum of children and families cycling for everyday journeys, local authorities must act now to create safe routes to and from schools, enabling children and parents to cycle and walk safely, and also implement measures such as ‘school streets’, to create safe space outside school gates during pick up and drop off, which will be absolutely vital to allow social distancing.

For the first time, councils have funding available to do things quickly, and widespread support for such interventions, even where they are temporarily implemented using traffic cones and fencing.

But to make this happen, parents and carers must raise their voices and show the more reluctant local authorities that this is something which would hugely benefit them, to dispel any claims that this is merely the call of avid cyclists.

That’s why Cycling UK have made it easy for parents and carers to write to their council, and to highlight where some simple and quick measures could create space for children to cycle to school upon their return next week.

Equally, councils will already be planning the wider return after summer, and they must be encouraged to recognise that creating safe routes to and from school must be a key part of this planning.

A handful of parents or carers from any one school will help focus local authority minds, but if you have child of school age, I would appeal to you to speak to other parents or carers with children at your school to add their voice too, and share this campaign amongst everyone who wants their children to be able to cycle to school – with every single added voice, the simple request, that children are provided the space to cycle and walk to school, becomes harder and harder to ignore.

If you want to get your kids cycling to school when classes return, but you're not sure how - check out our guide on cycling the school run post lockdown.

Want to get your kids cycling to school when classes return, but not sure how?

With school gates gradually re-opening for children, many people are understandably worried about the journey there.

Buses may no longer be an option, and children are being actively encouraged to cycle or walk. What's the best way to support them?

We've put together some ideas from Cycling UK for parents, local authorities and schools.

Back to school after lockdown: Cycling UK’s guide to cycling for the school run View

£225m for temporary cycle space allocated to English regions View
Cycling UK continues to support the UK to cycle
This remains true during this difficult period with the ongoing threat of coronavirus Covid-19
Read our latest advice on cycling
Join Cycling UK to help us change lives and communities through cycling
Membership gives you peace of mind insurance, discounts in cycle shops, rides & routes
Join now