The ‘all-ability’ of Edinburgh All-ability Bike Centre means just that; whatever limitation someone may be facing, whatever their background, this project’s dedicated volunteers will find a way to get someone out cycling. The centre has a range of adaptive cycles which include trikes, hand-cycles, recumbents, tandems, tandem trikes, wheelchair-accessible bikes and more. Anyone’s needs will be catered for, and everyone can feel the benefit.

The Edinburgh All-ability Bike Centre (or ABC) project is based at Bangholm Outdoor Education Centre and was first started in the summer of 2015. The project had a simple aim: provide cycling opportunities to everyone. In the almost three years since, its regular, free sessions have run several days a week from March to November, they have helped both disabled children and adults and their families, as well as beginner cyclists and older cyclists returning after a break or perhaps a health issue. The benefits for all of them have been numerous, from improved physical health to greater independence to simply having fun and meeting new people. 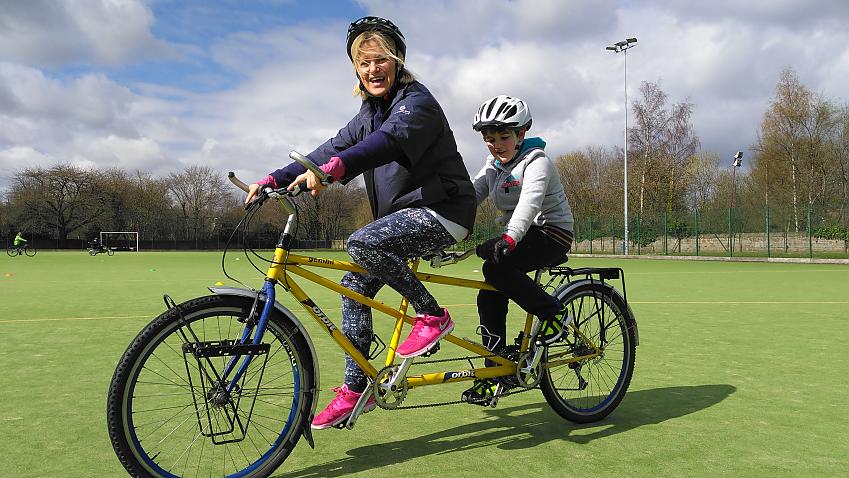 Trying out a tandem

Sarah Cullis, a parent of one of Edinburgh ABC’s regular young riders, said, “We are pleased that Alex appears greatly to enjoy his time at the centre and are also happy that Alex's time has helped him to develop his skills, capabilities and confidence.”

Alex is a young man with autism and learning disabilities; he finds new situations stressful and hard to cope with. Alex started out on the side-by-side with his support staff, which allowed him to gain the skills needed before moving on to the solo semi-recumbent trike. Alex was then lucky enough to get his own semi-recumbent trike for Christmas, which he uses at home. 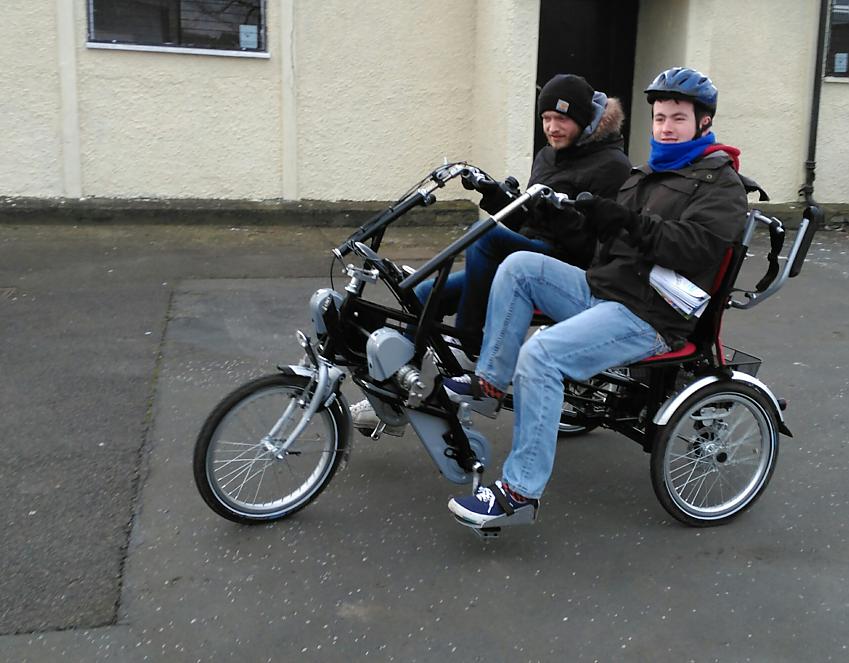 Alex using the side by side

Sarah continues, “Alex's carers and ourselves have found it quite difficult to find meaningful activities that are suitable for him and that really engage his attention and help to develop his skills.

“However, we feel really lucky that he gets to visit Edinburgh ABC, as it is one of the activities that really helps to provide focus for his week."

The gratitude and love felt for the project is reflected in how families have been involved in fundraising; in the last year alone, approximately £5000 have been raised thanks to them.

The project volunteers have also relished the time they have put in. There are currently 15 volunteers working to support Edinburgh ABC, from regular session assistants to occasional volunteers who spread the word about the project’s activities. 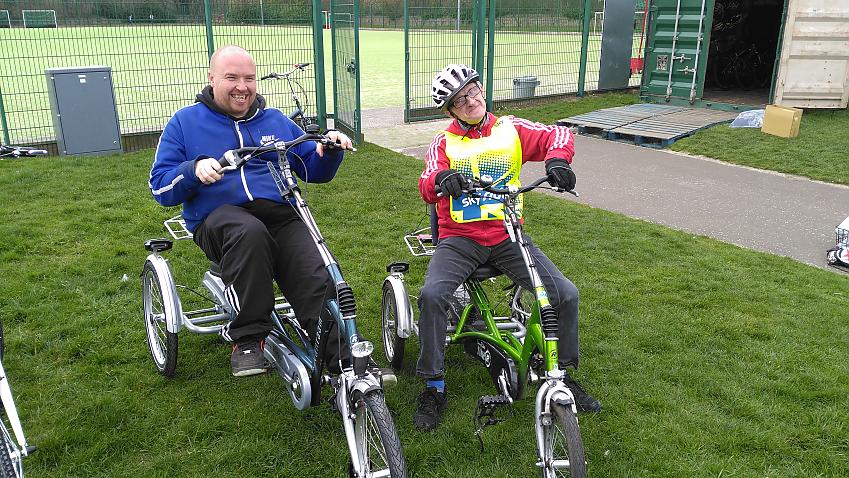 Volunteer David Aris, with his Ride Leader and VeloTech Silver mechanics training from Cycling UK, is a real asset.

“The best thing about helping with Edinburgh ABC is meeting people and helping them get cycling,” David said. “I love it.”

The age range catered for is all-compassing; from 3 to 95, as one volunteer noted. The 95-year-old, at that top end of the scale, is Ron Cattell, who attends sessions at Edinburgh ABC with his grandson, Sy. Ron first came along to the bike sessions two years ago after advice from a physiotherapist who volunteers at the project. He was keen to maintain an active lifestyle despite his age and a recent fall which had resulted in an injury preventing him from getting out as much he would like. 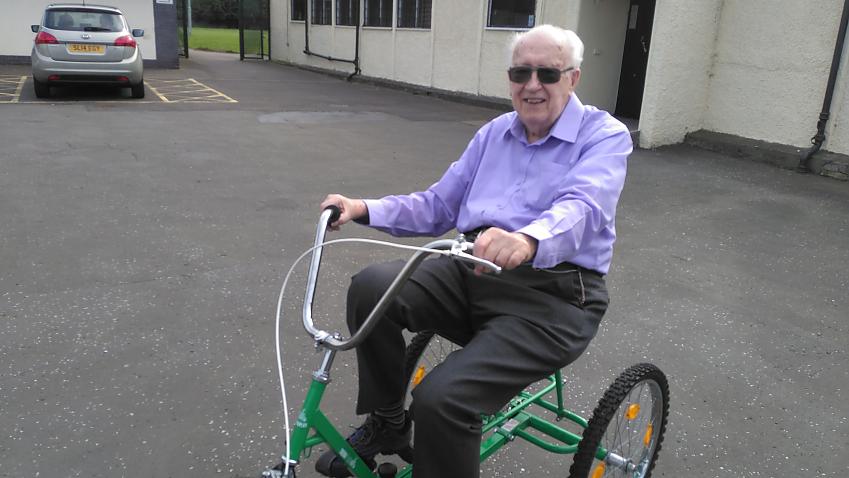 What is inclusive cycling? View
You too can champion cycling in the UK
Give your support today to help Cycling UK’s charitable work tomorrow. We double every pound you give through other sources to help change lives and communities through cycling.
Volunteer now