Three Cycling UK members have successfully completed an epic challenge to tackle 100 of the UK’s most iconic climbs in one mammoth month-long road trip.

Along the way they battled some of the worst weather the country had to throw at them and conquered some of the most feared climbs known to cyclists – including Leith and Box Hill in Surrey, the Honister and Hardknott Passes in the Lake District, and the infamous Bealach-na-Ba in Scotland. 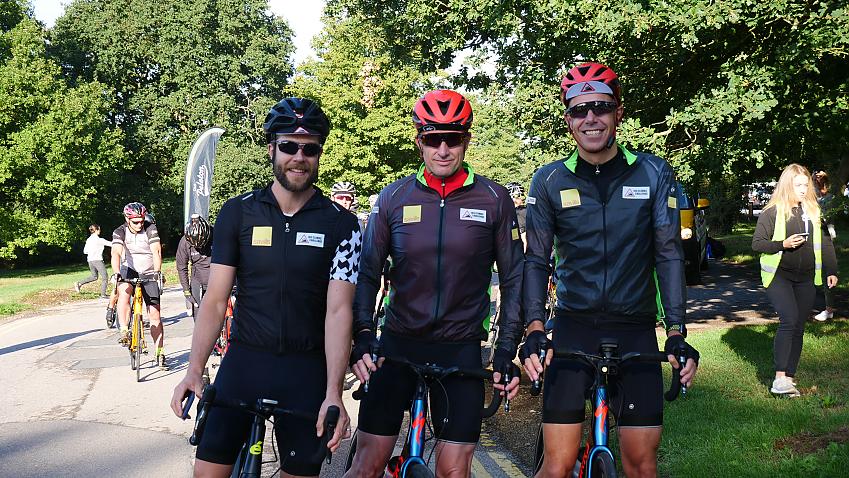 Dominic Millar, 49, from Guildford, said: “It was the toughest thing I’ve ever done without a shadow of a doubt. I think it’s probably changed us all a little bit.

“We’ve been up the hardest climbs in the country, which is physically demanding, and there was all the doubt whether we could actually do it.

The highlight was the British countryside which is just stunning. We went through glens in Scotland where we were cycling through rainbows. It was almost a spiritual experience.

Dominic added: "There were times when it also got quite dangerous. We were on busy A-roads in Scotland where there was holiday traffic and you couldn’t see anything through your glasses because the rain was lashing down – and that wasn’t comfortable at all.

“But we had a hundred people join us on the road. Some joined us for an afternoon, some joined us for eight days and they’ve all been so supportive, and I’d like to thank those people. Hopefully we’ve inspired them to go on and do their own challenge.” 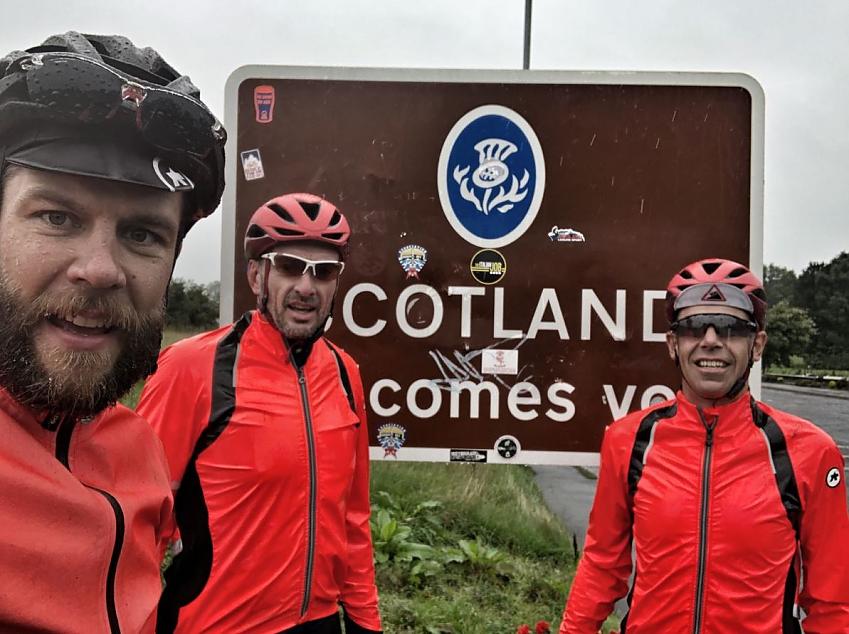 The idea was cooked up by the three men in the pub as they contemplated a challenge they could complete together, and decided to use Simon Warren’s book 100 Greatest Cycling Climbs as their inspiration.

Graham Salisbury, 49, from Liphook in Hampshire, said: “I genuinely didn’t know if we’d be able to do it. I booked all the hotels and I booked them all cancellable just because I wasn’t sure!

There were definitely tough, tough days, some grim times and times when we didn’t want to be riding but getting to the end it feels great.

Graham Salisbury added: "The highlights were the natural beauty, like cycling through the middle of Wales, up the Devil’s Staircase where there was just a stunning light. And then up in the Yorkshire Dales – that was fantastic.

“And it was the people who joined us and the stories they had to tell about why they cycled and what they were doing cycling. People joined us for a day and it was perhaps the longest they’d ever cycled, and that made it really special.

“Probably the bleakest moment was cycling to Dornie which is on the west coast of Scotland and we had horrendous weather, and we had traffic thundering past us, it was a 200km day, you couldn’t really see much and the rain hurt and we were frozen.” 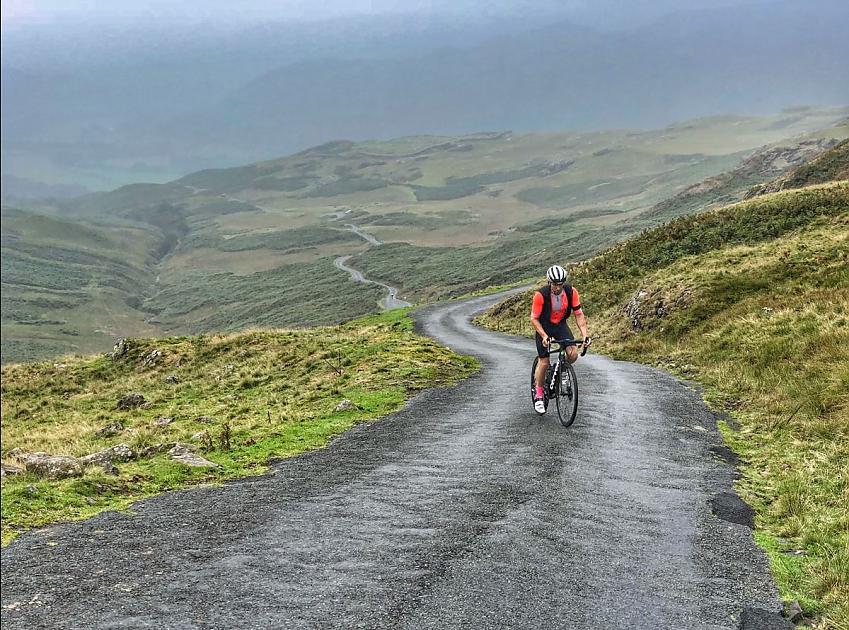 James Findlater, 40, from Bristol, said: “It’s been eventful, it’s been stressful, it’s had deep, dark moments but also really enlightening, a special way to look at the countryside.

“We only got four or five days without rain but luckily some of those days were the Yorkshire Dales which were absolutely astonishingly pretty.

“The way Simon has graded the climbs in the book is absolutely appropriate. They’re not just graded on their difficult but on their impact. So when you get all the way up to north west Scotland and you climb Bealach-na-Ba it’s actually dominated by a thick cloud cover at the top but it opens up almost like a volcanic bowl, and if you’re super pacy it’s a good 35 minute climb.

“I love my bike. I’m definitely going to be back on it but I’m going to take some sensible rest first but I’m looking forward to going for a nice pootle around my home roads.”

As well as a personal challenge, the cyclists were raising money for a number of charities close to their hearts including LandAid, Coram, Cancer Research and Alzheimers Research UK.