Judith Stewart was exactly the kind of person that the Big Bike Revival is there to help; her bike had been sat in her shed with a puncture for far too long, and she’d stopped cycling because of it. Through a Big Bike Revival event last summer, she not only got her bike back to working order, she also found Mecycle, a fantastic local establishment in Sefton that would soon change her life.

Mecycle is a social enterprise run by Autism Initiatives, giving people with autism a supportive place to work and learn new skills. The first time Judith visited Mecycle she was overwhelmed with the diversity within the small local coffee shop.

Judith says, “I think it was the welcome that they gave me and seeing all the people working in the café. It made me think about why I hadn’t I cycled into the village.”

Mecycle opened in Ainsdale four years ago and has been supporting Autism and providing a place where cyclists can gather to share experiences.

“The place is set up for cyclists, so you don’t need to worry about finding a place to park your bike. It’s worth taking the extra ten minutes and cycling in.”

Judith had caught the cycling bug. She returned to Mecycle to pick up some leaflets about local cycling and walking classes, and then became hooked on local spinning classes.

“I started to go out with friends, going out through the woods for longer rides and then getting the train home.”

She then decided after some research and the new love she found in cycling to take the next step and get herself on a road bike and learn another new skill. Judith used the professionals who worked in Mecycle to gain more information about the different types of road bikes that she could purchase.

“I went back into Mecycle and they gave me some great advice, they explained how it can be difficult to make the change from a standard leisure cycling to a proper road bike. They’d luckily had a bike donated to them, it was a hybrid, meaning it had different tyres so that I could go through the woods and had extra grip in winter but go on roads in the summer.

“I thought I’d be straight into cleats and become this woman in Lycra! But the staff at Mecycle said not to make this change just yet, but to get used to the bike first. They really got to know me as a cyclist and a person which was very comforting, this made the whole experience very exciting.” 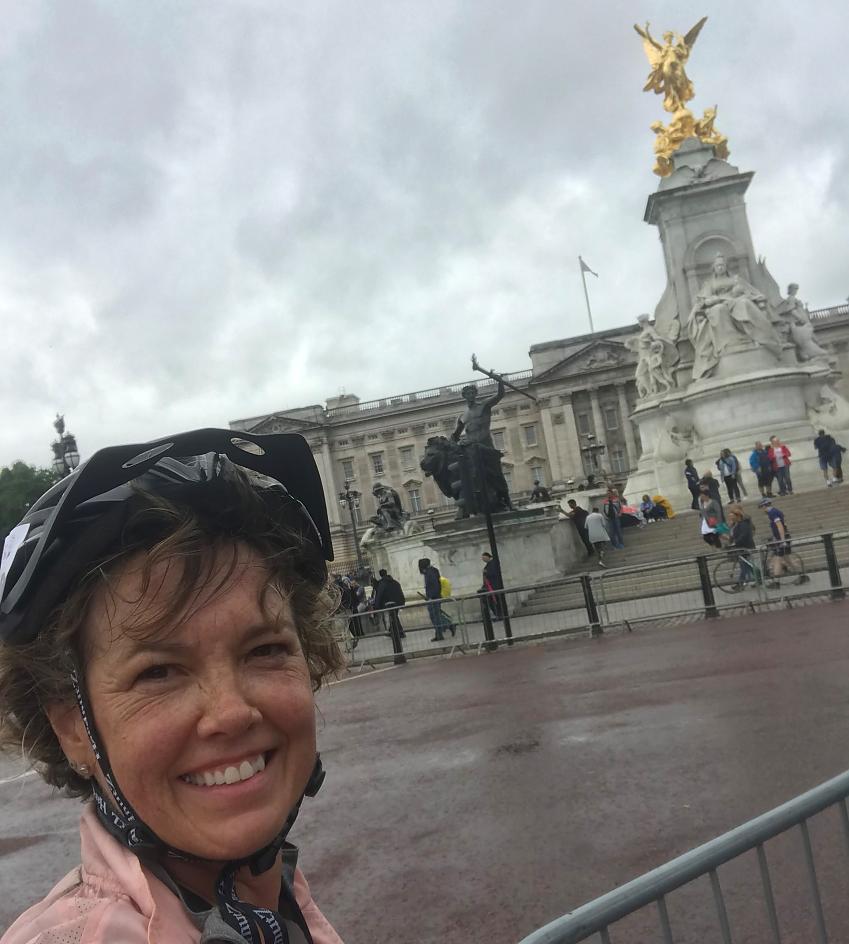 Judith and her bike were gradually transformed with the help from Mecycle. After some much-needed practise, Judith felt comfortable enough to sign up for the Prudential Ride London-Surrey 46 miler, after completing this and enjoying it so much she’s now entered the ballot for the 100-miler next year.

I’ve gone from riding three or four miles, in and around the woods with no traffic, to feeling confident on the roads, and cycling next to professionals at major events.

“I’ve gone from riding three or four miles, in and around the woods with no traffic, to feeling confident on the roads, and cycling next to professionals at major events,” says Judith.

“It’s been a slow and steady process, particularly training for events. But with the help and support from Mecycle and my family and friends I have loved every minute of my new hobby.”

Judith’s family and friends have also been inspired to get onto two wheels and see the world from a different view. For her 50th birthday with her school friend Lynne, Judith was able to convince others to join her on a cycling trip to see Cambodia and the amazing sites San Francisco had to offer to, not least cycling across the iconic Golden Gate Bridge. 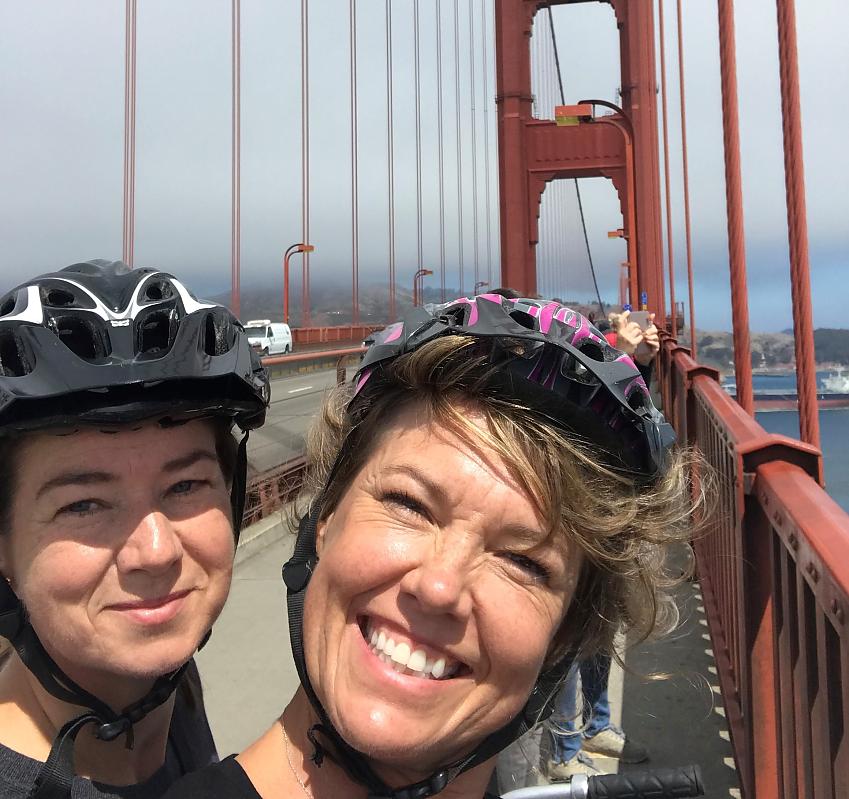 Judith and Lynne on the Golden Gate Bridge

“We have always loved cycling as a family, but had lost this as the girls grew up, so to see all of us on bikes in such amazing surroundings was just the experience of a lifetime,” says Judith.

All of this wouldn’t have been possible without Mecycle and that initial discovery at a Big Bike Revival event. Judith rhapsodies about the benefits of having such a helpful local bike centre, which anyone can pop into and ask questions about cycling or get help with their own bike.

“There’s still more I’d like to take advantage of there – they run these small classes about keeping your bike up-to-date or repairing a puncture. I would recommend finding a local dealer, someone who really understands the trade and sees you in person, just like those in Mecycle.”

Organise a Women's Festival of Cycling event View
Cycling UK continues to support the UK to cycle
This remains true during this difficult period with the ongoing threat of coronavirus Covid-19
Read our latest advice on cycling
Join Cycling UK to help us change lives and communities through cycling
Membership gives you peace of mind insurance, discounts in cycle shops, rides & routes
Join now