Jenny Graham has only 1,000 miles to go in her unsupported solo round the world record attempt. She has ridden 17,000 miles from Germany around the globe and is currently making her way across Spain

The 38-year-old from Inverness, who is one of our 100 Women in Cycling for 2018, is on schedule to break the women’s record for cycling solo and unsupported around the world. Jenny, who is part of The Adventure Syndicate and a member of Cycling UK, started her journey in Berlin on 16 June at the end of Bike Week and now she is in Spain.

Jenny keeps in touch with us at Cycling UK and sent us a video message when she arrived in Halifax in Canada and was awaiting a flight to Portugal. She has been riding long days and non-stop through the night to make up time.

It’s not all plane sailing, last week she had a broken gear cable to deal with, but friendly bike shops all over the world have helped keep her bike moving. 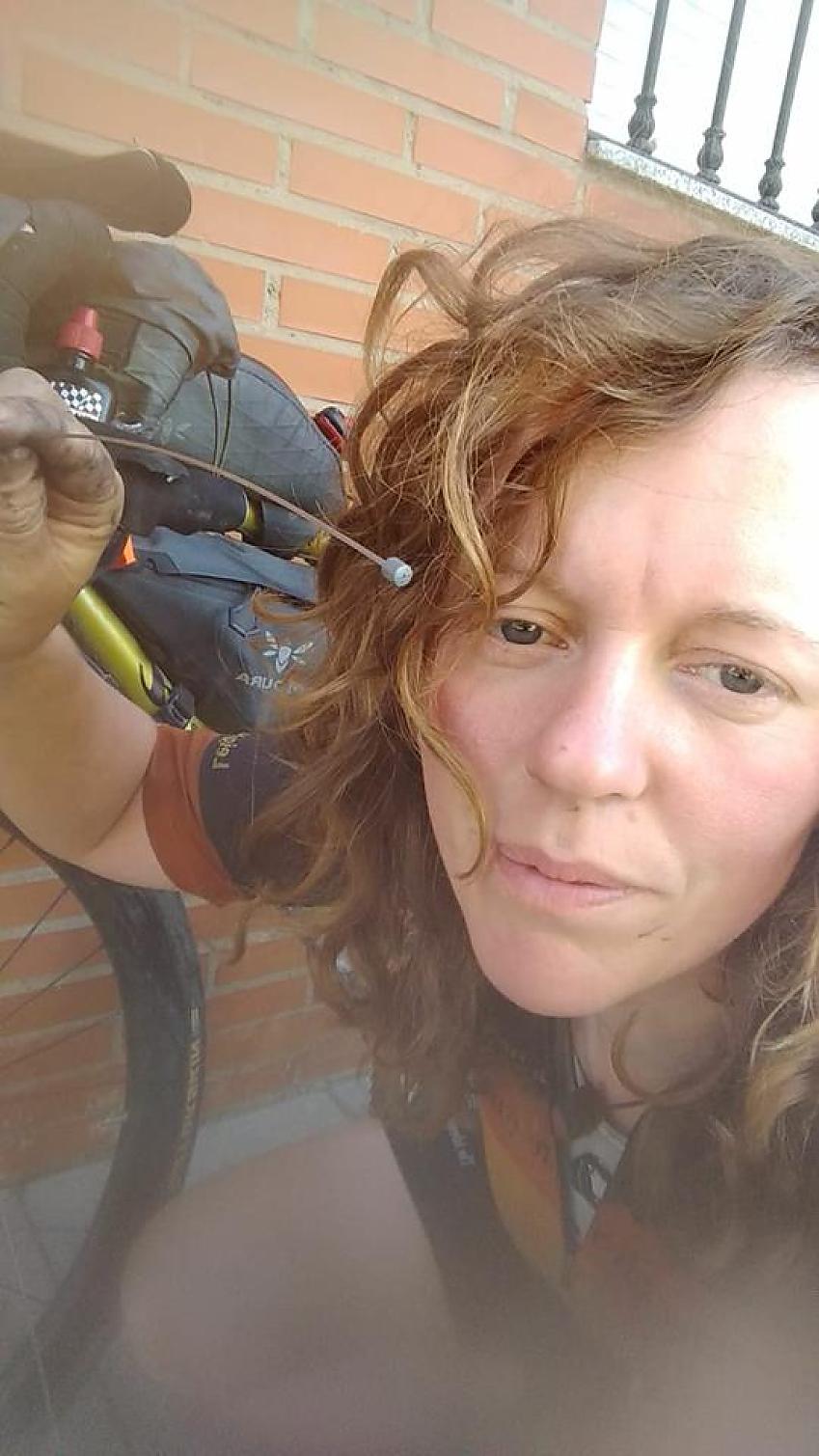 After a good sleep on the plane, Jenny is back in Europe. She has been filming her journey for a documentary and today Lee Craigie from The Adventure Syndicate will be following her filming, recording audio and taking photos of the final leg.

As this is a solo unsupported journey, Lee is not allowed to help Jenny or cycle ahead of her so that Jenny can draft. Jenny has been issued with a set of rules which Lee must follow:

1. Lee cannot ride in front of Jenny at any time (but Lee can draft Jenny all she likes)
2. Lee cannot buy or offer Jenny any food or equipment
3. Lee must not assist with navigation (Lee didn’t even bring a GPS) or mechanical issues (Lee is encouraged to continue on to the next coffee stop instead of watching)
4. Jenny must not be woken in the mornings
5. Lee must not ask the following questions:
- Where are we?
- Are you OK?
- What’s the plan?
6. Lee must never interpret or speak for Jenny but instead shall stand meekly by like the shy retiring wallflower she is
7. Lee must not be too entertaining (neither think this will be too much of a problem)
8. Lee cannot offer any emotional support so that Jenny is in full control of her emotions and is actually of more benefit to Lee (probably the most likely scenario anyway)

You can follow Jenny’s journey via a live tracker. The route is 18,000 miles in total and has taken her across four continents and through 15 countries: Germany, Poland, Latvia, Lithuania, Russia, Mongolia, China, Australia, New Zealand, Canada, USA, Portugal, Spain, France and the Netherlands. She has taken four flights and a boat.

It can be long, hard and lonely on the road, if you’d like to support Jenny you can send her an encouraging message on social media using the hashtag #eastboundrtw