Jaimee gets gold at the World Transplant Games

Jaimee gets gold at the World Transplant Games

We’re delighted to announce that – thanks to your support – 14-year-old Cycling UK member, Jaimee Luscombe, has taken home three gold medals at the World Transplant Games.

Jaimee was able to attend the games thanks to support from Cycling UK members and others who helped raise funds to cover Jaimee's expenses, pay for kit, equipment and training costs.

An update from Jaimee's mum on her JustGiving page posted on Sunday 25 August, said: "I am so delighted to report that the World Transplant Games in Newcastle 2019 were a complete and awe inspiring experience. Thank you all for you support during this year. ROLL ON HOUSTON, TEXAS in 2021."

Cycling UK member Jaimee Luscombe is a promising young sportswoman and loves cycling; she’s even won gold medals at the British Transplant Games. But, as you may have guessed, her success is all down to a lifesaving organ donation – a kidney transplant.

In August 2011, when Jaimee was just six years old, she was diagnosed with renal failure. It was the sudden explanation for months of lethargy, abdominal pains and infections, but it took Jaimee vomiting blood for her GP to take her family’s concerns seriously and send her straight to A&E.

“She was always very pale in colour,” explains Jaimee’s mum, Helen. “She would take an hour and a half to eat her tea. She had her happy moments but she wasn’t as active as other children. We’ve since had two more children, but at the time we just didn’t know anything was wrong, as we didn’t have anything to compare it to.” 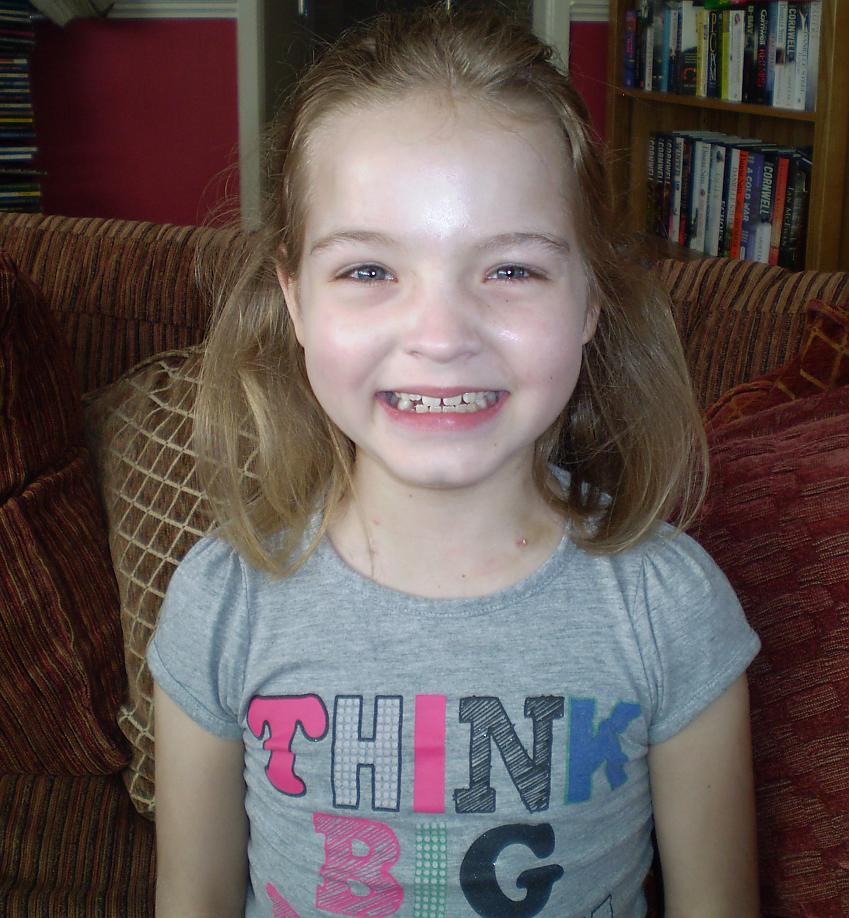 Jaimee as a little girl, before her diagnosis

The diagnosis was a shock, with no real explanation – Jaimee’s kidneys had simply stopped growing and on a scan looked as if they belonged to a child years younger.

Dialysis was Jaimee’s only hope while a search for a suitable kidney went on; she would have eight hours of treatment at home every single night. Things become more complicated when persistent infections meant she had to switch to something called haemodialysis, which could only be administered at the Bristol Royal Children’s Hospital – a five-hour round trip from her family’s home in Devon, three times a week.

Meanwhile, Jaimee’s parents both offered to be her kidney donor, but her father Kev was the wrong blood type, and mother Helen was pregnant with her little sister and would go on to have a complicated birth.

In April 2013, after more than a year and a half of treatments and waiting, Jaimee’s family got ‘the call’. Against the odds, a suitable healthy kidney was waiting – people usually spend much longer on the waiting list. The family raced to Bristol, and at the stroke of midnight, Jaimee was put under for the two-hour procedure, her parents waiting with baited breath. It was a success.

She was out of bed and running around the ward the next day.

“She was like a different child, instantly.” says Helen. “She was out of bed and running around the ward the next day. She couldn’t go to school for six weeks because of the infection risk, but she was raring to go. She will have to take anti-rejection drugs for the rest of her life, but that’s it, she is no longer ill. It’s been completely transformative.” 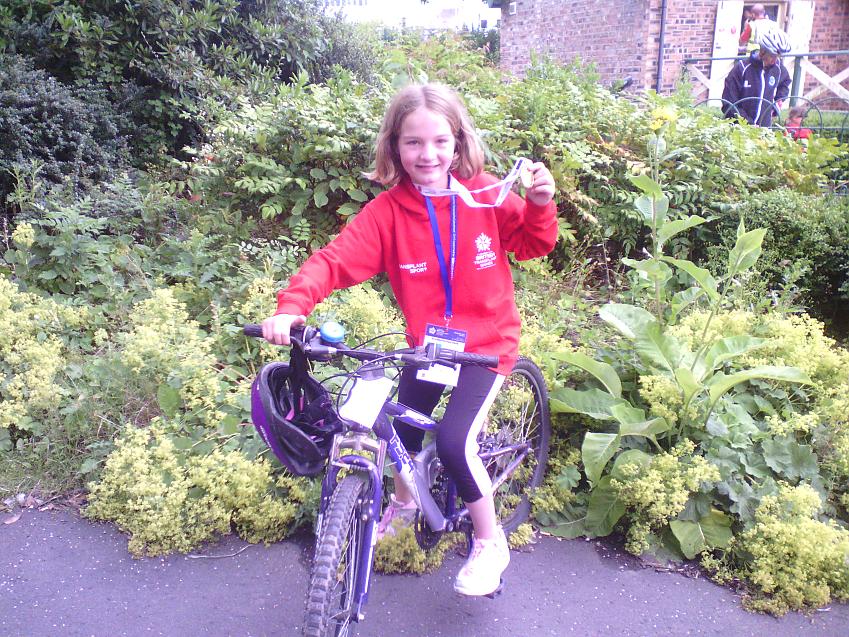 With Jaimee’s new found energy, she jumped at the chance when the hospital in Bristol contacted her to see if she would like to take part in the British Transplant Games. An annual event for more than 30 years, the British Transplant Games encourages people from around the country to come together to celebrate the gift of life and raise awareness of lifesaving realities of organ donation.

“It really is an awe-inspiring event,” said Jaimee's mum Helen. “There are people running marathons who have had double lung and heart transplants.”

Since her first games in 2014, where she competed alongside 2000 other children, Jaimee has won numerous medals across many sports, including three gold medals in cycling. She is now a healthy, happy 14-year-old.

“I really enjoy training with the cycling team,” Jaimee explained. “There’s always someone to help you. There are people my age, but many people are much older, even in their 80s, which shows me that it’s possible to be very active in later life even after having a transplant. It’s very reassuring for me.

“I’ve won a gold medal for three years now, but it doesn’t get any less special, the feeling is still the same.” 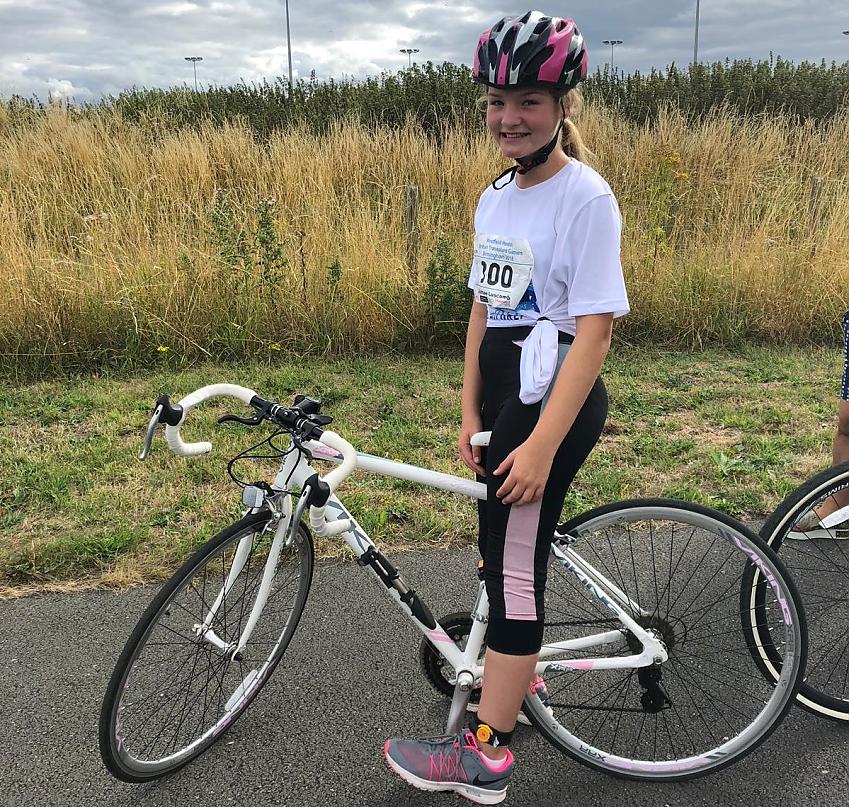 Jaimee winning in Birmingham this year

Jaimee’s performance was so good that she was selected to cycle for Team GB and NI at the World Transplant Games in 2019. To go would mean the world, and she has her heart set on raising the money she needs to train for it.

“To be picked in the first place is amazing, it was such a shock to get the email,” said Jaimee. “Just the fact that people have seen me and think I could represent the whole country. I would like to be placed, but even if I don’t, I know it will be an amazing experience.” 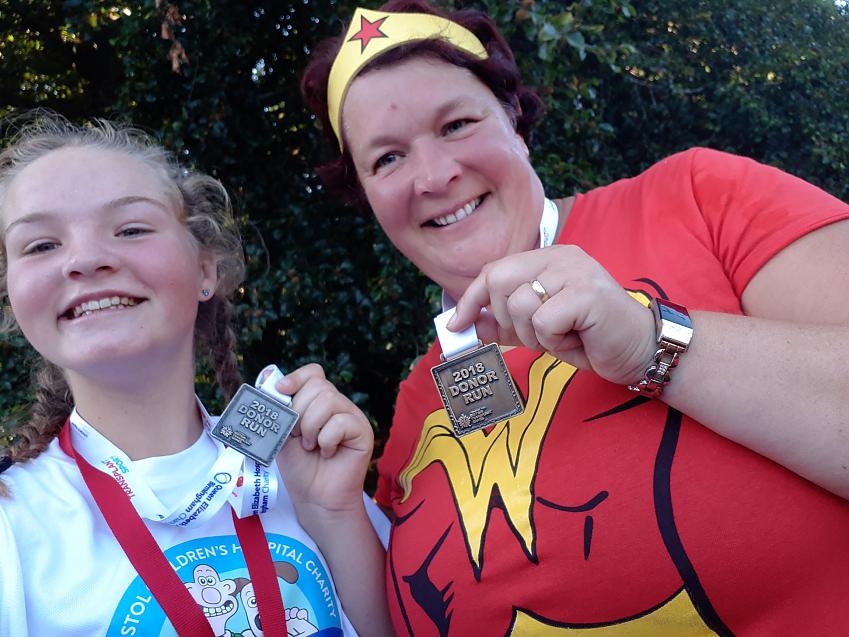 Jaimee and her mother Helen taking part in the Donor Run

“It’s so important to keep organ donation at the forefront of people’s minds,” adds Helen. “It’s just not something people think about, unless they know someone who has gone through it.

“For Jaimee, receiving her kidney transplant has been life-changing. She used to get so upset when she was younger and poorly. She’d never win any races on sports day, because she wasn’t a fit and healthy little girl.

“We will never forget the kindness and selfless act of donation that changed our lives forever.”

Jaimee is fundraising to go to the World Transplant Games in Newcastle in 2019 and needs to raise £2500 to cover the costs of her training, travel, insurance and entry. If you'd like to support her you can contribute via Jaimee's JustGiving page.

Do you have a cycling story to tell?

Are you or do you know a Cycling UK member with a story to tell? Let us know in an email to publicity@cyclinguk.org.

From paralysis to pedalling; Norma's recovery from locked-in syndrome View
Cycling UK continues to support the UK to cycle
This remains true during this difficult period with the ongoing threat of coronavirus Covid-19
Read our latest advice on cycling
Join Cycling UK to help us change lives and communities through cycling
Membership gives you peace of mind insurance, discounts in cycle shops, rides & routes
Join now