Helen Ball was right to think more women in Liverpool wanted the opportunity to get out on their bikes; her Community Cycle Club is growing fast, thanks in part to a fantastic local cycling route.

Helen originally set up her group in May 2016, Liverpool Loop Line Ladies Cycling, or LLLLC, after she found she had more time when she became self-employed and based at home.

She explains, “I think there’s a real danger if you’re working out of your spare room that you could just stay in and sit at the laptop all day. That’s why my husband and I bought a couple of second-hand bikes off eBay after not having been a bike for over 30 years. However, due to his shift pattern it was difficult to find the time together, so I needed some other cycling buddies. And I thought, there must be other women like me who want to get out riding their bikes more in a female-only social group, but not necessarily ride fast for miles and miles wearing all Lycra!

"I put a new group up on Facebook and it just grew from there."

Paula Bailey was the first one to jump in, after she met Helen through Cycling UK Cycling Development Officer Chris Alston. The ladies went for a coffee before meeting for the group’s very first ride last May. Nine months later, there are now eight women who now meet regularly, and many more who dip in and out of the group’s activities.

LLLLC has regular published rides per month; both weekend and weekday rides. The benefit of having an online community also means the group can be quite spontaneous, and it’s fairly easy to find someone to link up with and go out if you fancy a ride in between the ones in the LLLLC calendar. If someone fancies getting out on their bike, they just give a shout out on the Facebook group and see who else fancies meeting up.

We meet up at an agreed starting location and then collect others along the way close to where they live, meaning that no one is riding alone.

Helen says, “The Liverpool Loop Line is a great place to cycle for beginners; it’s flat and traffic free and runs North to South from one side of Liverpool to the other. With it being an old railway line, some stretches of the line can be fairly quiet with the potential to feel isolated if you’re riding there as a woman on your own, so we meet up at an agreed starting location and then collect others along the way close to where they live, meaning that no one is riding alone." 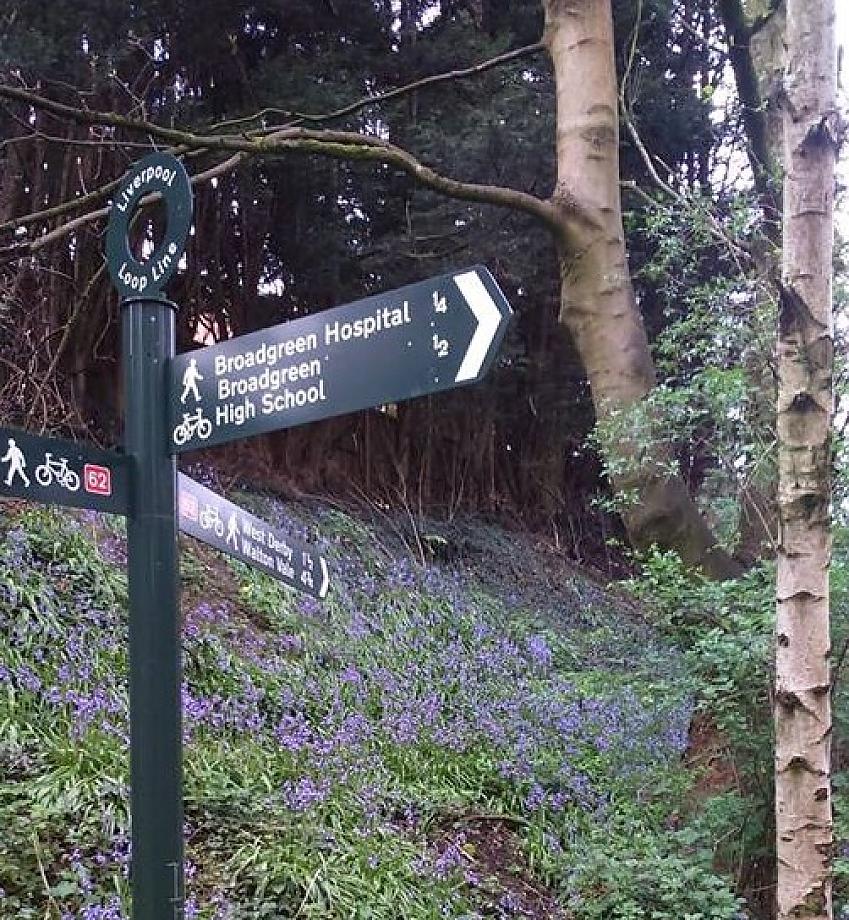 Out on the Liverpool Loop Line

In the past, the Loop Line had a bit of a reputation for anti-social behaviour but that is changing now as lots of cyclists, dog walkers, and families are using the space regularly and it can get quite busy especially at weekends. The Loop Line being used for leisure and exercise means there is a lot of the natural surveillance, which is having a positive effect.

One of the challenges for the group is translating the large Facebook following the group as amassed into regular committed riders. Helen hopes people’s New Year resolutions will mean that other women will be looking to get out on their bikes more or try out cycling for the first time.

"As we are becoming more confident, we have also got a bit more adventurous and have ventured as far as Crosby, Otterspool and north along the Leeds Liverpool canal to Lydiate, so we have rides to appeal to all levels of proficiency.”

She added: “I also would love to do mid-morning sessions for mums after they’ve dropped the kids off at school, as well as cycling focused activities for them in the school holidays. I’ve got a bike trailer for my grandkids which they love, so mums could bring their toddlers. Cycling UK have kindly provided us with four new bikes, and we hope to have a secured local base in spring 2018, where we can loan bikes from and do some cycle maintenance sessions too."

Wirral families enjoy winter pedal around the park View
Cycling UK continues to support the UK to cycle
This remains true during this difficult period with the ongoing threat of coronavirus Covid-19
Read our latest advice on cycling
Join Cycling UK to help us change lives and communities through cycling
Membership gives you peace of mind insurance, discounts in cycle shops, rides & routes
Join now