Emily Chappell: Where There's A Will

Emily Chappell: Where There's A Will

Read an extract of Emily Chappell's new book Where There’s A Will. Back in 2015, Emily who is one of the founders of The Adventure Syndicate, embarked on a formidable new bike race: The Transcontinental. 4,000km across Europe, unassisted, in the shortest time possible. On her first attempt she made it only halfway where she found herself suddenly on her back in a field, floored by the physical and mental exertion. A year later she entered the race again – and was the first competing woman to cross the finish line. Her memoir offers inspiration, motivation and a fascinating insight into a woman’s life devoted to cycling.

I woke up on my back. All around me the long grass quietly tossed and turned in the wind, and above me the moonless sky was fading from indigo to grey. For a moment or two I was blank, not knowing where I was – perhaps not quite remembering who I was – and lacked the energy to wonder how it was that I might have ended up here, in the corner of this field.

I turned my head to the left and saw the outline of my bike, lying in the shelter of the hedge. And there beside it were my orange helmet and my cycling shoes, neatly lined up as I always left them when I stopped for these brief snoozes. Now I remembered. I was in a race.

I had crossed the border into Slovenia a few hours before, and suddenly the world had darkened and quietened. Italy’s ubiquitous mopeds and bustling late-night gelaterias gave way to a smooth road that led me calmly through lightless villages, only discernible because my headlamp caught the yellow road signs that announced their presence, and past grassy fields, which I regarded with indecent longing until I finally, inevitably, gave in to my exhaustion, stepped through an open gateway, took my shoes and helmet off, and lay down on the ground.

The previous evening I had noticed myself becoming obsessed with sleep, the way an anorexic obsesses about food, unable to think of anything but what I denied myself, constantly making plans I wouldn’t allow myself to carry out, appraising every garden and grass verge I passed for its sleeping potential, but forcing myself to push onwards until I found the next one. I despised myself for my weakness whenever I caved in and lay down.

The race leaders were only sleeping twenty minutes a day. I had had over an hour in a park in Treviso that afternoon. That ought to be enough. I had been following a long, straight road that ran west to east, just north of Venice, and although it only passed through a few settlements large enough to be mapped as towns, it seemed constantly populated along its length with hamlets, and houses, and restaurants, and supermarkets, and where there weren’t any of these things there were farms and orchards and vineyards, mostly fenced off or separated from the road by a ten-foot ditch with water at the bottom, all apparently designed to prevent an exhausted cyclist from getting a moment of the sleep she persistently denied herself.

As the night drew on I stopped ever more frequently, for an espresso to keep me going, or a gelato that I only ate so that I could more legitimately ask the heavily made-up waitresses if I could use the bathroom, and if they might fill my bottle. Since the bottle was an aerodynamic, spaceship-shaped affair, designed to fit onto the aerobars of my bike, I usually had to explain, using pidgin Italian and sign language, what it was and how it was filled, and as closing time drew near I clearly failed at this, because a few miles down the road I discovered that the last waitress had in fact handed the bottle back empty.

I slept for ten-minute stretches on the grass outside a deserted garden centre, and in the woods between a shopping mall and a playing field, disturbed by a curious hedgehog who came snuffling through the scorched grass and very nearly walked into my leg, before turning tail and scuttling off into the darkness.

When I opened my eyes, blinking into the unexpected blaze of light, I saw a couple of silhouetted figures staggering towards me as if in a nightmare.

Sometime after midnight I was woken up by two sets of headlights shining straight onto me, and when I opened my eyes, blinking into the unexpected blaze of light, I saw a couple of silhouetted figures staggering towards me as if in a nightmare, while muttered conversations from the two cars, and a piercing female voice asking ‘esta male?’ told me that I had been wrong in my assumption that no one at this out-of town restaurant would notice an exhausted cyclist and a well-laden bike, briefly resting in its gardens. I leapt apologetically to my feet, grabbed my bike, and was on my way again before they were even back in their cars, wondering what they must be saying to each other about what they had just seen, and whether it would be with curiosity, disgust or downright pity that they remembered me.

Now I had left the clamour of Italy behind me, and Slovenia was silent. Few cars passed me – they were all on the motorway, which curved along the higher edges of this valley, often crossing a gulf or gully on enormous concrete stilts, while my smaller road edged gradually upwards along its floor. Alongside me, nothing but empty fields and darkened villages. Above me, the fading sky. All around me, the bullying wind.

Where There's A Will - Hope, Grief and Endurance in a Cycle Race Across a Continent by Emily Chappell is £14.99 and is published by Pursuit. 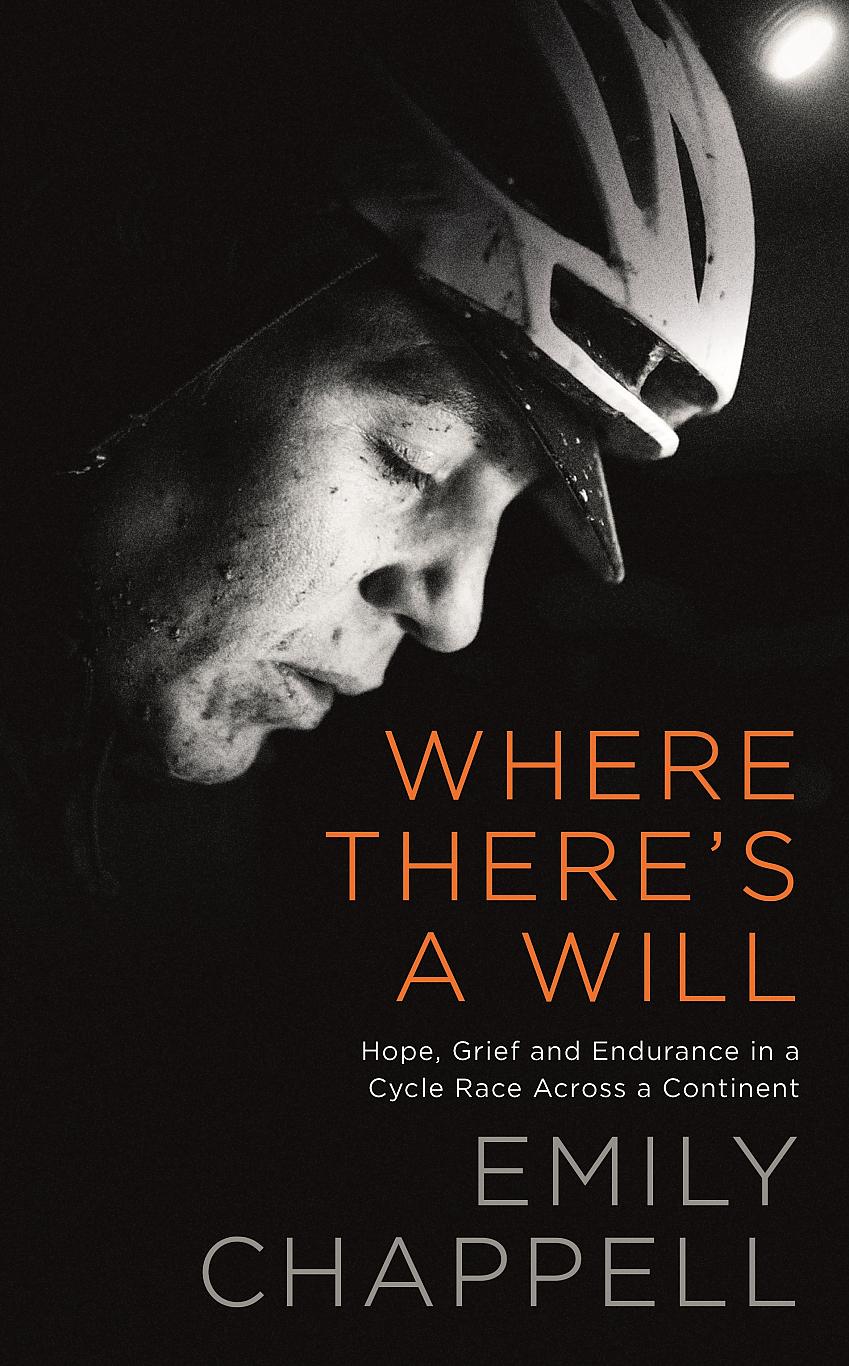 Women's cycling advice View
Cycling UK continues to support the UK to cycle
This remains true during this difficult period with the ongoing threat of coronavirus Covid-19
Read our latest advice on cycling
Join Cycling UK to help us change lives and communities through cycling
Membership gives you peace of mind insurance, discounts in cycle shops, rides & routes
Join now