Transport for London has announced it has secured public approval to go ahead with new safety standards to reduce the dangers of lorries to cyclists and pedestrians in the capital.

Under its proposals, due to come into effect in October, lorries will be categorised depending on the level of the driver’s direct vision from the cab.

From next year, lorries will need to achieve a minimum standard of safety to protect both cyclists and pedestrians, with minimum requirements increasing from 2024.

It marks another major landmark victory for campaign groups including Cycling UK which has been campaigning for vision standards on lorries in urban areas.

In years to come, people will wonder with amazement why more wasn’t done before now to restrict lorries with huge blind spots from city centres and urban areas alongside pedestrians and cyclists.

Duncan Dollimore, Cycling UK Head of Campaigns said "In years to come, people will wonder with amazement why more wasn’t done before now to restrict lorries with huge blind spots from city centres and urban areas alongside pedestrians and cyclists.

"But change has to start somewhere, and huge praise is due to the team at Transport for London for listening to the voices of those concerned about the safety of pedestrians and cyclists, and taking forward these ground-breaking proposals."

The Direct Vision Standard tackles this issue by minimising HGV’s blind spots as collision investigations found that restrictions in what drivers can see from their cabs is often a contributory factor in serious and fatal accidents. 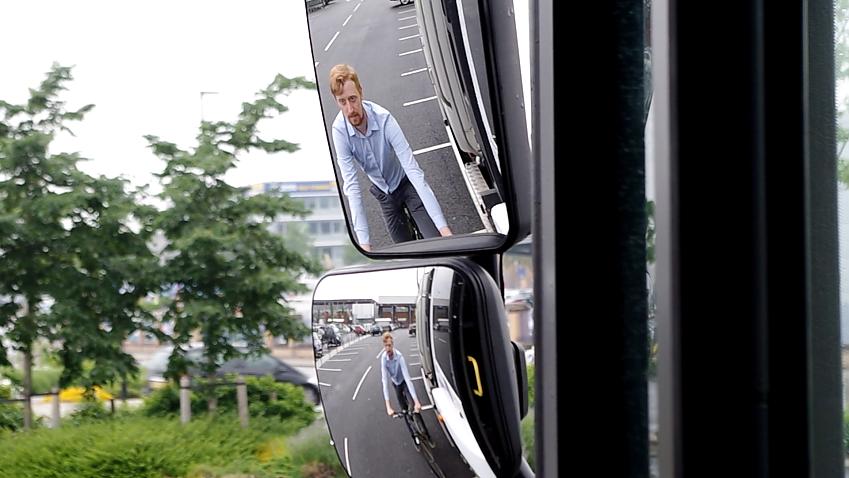 The preferred solution to the problem of lorry blind spots has historically been to add mirrors, cameras and sensors to vehicles, but studies showed drivers react more quickly when they can see cyclists and pedestrians directly.

In just a few months’ time London will become the first city in the world to introduce safety permits for lorries, reducing the chances of further heartbreak and tragedy on our roads.

“Improving HGV safety standards will dramatically reduce danger for both cyclists and pedestrians. This will enable more people to cycle and walk as part of their everyday routine – improving their health and helping tackle London’s toxic air," added Mr Norman.

Cycling UK responded to TfL's consultation on lorry safety, setting out a proposed roadmap to encourage the wider uptake of direct vision lorries throughout London, with a timetable towards certain lorries being banned from London's roads.

A key issue identified by TfL was the absence of any standards to measure, assess and compare the direct view available to drivers of different lorries.

Standards existed to measure the indirect vision afforded by mirrors, but not what the driver could see looking out of the cab windows.

TfL is now inviting the public to have their say on a final consultation which presents the final scheme proposals and gives people the opportunity to feed back on the proposed traffic regulation order required to implement the scheme.

This further consultation follows three rounds of consultation in 2016, 2018 and 2019, firstly on the principles of a Direct Vision Standard and then a proposal for an HGV safety permit scheme.

Improve lorry safety to make cycling and walking safer: why wouldn’t you? View

Visibility standards for HGVs and PSVs

Britain needs to have control over foreign vehicles entering UK surely, if the  policy of raising visibility standards is to be at all effective ? -And what percentage of accidents are attributable to non-UK registered vehicles I wonder?.