Sir David Attenborough sent a letter of congratulations to 12-year-old Izaak Yeoman after he completed an epic 700-mile cycle ride from Woking to Gland, Switzerland to raise money for endangered pangolins. Cycling UK Communications Officer, Christina Bengston sat down with Izaak and his dad Gregory to find out more.

A short time after returning from his cycle ride from the World Wide Fund for Nature (WWF) UK office in Woking to their international base in Gland, Switzerland, Izaak was thrilled to receive a hand written letter of congratulations from his wildlife hero Sir David Attenborough. ​

Congratulations on such a splendid result for your epic bicycle trip! 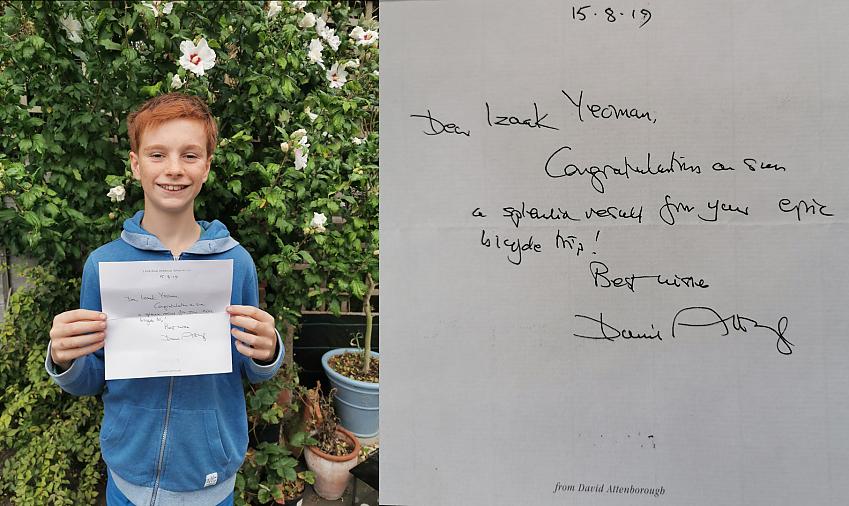 Izaak and his father Gregory set off from WWF UK headquarters in Woking, Surrey on the 22 July, and travelling along the Canal de la Marne and over the Jura mountains arrived at WWF's international headquarters in Gland, Switzerland on the 5 August.

Prior to this challenge, the longest ride Izaak had completed was an 80 mile weekend trip from Reading to Bath.

Izaak explains the reasons behind his epic challenge ride, “I read that someone had cycled five miles to raise money, and I wanted to do something similar for pangolins.

“Originally I thought I’d do 100 miles but it just got bigger and bigger and then ended up being a trip all the way to Switzerland!”

After careful planning by his ex-cycling tour guide father, Gregory, their journey didn’t present too many problems for the cycling duo except the unexpected heatwave that hit Europe the day they set off.

"The heat was hard to cope with," said Izaak. “But I got used to the hills. By the end of the ride I found them all quite easy but at the beginning of the journey the heat was really tough.” 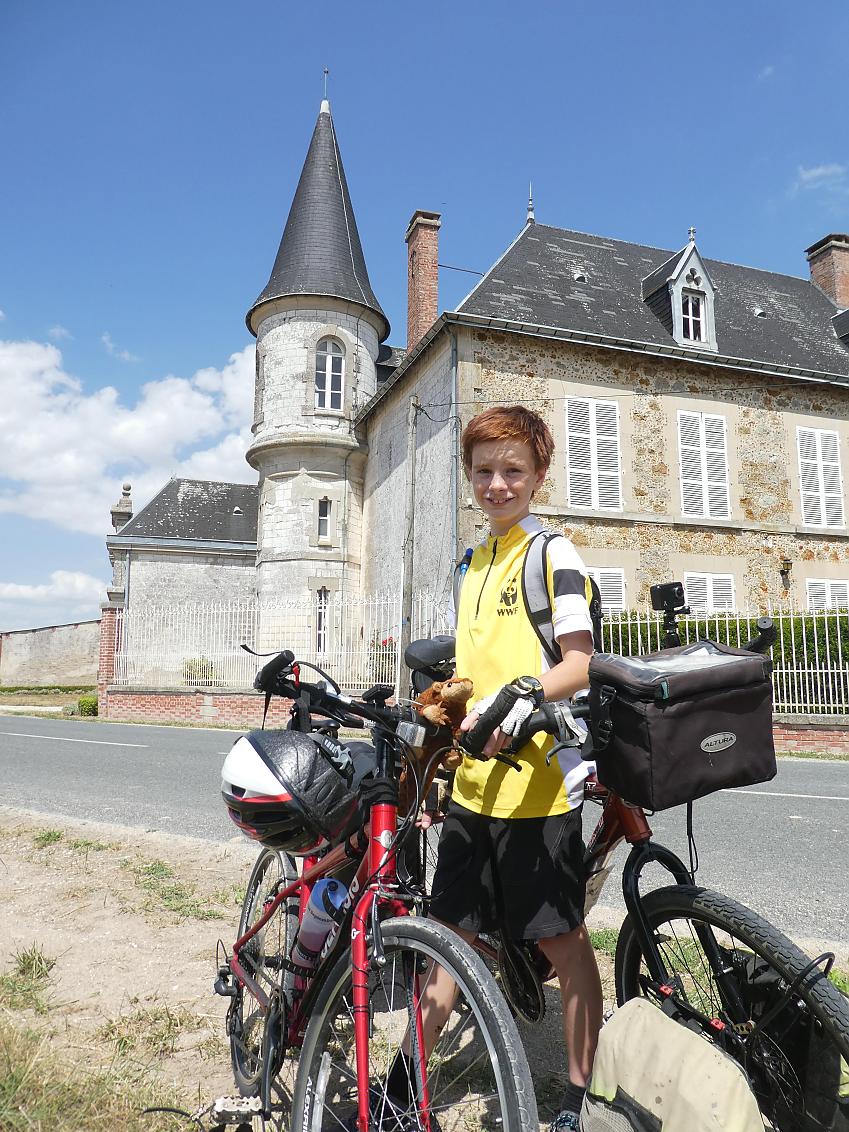 "Aside from arriving at the finish on the last day there was a three chevron hill around 14-15% gradient. Very steep and very long." said Izaak

“I didn't want to walk up it. I was determined. And I got up it and that was really nice."

Gregory added that one of his highlights was arriving at the WWF International headquarters.

“We cycled right into the building, we cycled through the main doors and suddenly there was loads of people applauding and cheering and someone dressed in a panda suit.”

Marco Lambertini, Director General of WWF International was one of the people waiting to meet the pair when they arrived in Gland and he spoke to Izaak.

“He thanked me and said he was really impressed," said Izaak. "He said that he wouldn’t have been able to cycle that far when he was my age.”

“He was also pleased Izaak had chosen pangolins, because not many people know about them," added Gregory. "They are a critically endangered species but yet under the radar.

“Hopefully we’ve raised a lot of awareness about them." 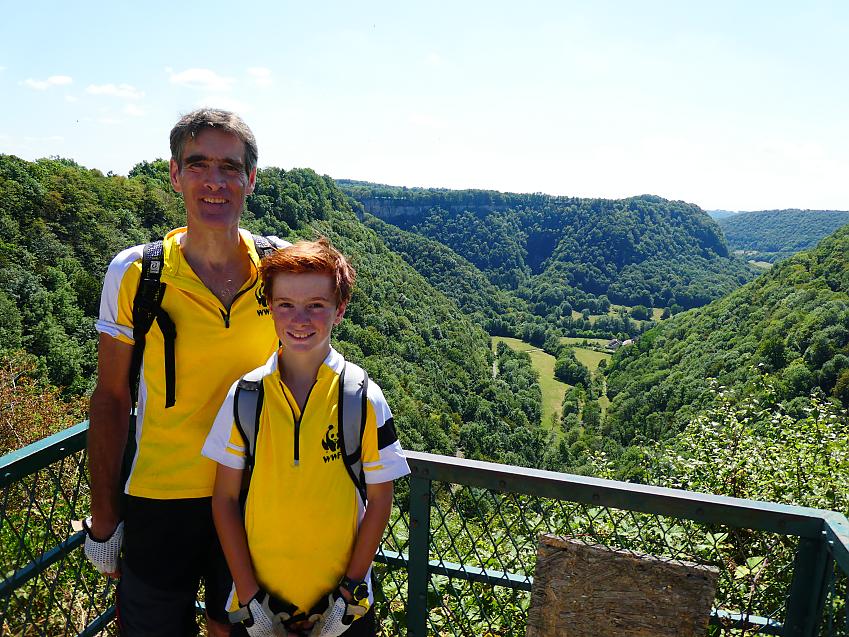 Cirque de Ladoye on western side of the Jura

Why pangolins and what is a pangolin anyway?

"Pangolins are my favourite animal," said Izaak when asked why he chose this relatively unknown mammal.

"They are the most trafficked mammal in the world," he told Cycling UK. "If humans don't intervene they're going to go extinct very soon."

The eight species of pangolins are found in Africa and Asia and all are protected under international law with two species listed on the IUCN Red List of Threatened Species as critically endangered.

Poachers have hunted more than one million pangolins in the past decade. Their meat is considered a delicacy and their scales used in traditional medicines sold in China and Vietnam.

Advice for others taking on a long-distance challenge

Gregory also had some practical tips, “The key things are bungees, cable ties, plastic bags, if you have those things you’ll be fine. And dental floss, which is great for sewing things up like tyres and panniers.”

If you're a Cycling UK member and have an interesting cycling story which you would like to share with us, get in touch with the Communications Team. 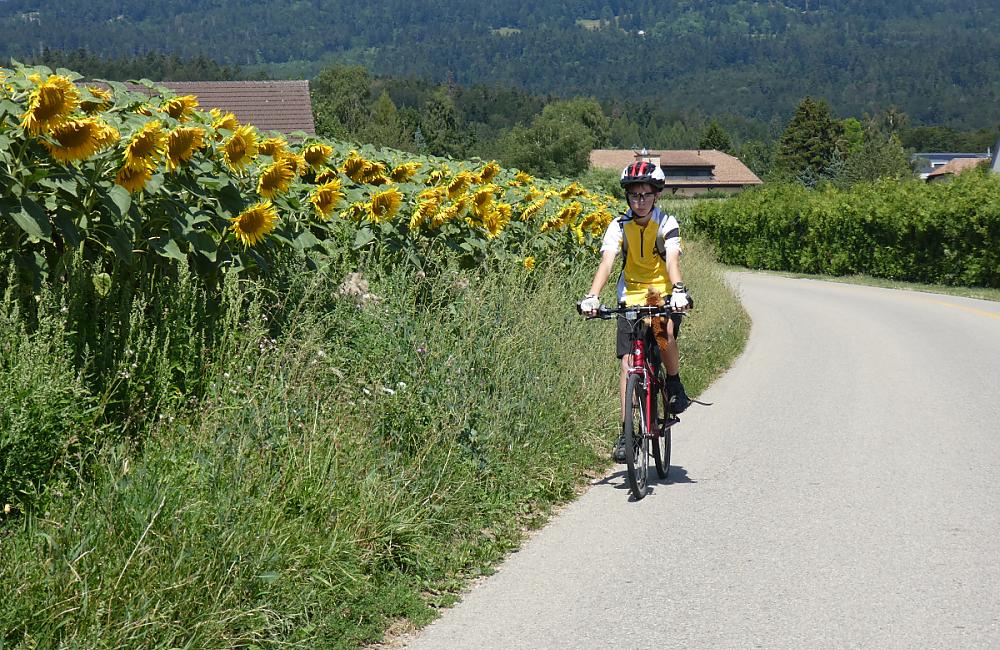 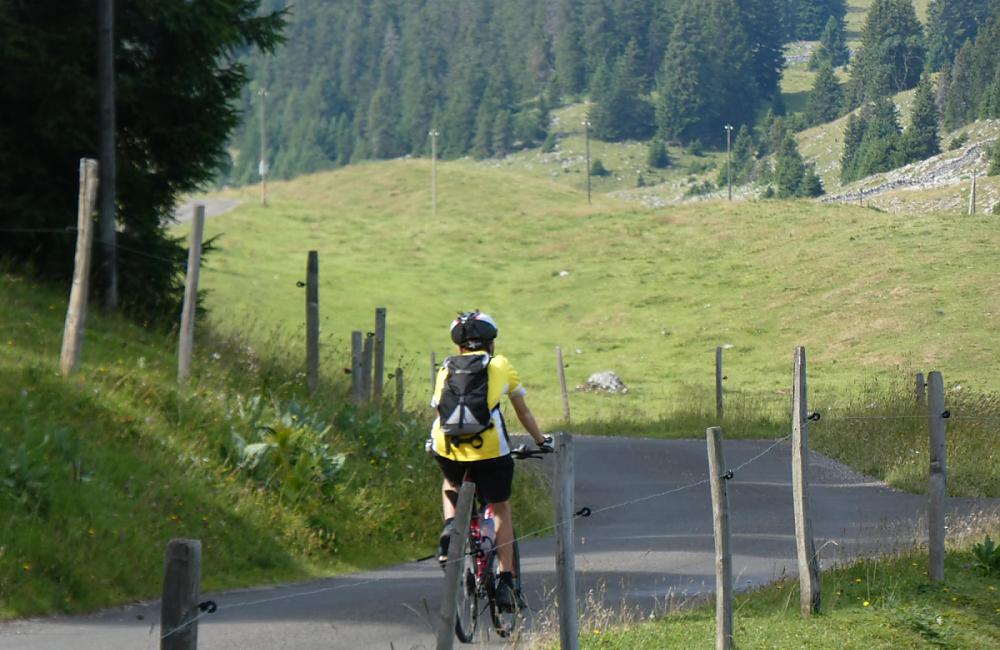 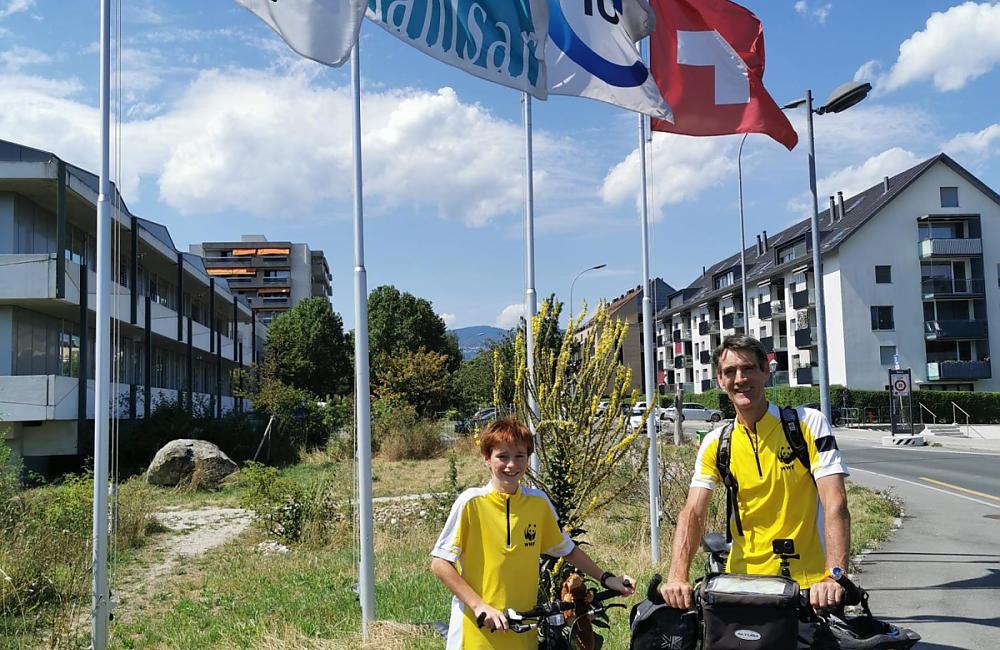 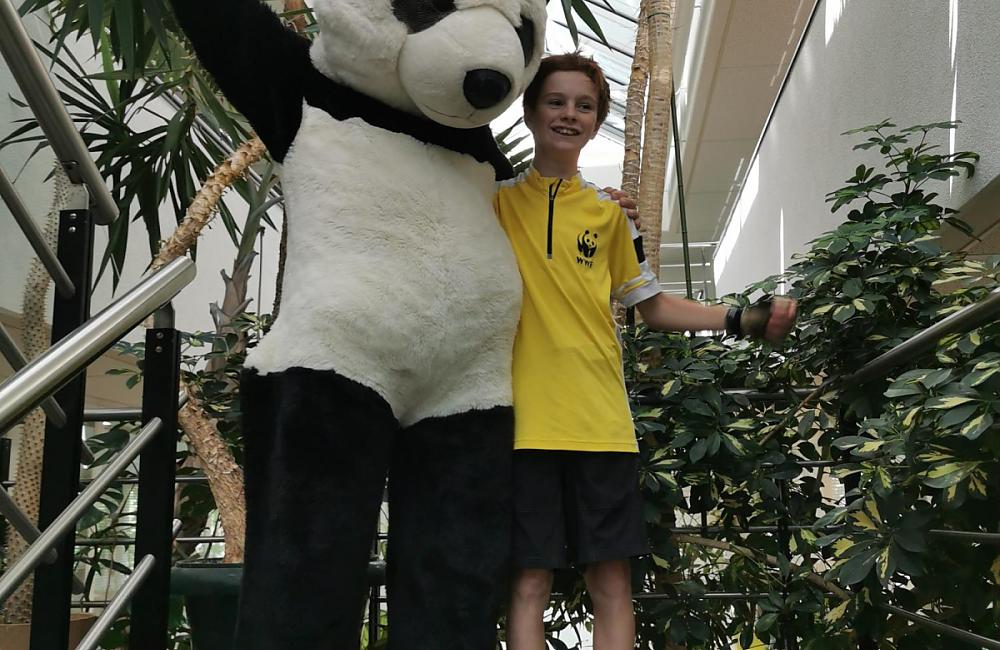 Donate to the pangolins

Izaak in the news

The ride in numbers

Most miles covered on one day: 75 miles

Izaak rode a Genesis eight speed bike with 24" wheels that he's had for two years.

Gregory rode a 2004 Giant XTC3. No suspension. Front and rear panniers with a bar-bag.