Chris Crompton on the far right with fellow campaigners being presented an award by Chris Boardman
By Anonymous
Wednesday, 20 October 2021

Chris Crompton, died of cancer on Monday the 4th of October.

My Dad, Chris Crompton, died of cancer on Monday the 4th of October.

He used to talk about how, as a youth, he cycled around Lancashire and sometimes further afield from his home in Clitheroe, but it was really in his late 40s that he rediscovered cycling, joining some work friends to ride through Spain and into Morocco on part of a trip they were making to South Africa.

After that, he regularly toured with friends in France, Corsica, Spain and Portugal, latterly following variants of the Camino de Santiago. He also enjoyed charity bike rides around England, completing the Salisbury Century/Wessex 100 many times, and Morecambe - Scarborough twice, along with many others. I joined him on many of these, with various other friends, and as due to his many other commitments he rarely prepared, we were usually among the last to finish, sometimes arriving back after the marshals had packed up and gone home. 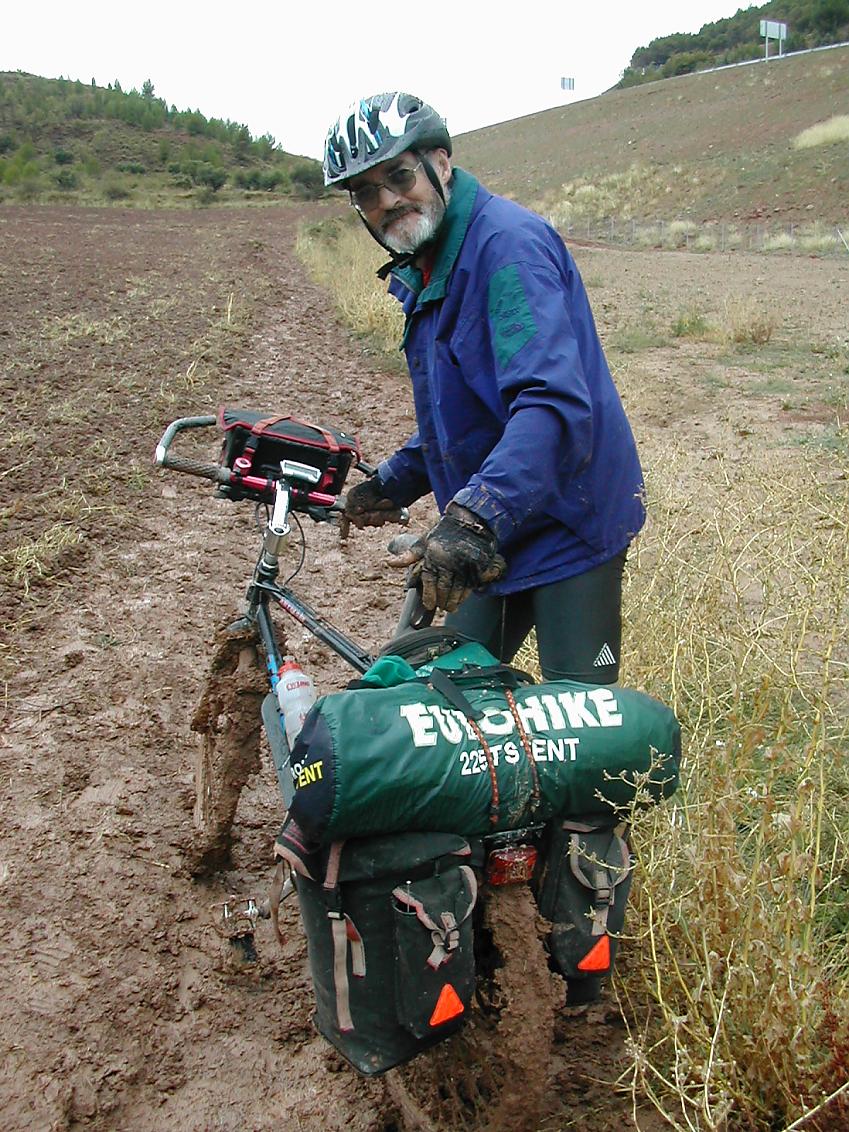 Chris on a ride from Devizes in Wiltshire to Santiago de Compostela, via Portsmouth - St Malo ferry, which took about 5 weeks. Photo: Rob Milner

After a busy career based in Wiltshire as a freelance electronics engineer, with sidelines as a health food shop proprietor and company director, he semi-retired to Menai Bridge in North Wales. There, he became involved in the local Chester and North Wales cycling groups, joining and then planning and leading rides. He was also active in campaigns, and was delighted to be one of a group presented an award by Chris Boardman for their campaign for cycle facilities to be incorporated in the Caernarfon bypass.

It was after he found he couldn’t keep up on a tour of Catalonia in 2016 that he discovered he had Chronic Lymphocytic Leukaemia. This only slowed his pace, not his enthusiasm, and seemed like a long term condition that could be managed. He bought an electric bike so he could keep up on Eryri group rides, and kept on cycling regularly until treatment for skin cancer prevented him. He yearned to get back on the bike, and managed a handful of rides in the last two years when he was well enough, before the cancer spread and led to his rapid decline and death.

Many, including me, will remember him when the inevitable Kudos fails to appear following rides logged on Strava. He will be sorely missed.