For the first time since the 1960s, elite bike racing returned to Birkenhead Park with Leverhulme Grand Prix Bike Race 2018. Chris Alston was there.

On 22 July, Birkenhead Park, the first publicly funded park in Britain, became the new home of the annual closed-circuit race, previously hosted by Birkenhead North End Cycle Club and the Bike Factory cycle store in Chester.  This year, the event was delivered with a new and improved race schedule, including junior, youth, adult female, male and para-cycling categories. The main event was named the Leverhulme Grand Prix and featured elite and category 1 racers.

The event was supported by Cycling UK, British Cycling, Cycling Projects (Wheels for All) and the Bike Factory, which provided e-bike demonstrations and Dr Bike sessions. The event village had a festival feel to it and was well attended by the public, who watched the competitive racing whilst listening to music and sampling tasty treats provided by local catering outlets. Cycling UK Jelly Beans were given out to the many not the few.

Among the competitors was the Lloyd family of Birkenhead North End Cycling Club, who raced hard and achieved places on the podium. Mum Claire finished 4th in the women’s race, whilst Oscar, aged 10 and his sister, Amelia, aged 7, finished 3rd and 4th in their respective junior categories. They celebrated in style with their retro Cycling UK hats. 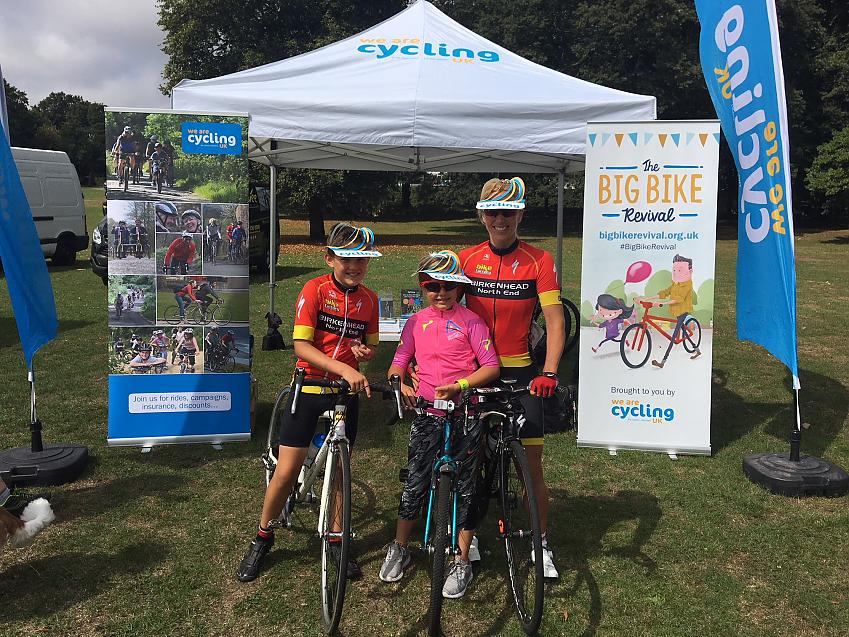 The Lloyd family all did well in their respective categories

Janet Atherton, Cycling UK Trustee, said, “Seeing the Leverhulme Grand Prix coming to fruition after months of hard work from the Pedalare team and Birkenhead North CC was fantastic. It was a real pleasure to spend the day helping out on the Cycling UK stand with Chris Alston. We talked to lots of families throughout the day and Chris’s demonstrations of bike safety checks and punctures really helped attract people to our stand – and were much appreciated by everyone.

“It was good to be working alongside Cycling Projects who run local rides, including Wheels for All, and British Cycling – celebrating the thriving cycling scene in Wirral.  And the e-bikes on the neighbouring stand were also great for a quick whizz round the park to take a bit of a break!” 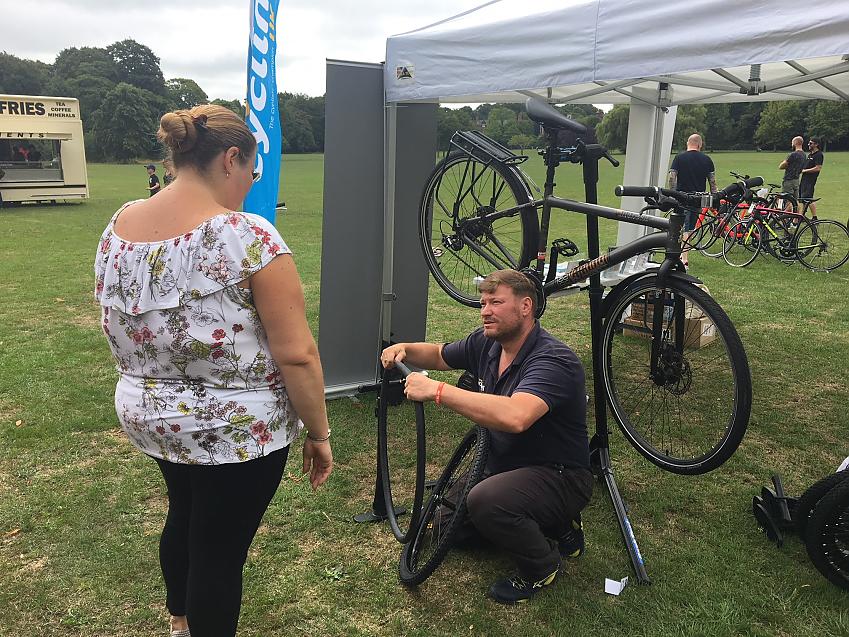 Local resident Jane Sumner visited the Cycling UK stand, having recently purchased a trike so that she could keep up with her son Lucas, who loves to ride his bike as much as possible. New to cycling, Jane took part in the cycle maintenance sessions, learning hints and tips on how to prevent punctures form occurring and how to repair them if they do.

I can't wait to see where our bikes take us next!

Jane said, “My son really enjoys going out on his bike, so much so that a year ago I bought one so that I could keep up with him! I thought the Leverhulme Grand Prix would be a great local event to watch together and introduce him to bike racing.

“I had just bought a new helmet for him, but it didn’t seem to fit right. I was looking for a stand at the event to help me out. Not only did Cycling UK do that, but they also talked me through a great list of important checks on our bikes that I had no idea about beforehand!

“I’m also now fully prepared for any punctures that may arise, as before I didn’t even think about taking any spares or repair kits out with us and wouldn’t have had a clue what to do, but now I feel confident should anything happen.

“I can’t wait to see where our bikes take us next!” 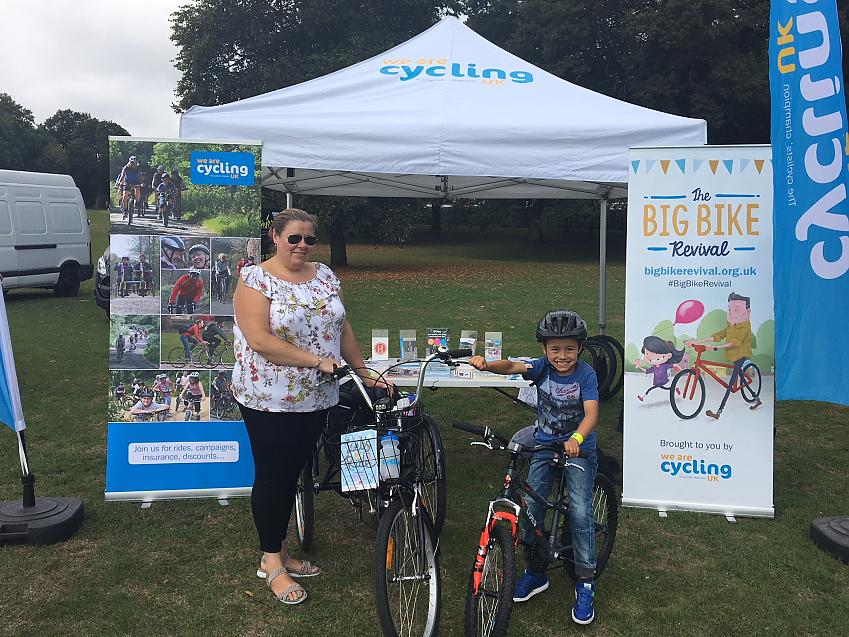 Pedalare Events intend develop the event over the next couple of years, making it one of the highlights of the national cycling calendar. With their passion for cycling and the expertise and desire shown by Birkenhead North End Cycling Club, there’s no doubt that this will be achieved.