Annabel Killey is part of Cycling UK's 100 Women in Cycling 2019 list for her incredible bravery of turning a personal tragedy into a cycling awareness campaign.

Eleven year old Annabel's life was turned upside down when in February, her mother Clare, 45, was killed in a crash involving three cars, while out training on her bike in Speke, Liverpool.

Just a few days after the crash that took her mothers life, Annabel bravely announced that she would be cycling to school. 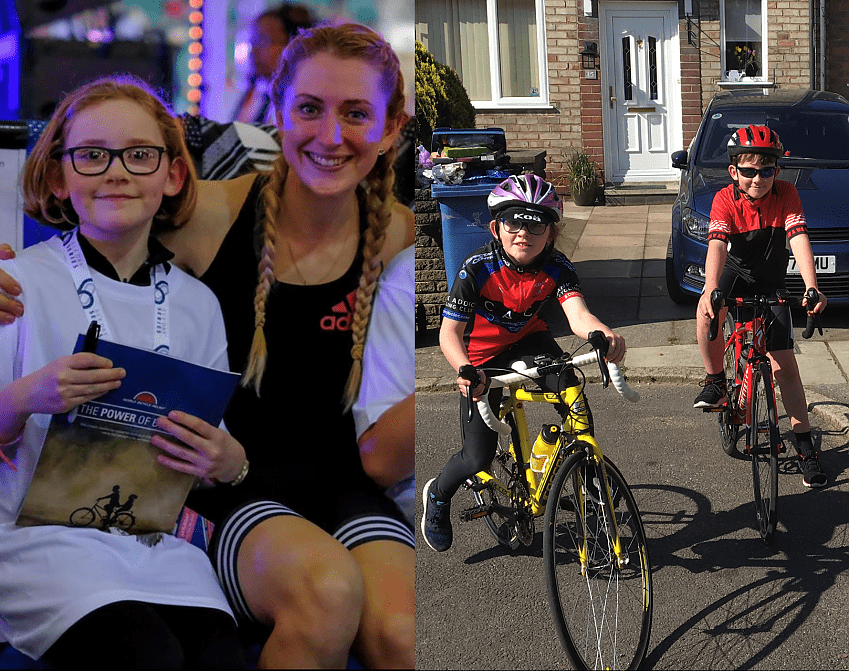 Annabel then went on to create a cycling awareness campaign called Be Aware For Clare.

Her awareness raising poster, which includes a picture of Clare drawn by Annabel was shared on social media and quickly went viral with thousands of shares. 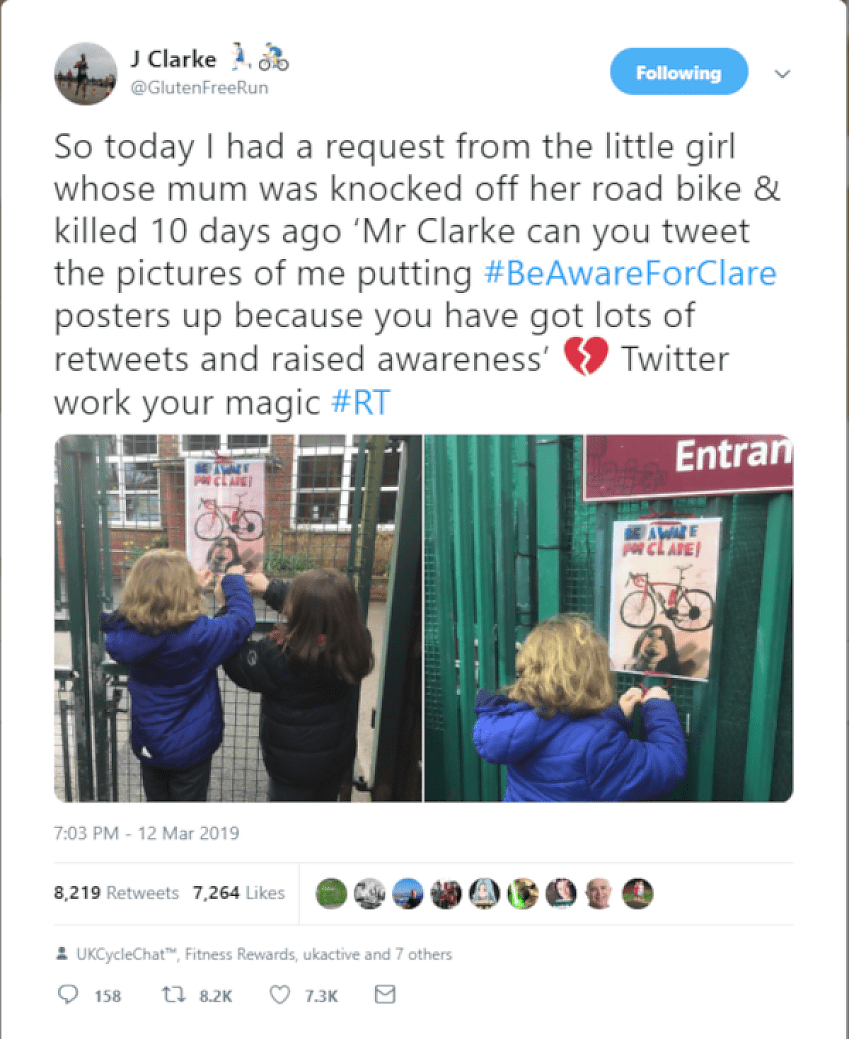 Annabel, her father Peter and older brother James all wanted to do something positive to keep Clare's memory alive and help prevent similar incidents.

Peter said: "It can only be a good thing to promote better understanding between drivers and cyclists.

It can only be a good thing to promote better understanding between drivers and cyclists.

Annabel's mother Clare was an experienced cyclist who rode at least twice a day reaching a massive 6,000 miles on her bike in 2018. She also achieved over 100 'Queen of the Mountains' segments - meaning that she posted the top time on one of Strava’s millions of global 'segments' - around her local cycling area. 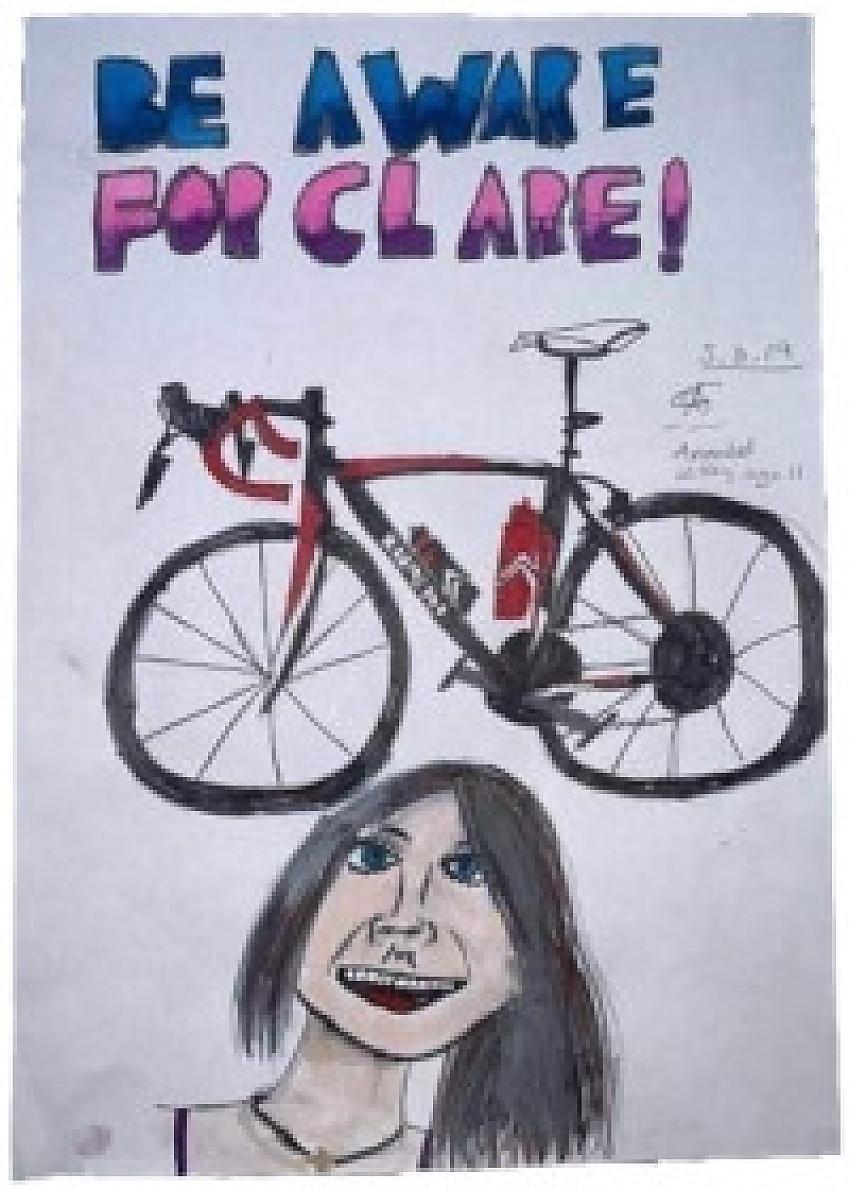 Attend an event View
Cycling UK continues to support the UK to cycle
This remains true during this difficult period with the ongoing threat of coronavirus Covid-19
Read our latest advice on cycling
Join Cycling UK to help us change lives and communities through cycling
Membership gives you peace of mind insurance, discounts in cycle shops, rides & routes
Join now